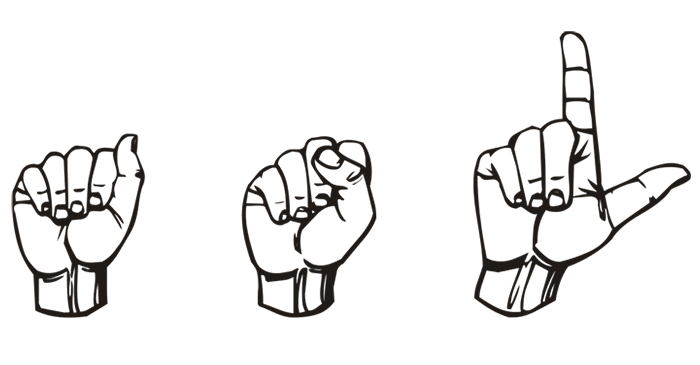 While the human ear houses the three smallest bones in the body, it has some of the most eminent capabilities: eliciting communication and sensations of security, safety and pleasure.

But one in eight people in the U.S. do not have these luxuries, according to the National Institute on Deafness and Other Communications Disorders. Therefore, many of these individuals practice the art of American Sign Language, or ASL. The American Sign Language Club honors and engages in this art every Tuesday, practicing the alphabet and learning other signs.

Liu joined the club last fall, identifying a school for the deaf near her high school in Dalian, China as the source of her interest.

Club president senior Chandler Shapiro, on the other hand, joined out of her desire to become an ear, nose and throat doctor.

“I want to be able to communicate with my patients instead of going through a translator,” Shapiro said.  “It’s just a better patient experience if you make them feel like they’re included.”

Shapiro also expressed a fascination with cochlear implants, the controversial electronic devices that restore sound for those who are deaf or hard of hearing.

Upon receiving the implants, individuals are acclimated to the hearing world and no longer need ASL, ultimately committing what some consider cultural genocide.

“It’s a very emotional subject for the deaf,” said the club’s ASL instructor Teri Mossman, explaining she can see both sides of the argument. “I love ASL, and I don’t want to see it go.  I don’t think it will, but I can see where maybe fewer will use it.”

The cochlear implant controversy stems from the disruption of ASL culture.

“It’s just like any other language,” Shapiro said. “Spanish has a whole culture. French has a culture. So do deaf people.

Deaf people have literature, art, history and, of course, ASL.”

Despite the cultural factor, ASL does not fulfill Wake Forest’s foreign language requirement, as it does at many other colleges and universities.  Wake Forest does not offer ASL classes or accept credit for ASL classes taken at other schools.

“I think Wake Forest would have a huge turnout if they were to offer it,” Mossman said. She transferred to University of North Carolina at Greensboro for the third year of her undergraduate education to pursue ASL, and later received her Master of Education, specializing in the teaching of deaf and hearing-impaired individuals.

According to Christa Colyer, professor and member of the faculty group Committee on Academic Planning (CAP), the idea of accepting ASL classes for credit was addressed last spring.  While the discussion is still in a deliberation phase and has yet to be presented to all faculty, many CAP members were “very supportive,” according to Colyer.

Mossman encourages students in the club to capitalize on opportunities to “turn their voices off,” like attending silent dinners. The first Friday of every month, the Winston-Salem deaf community hosts a dinner at Hanes Mall and invites anyone who wants to practice sign language and learn about Forsyth County deaf culture. Liu has attended two of these silent dinners.

“I felt so happy and accepted when I communicated with them,” said Liu, who expressed her gratitude for their patience when she didn’t know certain signs and spelled out the words instead.

“Sometimes when we talk, we look around and get distracted.  But when you can’t hear, you have to really look at the person and look at facial expressions and body language,” Liu added.  “I felt so connected.”

The American Sign Language Club meets at 5:45 p.m. every Tuesday in ZSR room 476.  No experience is necessary for students to attend.