Protect yourself from influenza while you can 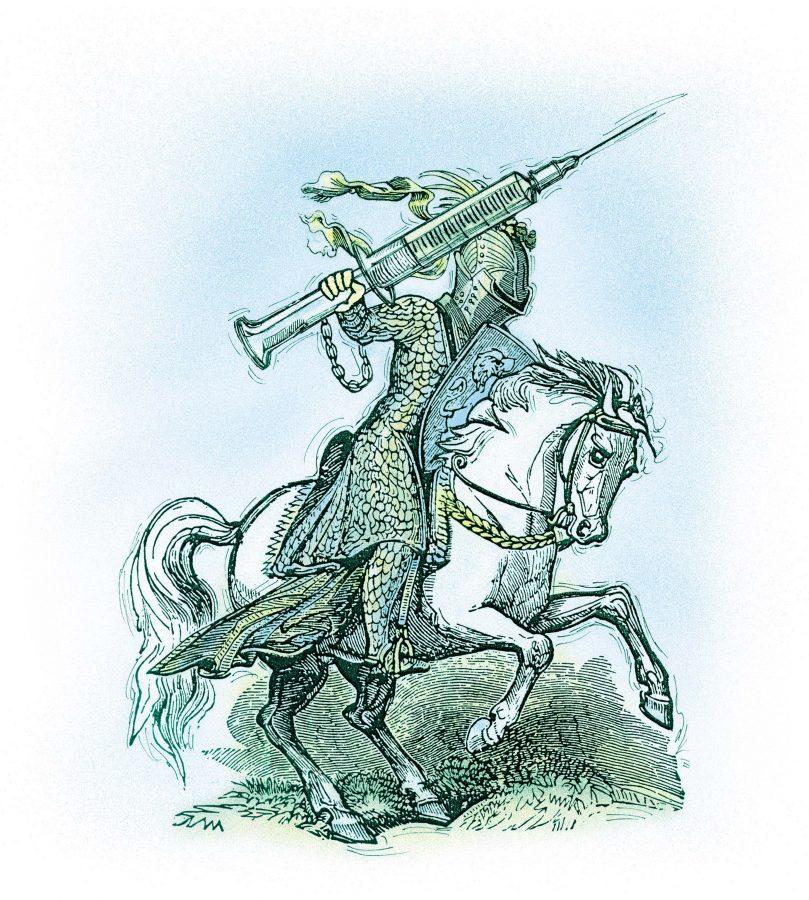 As Ned Stark was fond of saying, winter is coming, and that means so is the flu.

All kidding aside, though, influenza is no joke, and immunizations are of utmost importance.

Thankfully, flu shots are offered for relatively cheap at a number of places on or near campus. It’s actually much easier than you’d think to get a flu shot, and the longest part about it is probably going to be the wait at Student Health or the pharmacy.

Where and when do I get it?

Student Health Services provide flu shots all throughout flu season, which begins in December, but you have to keep in mind that it takes a few months for your body to build up its defenses after you get the shot.

All you have to do is go online or call to make an appointment.They also hold clinics in late September and early October where students can get flu shots without having to go all the way to the SHS trailer in Lot Q. These are usually held in Benson or ZSR so you can drop by on your way to dinner or study group.

If you’re unable to make it to one of these clinics and don’t feel like going to Student Health, most of the pharmacies near campus — Harris Teeter, Publix, CVS and Walgreens — also offer flu shots around the same time period.

How much will it cost me?

It depends on where you go to get your flu shot, but it shouldn’t cost you very much, and it’s worth it regardless.

At most pharmacies, a flu shot costs around $32. However, at Student Health, the shot is $27 and can be paid in cash, check or card at the door or billed straight to your account.

These prices might seem a bit high, but remember that the vaccine can keep you from getting the flu altogether, or at the very least, can minimize your symptoms.

Why should I care?

I’m not sure if you’ve ever had the flu, but as someone who’s had it twice — both times because I didn’t get the immunization for whatever reason — I can tell you it’s a very nasty experience. Imagine the worst cold you’ve ever had, and then multiply it by about 50.

According to the Harris Teeter website, influenza caused Americans to miss over 52 million work days last year alone. That’s kind of a big deal if you’re being paid by the hour.

Even more importantly, the flu is not just a minor inconvenience.

Pediatrician Dr. Elizabeth Young says that college students are among the most susceptible to the illness with some of the most severe consequences.

“Young, healthy people your age are some of the most likely to die from the flu,” Young said. “Most people wouldn’t think that, but y’all live in close proximity to one another, and sickness spreads rapidly — you’re basically living in a petri dish.”

If that’s not a reason to get vaccinated, I don’t know what is.

The flu is not a fun thing to have, and it’s not something I would ever wish upon even my worst enemies. The moral of the story is: do everyone — yourself included — a favor, and go get vaccinated. You’ll thank me later this year when everyone else is suffering from the flu.