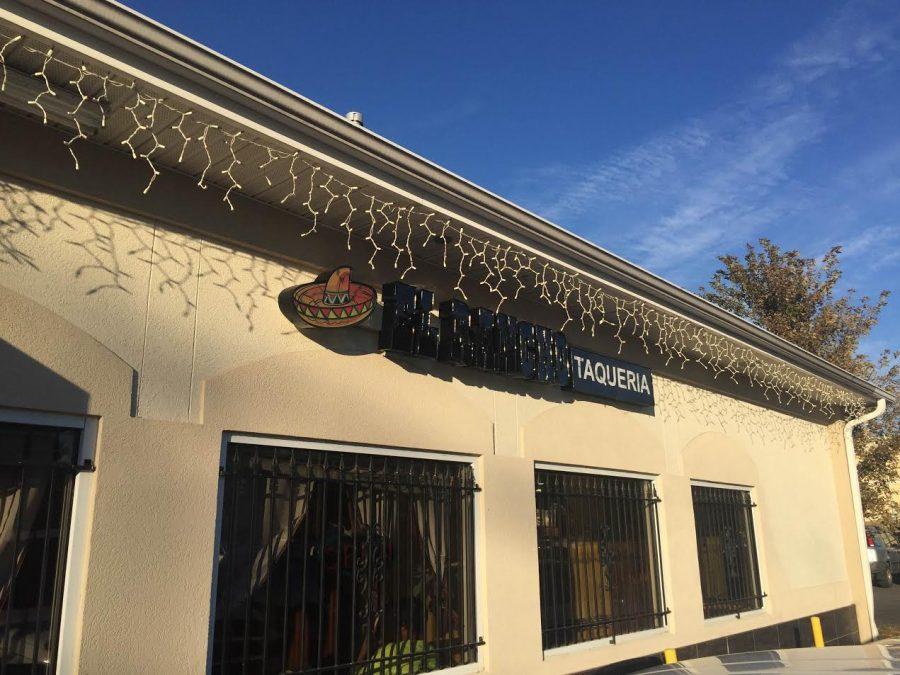 What El Rancho lacks in glamor, it makes up for in affordable mouth-watering and authentic dishes.

Space is limited inside the narrow building as guests sit elbow-to-elbow enjoying heaping plates of food. An apparent family favorite, guests of all ages flood the doors for El Rancho. Waiters and waitresses greet familiar customers in Spanish, conversing with ease while maintaining a sharp focus on their tables. The community atmosphere is comfortable, even as an outsider.

The extensive menu includes recognizable Mexican favorites including burritos, chimichangas, nachos and quesadillas. Less known, however, are the chili verde and chili rojo: tender chunks of marinated pork smothered in sauce. Every dish around me oozed with melted cheese or sizzled with meat fresh off the grill. Restaurant “platillos tipicos,” or typical meals, include tacos, burrito, tortas, enchiladas, huarache and gorditas.

I opted for the taco plate: four corn tortillas with chicken, pork or beef topped with cilantro and onion. The doughy taco overflowed with shredded chicken and a blanket of cilantro lay atop the tacos. The meal was served with lime wedges to squeeze for extra flavor. Our waitress brought a selection of salsas, too, ranging in spice and heat. The tacos were flavorful on their own, but the salsas added an extra kick.

The chile verde was an unexpected favorite. The tender chunks of melt-in-your-mouth pork was complemented by a verde sauce. This dish came with a side of refried beans and rice. We happily cleaned our plates in a matter of minutes.

El Rancho’s most attractive trait is their prices without a doubt. The taco plate is just $6.36, a refreshing difference from The Porch’s $9 chicken tacos and $11 steak or shrimp tacos. The Super Nachos — tortilla chips topped with meat, beans, cheese, pico de gallo, sour cream and guacamole — are just $7.39. At on-campus option Moe’s Southwestern Grill, chicken nachos are $8 and steak or pork nachos are $8.50. El Rancho’s affordability is attractive for students wishing to eat off campus at a low price.

At first glance it’s easy to overlook El Rancho’s small, white building. After dining with them, however, you’ll deem them unforgettable. Authentic and affordable, El Rancho Taqueria is a favorite in the Winston-Salem community.