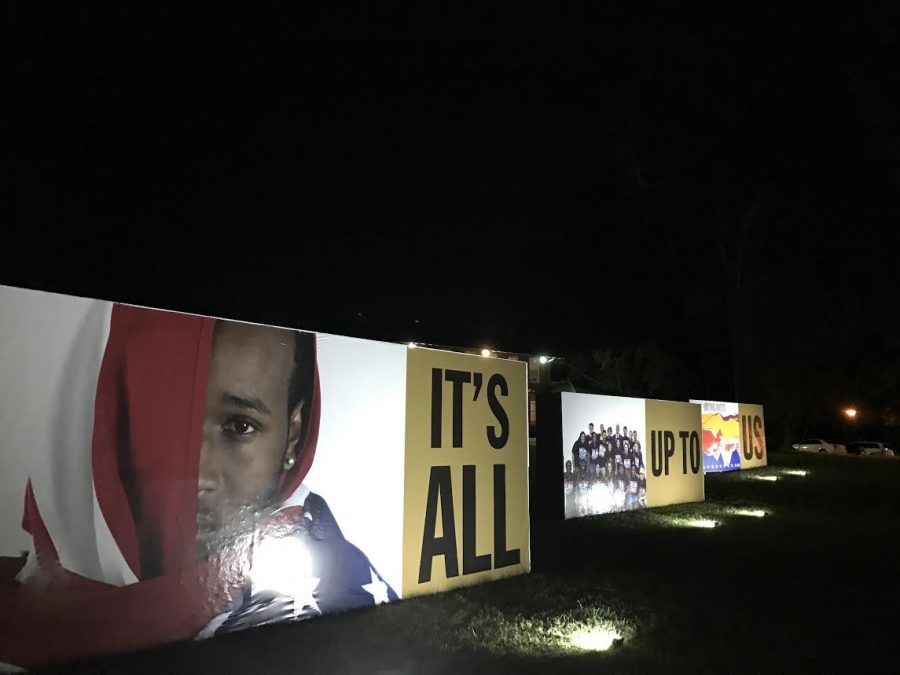 The air is different around this presidential election. Years of accumulating frustrations with the political system have voters reacting differently to candidates and their issues.

The new Wake the Vote hub on campus shares different methods of political involvement through artwork, discussion and spoken word with the launch of the “Up to Us” exhibition.

“Inspired by the observations and experiences of students participating in the Wake the Vote program, the exhibit includes more than 35 works by 12 national artists,” according to a press release from Wake Forest News. “Interactive spaces center on four election issues: education; immigration; guns, community violence and policing and voting rights and youth political participation.”

Targeting younger voters is essential as low voter turnout among millennials is an issue in modern politics. According to the Pew Research Center, only 46 percent  of people aged 18-29 voted in the last presidential election, the lowest voter turnout of any age group. Increasing voter turnout, especially in battleground states such as North Carolina, gives young people significantly more influence in the political process.

A major part of the Wake the Vote initiative includes getting students directly involved in the political process. This summer, the team traveled to both the Republican and Democratic national conventions, which ultimately inspired the creation of the future hub.

“A few of the leaders of Wake the Vote got together and decided that something we saw in Philadelphia at the Democratic National Convention would be great to bring here,” said Hannah Dobie, a senior involved in Wake the Vote. “We took ideas from their ‘Truth to Power’ hub and brought them to Wake Forest.”

At the launch of the hub on Sunday, Oct. 9, artists presented their work to guests. The artwork centered on themes of criminal justice, the right to vote and political empowerment.

A self-portrait of an African American man painted on stacks of his own police records, a fluorescent light boldly questioning if America truly is the “Land of the Free?” and an imitation voting booth tracking the history of voting rights in America were among the featured pieces.

Intended for all students at Wake Forest, the event included free food trucks, panels, spoken word performances and a debate viewing party at night. Those involved with Wake the Vote stress the importance of expanding beyond the community of typically political students.

“There are only 30 days until the election, so until then we will have frequent speakers and panels at the hub,” Dobie said. “We want college students to recognize just how important it is to vote but also to think about the importance of elections.”

Students who attended the launch and the subsequent debate viewing party recognized the community that Wake the Vote is attempting to pursue — a community of informed millenials with their own political ideas and an understanding of the importance of voter turnout.

“I thought it was a great event that brought the conversation of current and previous civic engagement to a place that needs to focus on it at a time when it needs to be talked about,” said Student Government secretary Danny Reeves.

Throughout the rest of the election season, Wake the Vote members will continue efforts to encourage political involvement on campus. Their messages of empowerment and the necessity to vote permeate their campus campaign.

“A lot of this has been up to us; this is all student coordinated,” said Lucy Porter, a freshman member of Wake the Vote. “It’s up to us to generate this atmosphere and bring awareness to campus. Just like it’s up to us to vote and make a change beyond our community.”