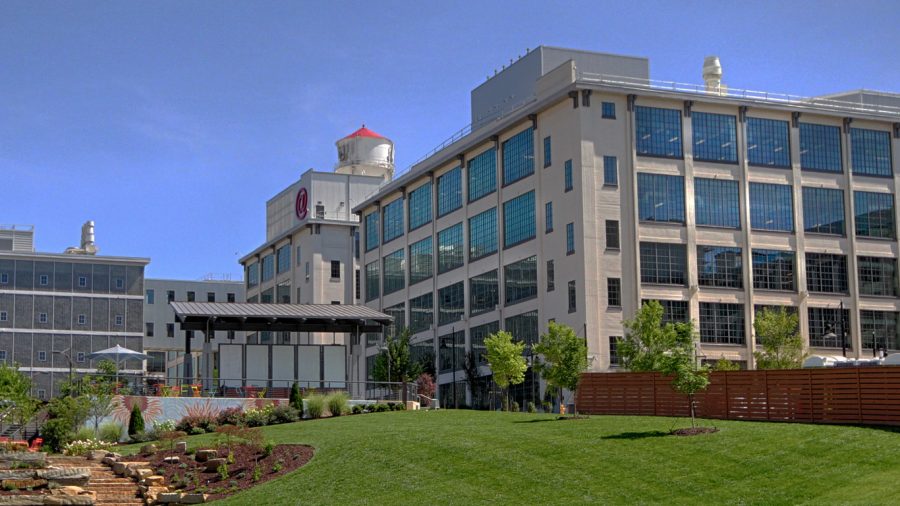 Downtown Winston-Salem has experienced a less-than-stellar reputation in the past, but businesses and institutions have recently challenged preconceived notions of safety in the area by expanding their operations downtown.

Wake Forest announced in March that the second half of Building 60 in the Innovation Quarter will open in January to host undergraduate biomedical sciences and engineering classes, accommodating more than 300 undergraduate students and neighboring the new Wake Forest School of Medicine.

As news spreads, questions about the security of downtown Winston-Salem linger, even amid rapid urban development and lower crime index ratings.

Mckenzie Ziegler, a Wake Forest alumna who is now a development associate for the  university, said she feels safe downtown. She lives in the residences at the Kimpton hotel, located in the historic RJ Reynolds building on Main Street.

Every day after work, she parks on Church Street and walks up a side entrance to the art deco hotel. She said the only times she doesn’t feel the same sense of security is when she is walking alone at night, especially if all the bars have closed and the street resembles a ghost town.

“Ten years ago, downtown was scary,” she said. “You just didn’t go downtown. It wasn’t safe. Even though it might still carry a stigma in some people’s minds, downtown has completely transformed in the past 10 years. It’s a place where people are working and walking — there’s so much more life.”

Ziegler, who lived at Deacon Station as a senior, said she remembered feeling much safer downtown than in the neighborhoods across University Parkway surrounding the Wake Forest Reynolda campus.

Meanwhile, when evaluating crime statistics for the downtown during the same period, the Winston-Salem Police Department (WSPD) report three issues with security in the immediate area surrounding the Innovation Quarter.

The area is currently monitored by both the WSPD and by Sunstates Security, a private security firm.

Once undergraduate classes move downtown next semester, Wake Forest University Police Department (WFUPD) personnel will work in a designated space inside Building 60 and will patrol the area.

“We view this as a satellite campus and an extension of our current operation,” said Sgt. Lesia Finney, coordinator of community policing for the WFUPD.

The undergraduate programs and School of Medicine will share a lobby, where a security guard will be stationed. Rooms will be accessible via card access, according to the Wake Downtown website.

Sunstates Security officers are on duty in the area 24/7, and more than six emergency call boxes surround Building 60 across from the towering RJ Reynolds smokestacks. The call boxes connect directly to Wake Forest Baptist Medical Center security, who then forward the information to the WSPD if it is deemed urgent.

“The blue light call box stands can only do so much if something were to happen,” said Chandler Shapiro, a senior sociology major. “You can’t help but be paranoid with all of the local violence in the news.”

Sgt. Kevin Bowers of the Downtown WSPD Bike Patrol said the Innovation Quarter is very safe, but he disagrees with call boxes being directed to third-party security instead of police.

“To me it doesn’t make a lot of sense,” Bowers said. “If I needed someone, I would want to hear from the police department, not a third party, because descriptions might be totally different when they get to the police end of the line.”

Junior Katie Hedden is a chemistry major and biology minor who plans on applying to medical school. She is excited about taking upper-level science courses in the Innovation Quarter, hoping to gain exposure to innovative research happening next door at the Wake Forest School of Medicine.

“You’re not 100 percent safe anywhere,” Hedden said. “We’ll be inside a secure building. My main concern isn’t the safety, it’s the idea of no free parking and the transportation via shuttle system.”

Although some science students’ classes will move downtown, the students themselves will not be able to until their senior year, in accordance with the university’s three-year housing requirement.

“The three-year housing requirement isn’t going anywhere,” said Katie Neal, executive director of Wake Forest News and Communications. “But if students are taking all their classes in the Innovation Quarter, they’ll be more inclined to live there for convenience.”

Hedden is one of the many students who now considers living downtown to be a much more attractive option.

“I think the move is very exciting overall,” she said. “I’m ready to see how all the logistics and concerns actually play out.”