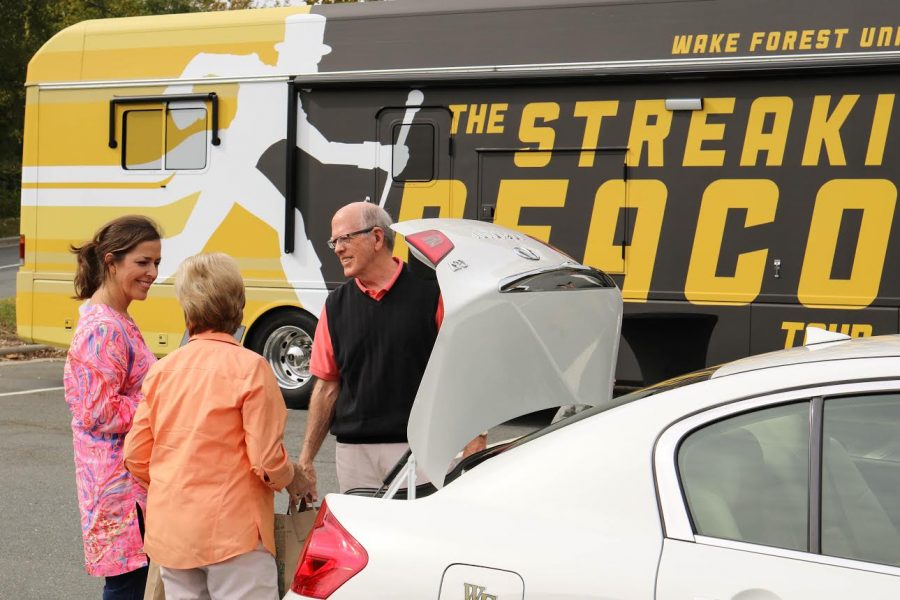 While Wake Forest avoided the severe impacts of Hurricane Matthew two weeks ago, many students still felt the storm’s effects.

“There was a mandatory evacuation order for my town, so my family had to pack up their stuff and leave,” said sophomore Virginia Middleton from Jacksonville, Florida.

Middleton’s family — like many students’ families from Florida and other affected states — made an early arrival to Wake Forest for Family Weekend, forced to drive through hours of evacuation traffic on Thursday, as virtually all flights in the afflicted areas were canceled.

After Hurricane Matthew hit Haiti earlier in the week where hundreds of people died, Hurricane Matthew traveled to the U.S. and caused devastating flooding, power loss, thousands of evacuations and more than two dozen deaths in Florida, Georgia and the Carolinas.

President Obama declared a state of emergency on Monday, Oct. 3 in North Carolina, which was hit especially hard with record flooding in some eastern areas. Matthew is the most powerful Atlantic storm since 2007 and is being likened to Hurricane Floyd which caused billions of dollars in damage in North Carolina in 1999.

“Five trees fell down in our yard, there was leaking in two rooms of the house, our garage flooded and our backyard is filled with a lot of standing water now,” said sophomore Carolyn Roberts whose waterfront home in Charleston, South Carolina, was in the direct path of the hurricane.

Robert’s mother and sister evacuated before the highways closed, but her father had stayed behind to “defend the house.” As President Nathan O. Hatch reminded the Wake Forest community in an email, “many in our campus community have family and friends that were in the storm’s path.”

Sophomore Alex Morgan, from Stuart, Florida, has a cousin who was 40 weeks pregnant at the time. The storm forced the roads to close, and the ambulance service in the Stuart area to stop on Friday — just two days before her due date.

“I was really concerned and it was disheartening knowing that I couldn’t really do anything from so far away,” Morgan said. “But, thankfully, I was able to maintain contact with my family even though the power went out at my house and know that everyone, especially my cousin, was okay.”

The hurricane affected Wake Forest students in other ways as well. Sophomore Austin Hill is going on a service trip to Haiti at the end of October, which was planned well before the hurricane hit, but will now contribute to the relief efforts there. He is going with Bethlehem Baptist Ministries, in association with Mars Hill University and a medical group from Emory University.

Their original mission was primarily village outreach, but after the devastation left behind by the hurricane, the group’s goals have grown, and the need for their help is greater and more widespread.

“Mostly we’re now expecting refugees and more people to outreach for,” Hill said. “We’re expecting to do some more meal planning and distributing clothes and resources and other things that they could use.”

The Emory team will distribute medical supplies and Hill will work with the group’s host family on a farm to provide resources. Hill expects the group will have plenty to do for the disaster relief, even though they will be in the Northeast, which wasn’t hit as badly as the South.

Just because the clouds subsided to blue skies across North Carolina as early as Sunday, Oct. 9, does not mean the troubles are over. Rescue efforts and evacuations are still in effect in some areas in the U.S., particularly North Carolina, and the recovery for these severely affected areas will take much longer than the couple of days the hurricane took to destroy it.

“I think this hurricane just made us all realize that we need to be prepared more, because disaster can hit suddenly and affect a city for a long time,” Roberts said.