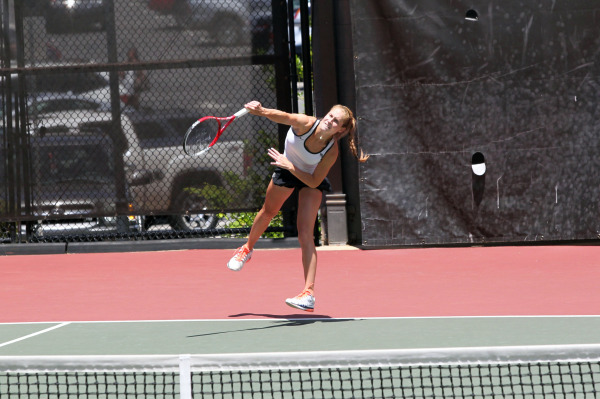 Recalling old memories can have a cinematic quality.  Memories often seem to play out in the mind’s eye like an old Super 8 home movie or vintage Technicolor film.

A college senior will undoubtedly look back and appreciate her most memorable moments during her collegiate career; simultaneously, fans will have a chance to show their appreciation throughout the year.

While we are not even close to the end of the season, I would highly encourage tennis fans to consider the following impressive curriculum.

She received the All-ACC Academic accolade twice in her career, and she is a multiple ACC athlete of the week.

Furthermore, she was named twice to the second team All-ACC conference honor, making her the first Demon Deacon since 2011 to win multiple all-league accolades.

More noticeably, it is the moral values and integrity of the person that will last forever in our minds.

Women’s tennis standout Kimmy Guerin is no exception to this rule.

How do you stay competitive with a roster that grows in depth?

How has your mentality changed through your college years?

I think that freshman year I was trying to adapt to everything in college and to balance everything. Now, I am at that point where I can balance school, tennis and my social life. I’m able to prioritize tennis and put a lot of focus into it.

What was the biggest difference between high school and college?

Everyone is good in college; even if you are playing an unknown and unranked team; they will have really good players. If you’re playing against them in a tournament, they will be a formidable opponent. In high school, you knew which teams were formidable and which weren’t.

Would you say you are a singles or doubles player?

I would say both. I grew up playing both, I enjoy both and I have been able to do the same in college. I might have played more doubles than singles in college.

What advice would you give your freshman teammates?

Learn to balance everything and to try not to do too much freshman year because it is already stressful as it is.

How do you prepare for long tournaments such as the ITAs?

We are used to that as tennis players, because we have grown up playing tournaments that are particularly long. Our bodies are used to it, and it is no different from any other preparation. You go out there and you compete.

What is your single greatest Wake Forest moment?

I think that last year when we beat UVA was memorable. Personally, I didn’t beat my singles opponent, but Ana (Ulyashchenko, her doubles teammate) clinched the win against a very experienced senior which was incredible to witness for us. Plus, they were ranked in the top 10 at the time, so it was a cool win. It was a great team moment.