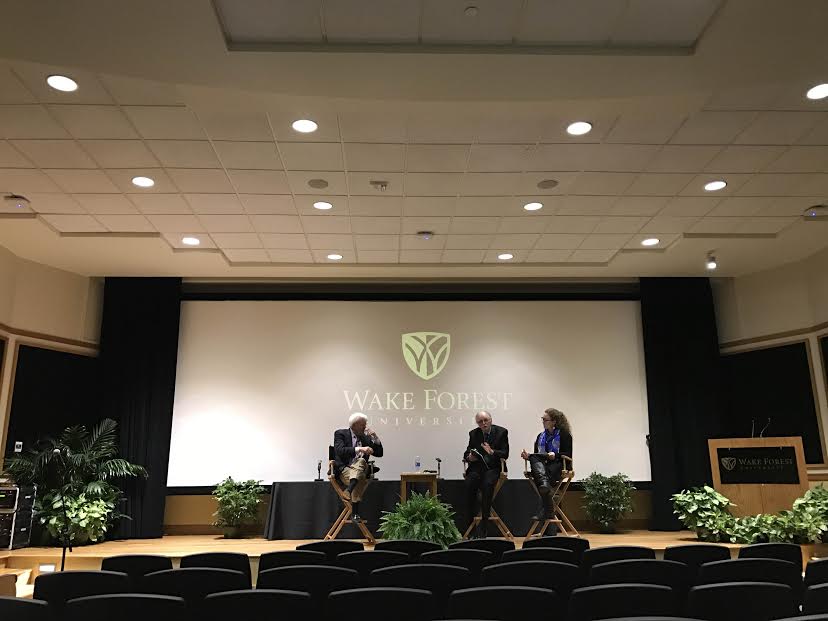 After a seemingly unending presidential campaign season, the election is finally coming to a close.

Al Hunt, a Wake Forest alumni from the class of 1965, has worked as a reporter and executive for “The Wall Street Journal”, has appeared as a panelist on “Meet the Press,” and is now a columnist for “Bloomberg News”. After covering twelve presidential campaigns he seems confident in his ability to predict the next president.

“I would be stunned if Hillary Clinton didn’t win this election,” Hunt said. “I think she will probably take a Democratic Senate with her. I also think she’s a smart, able, experienced woman on a host of issues, and she will appoint competent people.”

However, the majority of Hunt’s discussion focused more on what comes after the election, given his prediction of the winner is correct. Hunt notes insecurities on both sides of the political spectrum.

Hunt is not the only one to note the fear of uncertainty within the depths of the Republican Party. Throughout the election season, over 160 prominent Republicans have publicly voiced that they will not vote for Trump for president, and they will not support the party leader whom  they collectively appointed.

This phenomenon is relatively unheard of in the political world of party leaders not supporting the nominee for president. Many Washington insiders speculate whether this is a result of Trump’s statements about women, his ideological policies or larger separation within the Republican Party. Al Hunt, given he is a journalist, offers another idea.

“I think the press has a huge role in nominating Trump,” he said. “I think the whole media environment is less given to thoughtful discourse and more to quick hits. Trump is eminently unqualified; he doesn’t have any substance to talk about, because he doesn’t care, and the media recognizes this.”

While the air around the Republican Party remains unclear, there is also heavy uncertainty within the Democratic Party if Hillary Clinton fulfills his prediction of a victory in November.

“Even if she has control of the Senate, she will still have a tough time, probably a tougher time than Obama had,” Hunt said. “She is perhaps more prepared for the process of governing than Obama was eight years ago, but her environment is much more difficult.”Both parties are facing what Hunt described as an identity crisis. They have no resemblance to what they were in the past, as strong and united around their candidates.

“I believe in stronger political parties,” said Hunt. “We are much better off when political parties are stronger. Recently they have gotten gradually weaker, and it is very hard to find a way to reverse that.”

Yet the issue of unpleasant presidential candidates is not a completely new one. After the Civil War and Reconstruction, Americans were highly displeased with the men following after Abraham Lincoln. But naturally, the country bounced back.

“In 1888 a British Author Lord Bryce wrote a book, and no, I did not cover this election,” Hunt said. “In chapter seven of his book, he questioned why Americans don’t elect great men as presidents anymore. Then over the next 50 years, we elected a pretty impressive group. I worry much more about the short-term than the long-term.”

The political environment only vaguely resembles the one that existed when Hunt began his career as a journalist. Starting off as a political reporter for “The Wall Street Journal,” the Democratic Party was united around John F. Kennedy and Lyndon B. Johnson.

However, despite his changing roles in the political world, Hunt consistently returns to his roots as a student journalist, more specifically as a writer and editor for the Old Gold and Black.

“I was the associate editor, and I wrote the main news story of the day,” he noted. “I love it, I’m thankful for it, and it’s the reason I’m a journalist today. But I got started with the paper in a strange way. I got thrown out of school for throwing a wild party. The only job I could get in the meantime was as a copy boy at “The Philadelphia Bulletin.” I fell in love in the news room environment, so when I came back I naturally started writing for the Old Gold and Black.”