Wake Forest men’s soccer will try to redeem themselves 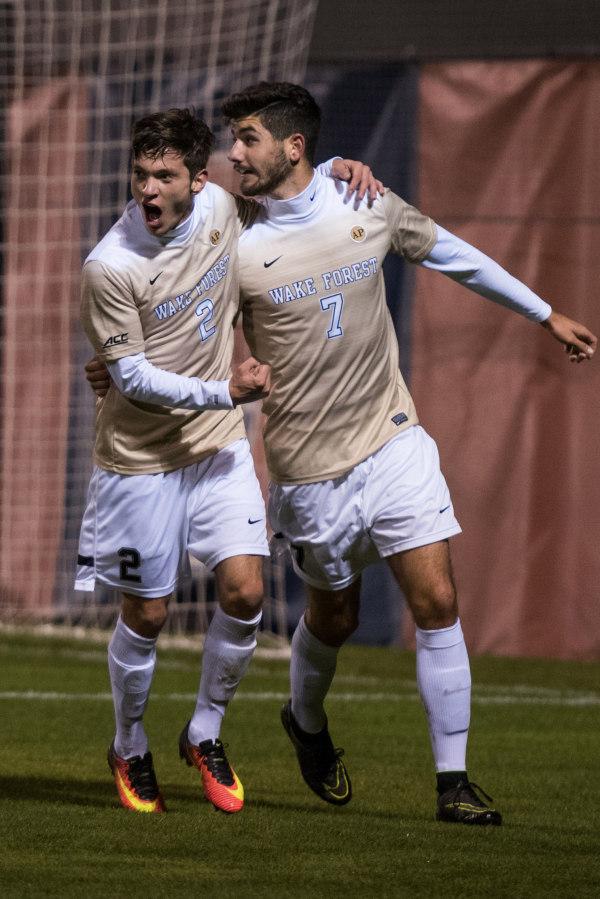 The No. 2 Demon Deacons men’s soccer team claimed their second straight ACC Atlantic Division title on Friday night in their 1-1 draw against Syracuse. This earns them the No.2 seed in the upcoming ACC Championship.

Wake Forest finished their regular season with a 12-2- 3 record overall and a 5-1-2 record in ACC play.

“We had a great regular season and were able to find our game and get better each week,” said freshman Bruno Lapa. “Winning the regular season was definitely a good feeling, but everyone on the team knows that we can do bigger things this season and repeat this winning feeling in both the ACC and NCAA tournament.”

Junior Jon Bakero notched his fourth goal of the season in the 23rd minute. The play began with senior defender Kevil Politz who sent the ball to Louis Argundo. Baker took a touch past the goalkeeper and slotted the ball inside of the left post.

Syracuse tied the game in the 36th minute when they earned a free kick. They fired a shot from just outside the box, which deflected off of a Wake Forest defender. Syracuse was able to get the rebound and slide the ball past goalkeeper Alec Ferrell.

Head coach Bobby Muuss mentioned after the game that this is not the best soccer he has seen from his team. However, he thinks that Syracuse is one of the toughest teams they have faced this season but was thrilled to get the point and the ACC Atlantic Division title.

In just the sixth minute of play, Syracuse’s Miles Robinson was sent out of the game with a red card. The two teams battled for the entire game, earning a combined six yellow cards and 29 fouls.

The Demon Deacon’s 17 points in ACC play this season earn them a first-round bye in the ACC tournament. Their first game will be played on Sunday, Nov. 6 at 1p.m. at Spry Stadium.

Wake Forest will take on the winner of the Notre Dame and Duke game. During the regular season, Duke beat Notre Dame 2-1 in overtime at home.

The top four seeds North Carolina, Wake Forest, Louisville and Clemson all earn a bye for the first round of the tournament. The final game will be played on Nov. 13 in Charleston, South Carolina.

“Finishing the regular season as the champions of our division in the ACC was huge for us,” said senior captain Ian Harkes. “Our team is full of confidence, and we are really looking forward to the ACC tournament because Wake hasn’t won the tourney since the 80’s. We know it will be very hard, but we just want to take each game one at a time and play our best soccer.”