Voting is not limited to Election Day 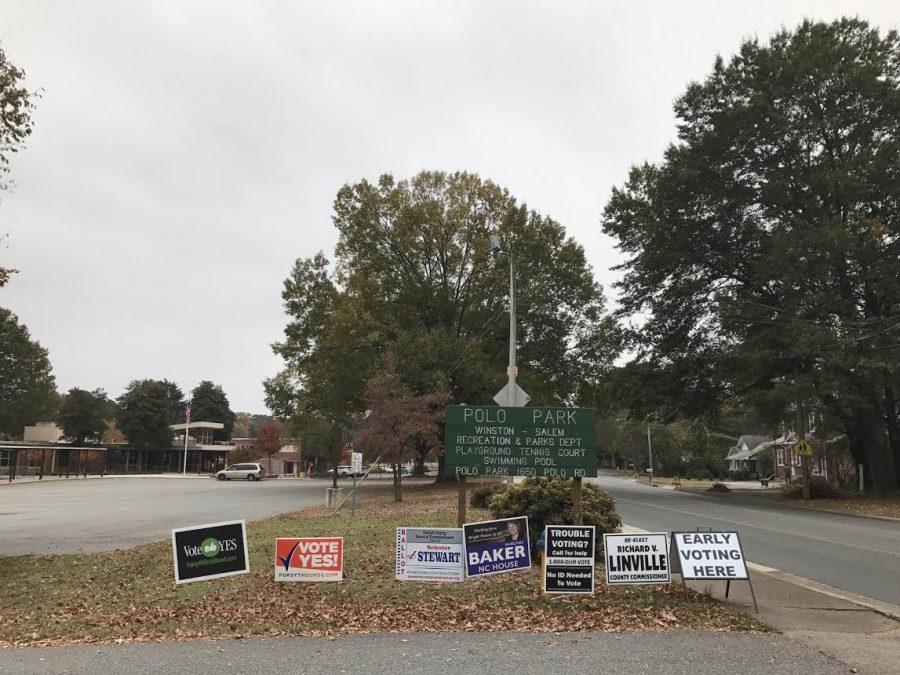 However, with less than one week left until the historic presidential election between Donald Trump and Hillary Clinton, college campuses are urging students to vote.

According to the U.S. Census Bureau, “in the 2012 election, only 38 percent of 18-24 year-olds voted, again, the least out of all the age demographics.” In other words, the nations youngest voters turn out at significantly lower rates than their elders; therefore, their opinions are proportionally underrepresented.

The same study also explained that common reasons to skip voting on Election Day include: conflicting schedules, general disinterest, registration problems and issues with transportation. Wake Forest has addressed these issues to increase voter turnout among its students .

Since the beginning of the semester until the last day of registration on Oct. 14, representatives from various organizations were on campus to help students register in North Carolina. Wake the Vote students also helped register students at many of their election-focused events.

However, if a student happened to miss registration, the opportunity to vote is not completely lost. North Carolina is one of only 10 states to allow same-day registration, allowing voters to register at the polls on Election Day. Even if the voter is not originally from North Carolina, providing the address of their residence hall on campus is sufficient to demonstrate in-state residence.

Once the issue of registration is ameliorated, simply getting to the polling place is an issue for many Americans. The U.S. Census Bureau also found that around six percent of voters did not vote in the previous election because of transportation issues.

To solve this problem associated with voter turnout, Wake Forest will provide shuttles to and from the polling location on University Parkway. Free shuttles will take students every 30 minutes from Benson on Friday from 11 a.m. to 6 p.m. and on Tuesday from 9 a.m. to 8 p.m.

Another common issue explaining low voter turnout, especially among college students, is the difficulty of scheduling. This is partially solved by early voting, which began in North Carolina on Oct. 20 and ends on Nov. 5.

“I voted early, because I thought it would be easier than voting on Election Day,” said senior Andrew Guido. “I knew it would be too hectic with my busy schedule on Tuesdays.”

On Election Day itself, the polls are open from 6:30 a.m. to 7:30 p.m, but historically stay open much later to combat the heavy turnout after typical work hours. The range of time to vote serves to offer voters opportunities to cast their ballots despite other commitments.

“I’m personally not voting early,” said senior Mankaprr Conteh. “Because I’m a student I have the privilege of getting up and voting on Election Day. But I think early voting for others is so important because not everyone that has a nine to five job that sees the importance of voting will be allowed to leave work to participate in our democracy.”

For others that are voting early, it is neither a matter of convenience nor transportation. Voting is simply a matter of civic duty, of exercising one’s right to vote and give their candidate a better chance on Nov. 8.

“I decided to vote early after the First Lady’s speech on Thursday about the importance of every vote in a swing state like North Carolina,” said sophomore Catherine Seher. “I was too excited to wait any longer to play my part and help increase Hillary Clinton’s standing in the polls,”

Though millenials make up 31 percent of the electorate, eligible young voters have only turned out at 50 percent or less in the last three elections. The Baby Boomer generation also makes up 31 percent of the electorate but typically votes at a 70 percent turnout rate. The raw data points to how young voters could statistically decide this historic presidential election, effectively investing in their own futures.