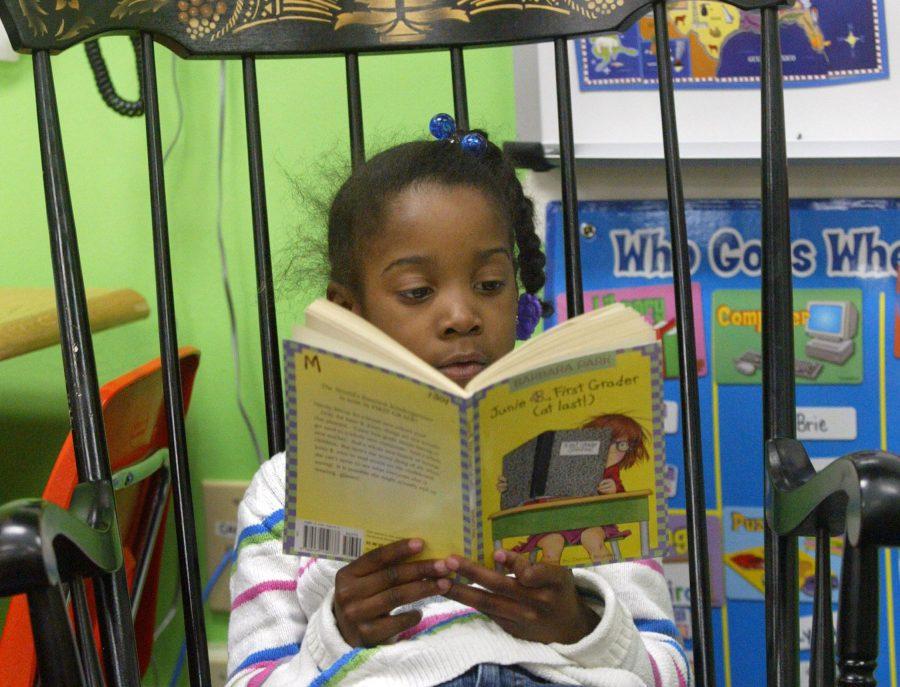 Among the changes in the principal, staff and curriculum is senior Maddy Eldredge’s forthcoming mentoring program.

“The idea is that data suggests the more positive adult role models a kid has, the more self-sufficient and productive they will be as an adult,” said Eldredge, who hopes to participate in Teach for America after graduation in May.  “I wanted to bridge the gap between Wake Forest students and the community.

Eldredge’s program will pair each Wake Forest volunteer with a student from Cook to meet for a minimum of 30 minutes every week, or one hour every other week.

“It’s not as much focused on tutoring,” Eldredge said. “It’s focused on building a relationship.”

The Cook students will get to determine how the time is spent, whether that means help with math homework or an analysis of World Series Game 7.

“I’m looking forward to just being there for a kid,” said sophomore volunteer Kyle Scholtz, who grew interested after discussing the school’s status in his class, ‘Issues and Trends in Education.’

Eldredge’s program — part of a larger BBBS initiative to provide each Cook student with a mentor — will start at the beginning of next semester.

According to Cole, who is currently recruiting and screening volunteers from a number of local businesses and organizations — like HanesBrands — Wake Forest has provided the most volunteers so far. One volunteer, senior Jess Jordan helped Eldredge come up with the program idea by drawing upon her own experience with The Children’s Home, a local rehabilitation facility for young adults.

“It is so important for Wake Forest students to step out of our bubble and understand that the community in which we live is something we can actively participate in as well,” Jordan said.  “The opportunity to be a mentor and a role model for a younger child is one of the most beneficial experiences.”

“There is great potential for learning on both sides,” Shugoll said.

Shugoll has worked closely with Eldredge since the program’s conception and has been especially excited by its “huge reciprocal partnership potential” with BBBS and the rest of the Winston-Salem community.

Eldredge’s program aligns perfectly with the Pro Humanitate message.  Moreover, it aligns with the community’s efforts to remedy Cook’s struggles.

“It’s not just about sending Wake Forest students out for the sake of it.  You have to look at what the community is looking at,” Shugoll said.  “What are their assets?  How do we strengthen them?”

Community feedback will continue to be crucial throughout the development and growth of the program.  Now, the emphasis remains on recruiting volunteers.  In an effort to best cater to students’ busy schedules, Cole explained that volunteers can also double up and take turns meeting with one Cook student.

“The more folks that care about them, the better,” Cole said.

Cole also expressed her deep appreciation for those who have already volunteered.

“In doing this, you might actually save a child’s life.”