“Doctor Strange” is a magical kind of strange 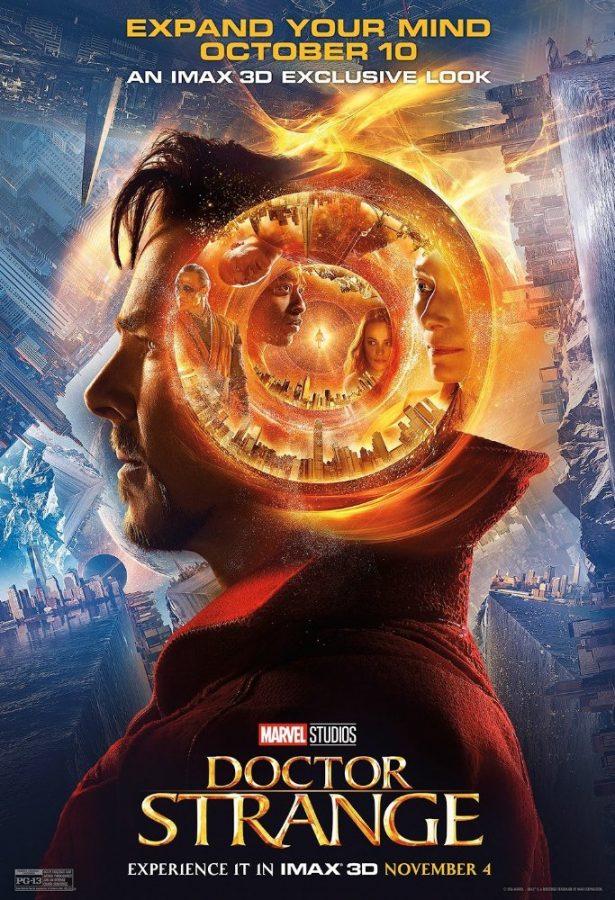 The premise of Marvel’s “Doctor Strange” is simple enough to understand.

Famed neurosurgeon Stephen Strange (Benedict Cumberbatch) saves lives and performs operations that no one else can until he loses the use of his hands in a terrible car wreck on his way to speak at an event.

Having spent all of his money on the surgeries, and with nowhere else to go, Strange makes his way to Kathmandu, Nepal, where he is eventually taken in by a group of sorcerers.

While Strange trains under the tutelage of the “Sorcerer Supreme,” who calls herself the Ancient One (Tilda Swinton), an evil sorcerer named Kaecilius (Mads Mikkelsen) develops a plan to bring the dark being Dormmamu to lord over the earth.

After an unknown span of time, Strange has proven himself a capable — if still a little skeptical — sorcerer. His skills are put to the test when Kaecilius and his disciples attack two of the three sorcerer safe houses.

Tensions arise, though, when Strange and his fellow sorcerer Mordo (Chiwetel Ejiofor) realize the Ancient One has been using some of Dormmamu’s dark power to lengthen her own life, and a major division between the two erupts following their teacher’s death at Kaecilius’s hands.

Overall, I was thoroughly impressed with “Doctor Strange.”

The film’s casting director deserves at least a five percent raise, if not more. Of course, it’s hard to go wrong with Cumberbatch, Swinton and McAdams, and Ejiofor is a strong addition. All of the actors did a wonderful job of conveying their character’s emotions and thoughts through body language and facial expression — to say nothing of how well they delivered their lines.

This was arguably the most logical plot in a Marvel movie I’ve seen since “Guardians of the Galaxy,” and I’d say it’s mainly due to the fact that the writers didn’t try to jam too much information into a single movie.

However, the most memorable part was definitely the visual effects. This is a movie about sorcerers, so good visual effects are a must. There were only a few times when I felt like they were cheesy, as opposed to films like “The Avengers” in which I started wondering what’s real and what’s CGI.

I do wish that they’d given a bit more background to the overarching community of sorcrers, and spent a little less time looking through a kaleidoscope. I give “Doctor Strange” nine out of 10 stars.