Deacons must establish a winning culture 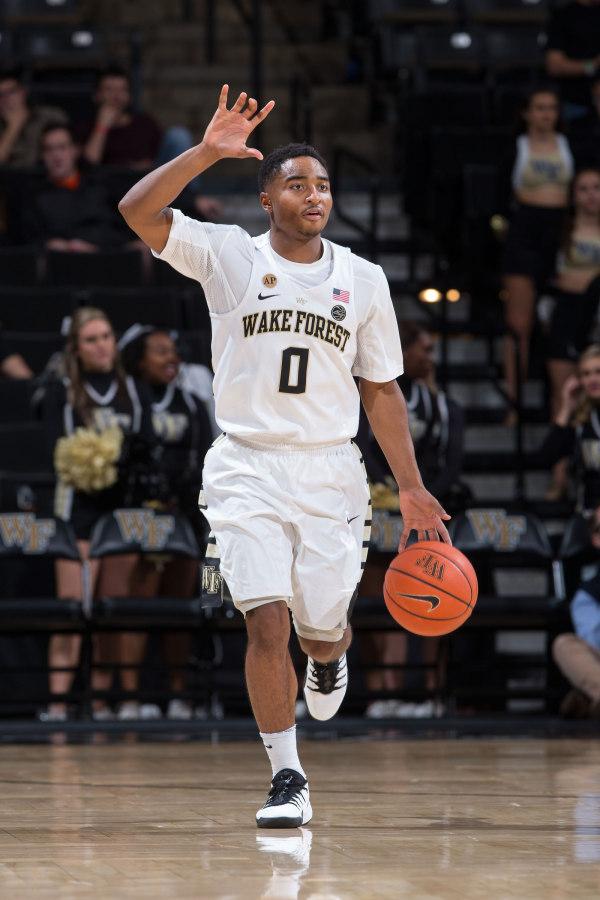 The 2016-2017 men’s basketball season is upon us as head coach Danny Manning is poised to begin his third season with Wake Forest as the Deacs host Radford on Friday, Nov. 11 at Lawrence Joel Coliseum.

With each new season, there is optimism for the opportunity to improve from the previous year. While this was the hope and expectations in year two of the Manning era, the final record of 11-20 in the 2015-2016 season was worse than that of year one when the Deacs finished 13-19. But in many ways, the slide in record fails to demonstrate that progress indeed took place.

In the 2015-2016 season Wake Forest concluded the month of December with a 9-3 record and after defeating Ben Simmons and LSU on the road and nearly beating a No. 6 Xavier team. The team was considered by many prepared to make a run in the ACC and contend for a spot in the NCAA Tournament. This however, failed to come to fruition.

The Deacs suffered a heart-breaking loss on the road to No. 18 Louisville to begin its ACC campaign and then hosted No. 14 Duke in an underwhelming performance that arguably set the tone for the rest of the season. Wake Forest finished with just two conference wins and said goodbye to its leaders Codi Miller-McIntyre and Devin Thomas, who despite having excellent individual careers, never reached the NCAA Tournament and could only win one ACC Tournament game in four years.

While last season was surely a disappointment in many ways, the Deacs should feel confident about the future due to the play of its freshmen (now sophomores), including point-guard Bryant Crawford, power-forward John Collins and center Doral Moore. This trio improved significantly as the season progressed and Crawford finished the season as the ACC’s leader in assists (127) and steals (46) among other freshmen, designating him as a member of the All-ACC Freshman Team.

Arians and Woods will allow the Deacs to spread the floor on offense posing an outside threat beyond the perimeter. In his freshman year at UNC Charlotte Woods led all of Conference USA in three-point percentage at 46.6 percent and last season Arians connected on 79 three-pointers with Milwaukee, 23 more than any Demon Deacon made last season. Moreover, Arians is an excellent free-throw shooter — an area that has been one Wake Forest’s weaknesses over the past few seasons — shooting 85 percent last season for the Panthers.

Needless to say, Arians and Woods should provide the Deacs with better overall perimeter shooting, which can hopefully take pressure off players such as Crawford, Mitoglou or Wilbekin who have seemingly been the only options beyond the arc.

Four freshmen, forwards Donovan Mitchell and Rich Washington, center Sam Japhet-Mathias and guard Brandon Childress, also have the opportunity to contribute this season, adding depth to the Demon Deacon roster. While the Deacs lost out in the Harry Giles sweepstakes of the 2016 class, they should be optimistic of the prospect of Giles’ former teammate and friend, Brandon Childress.

Childress was a guard that was initially not highly recruited but is one with an incredible work ethic, not to mention a well-known father, Randolph Childress, who is one of the greatest basketball players in Wake Forest history and now serves as the associate head coach alongside Manning.

Brandon Childress has proved impressive in the limited action Demon Deacon fans have witnessed thus far, including his play over the summer in the Bahamas, as well as his performance in the exhibition victory over Piedmont International in which he recorded 13 points and eight assists in just 20 minutes of action.

Deacon fans should expect to see limited minutes from the other three freshmen, although Washington seems to have the most upside as he could step in and play for Arians, Woods or McClinton in the event of injury or foul trouble.

It seems inevitable that steps forward will be made this season. And if coach Dave Clawson’s third season as a Demon Deacon is any a indication of what is to come in Manning’s third season, Wake Forest may advance a few more steps than expected.

More than anything, the 2016-2017 season will be about changing a losing culture that has suffocated Wake Forest basketball for a number of years.

This team, with a strong core of underclassmen, has the opportunity to change this culture and take Wake Forest basketball back to where it once was: a true contender each year in the ACC.

Such a transformation will not happen immediately, but it seems likely that this season could be the one that establishes a sustainable winning culture for years to come.

Brandon Childress claims his primary objective in becoming a Demon Deacon was “to put Wake Forest back on the map.”

Wake Forest fans will anxiously watch to see if that dream begins here in 2016.