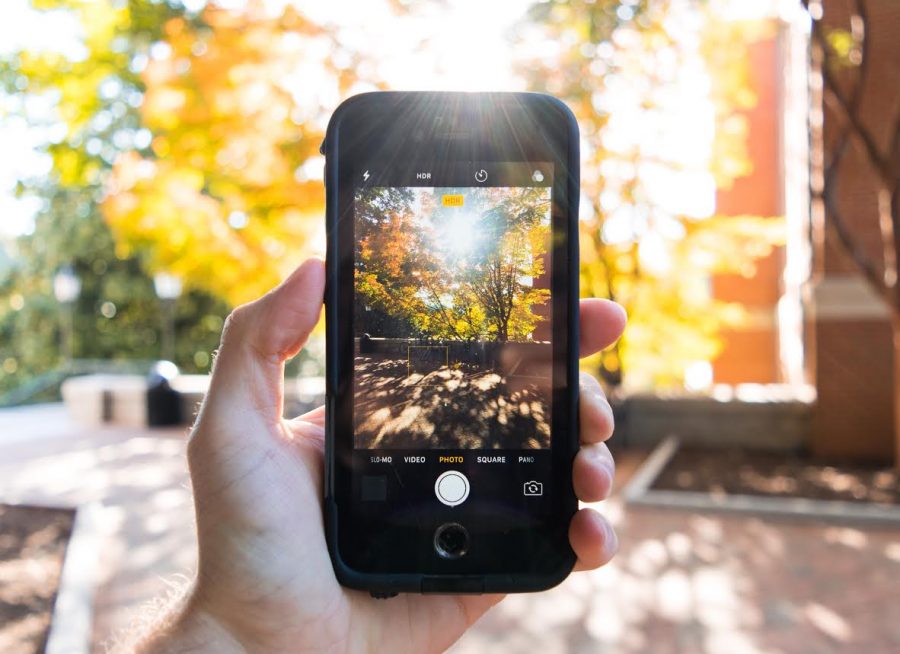 When the trees become covered in red and orange leaves and the crisp wind helps them fall gently to the ground, Wake Forest is transformed into the “Most Beautiful College in the Fall,” according to bestcollegevalues.org.

Any student or faculty member would agree that the university is not only beautiful in the fall, but also year-round. Nevertheless, The Media student organization decided to take advantage of the picturesque campus at this time of year by hosting the “Fall in Love with Wake Forest” photo competition.

The Media announced the photo submission winners, and which submissions followed closely behind.

The contest was first started last year and, after its success, The Media could not resist encouraging students to capture the wonderful fall view from their favorite spot on campus once again. The organization is hoping to place this photo contest alongside so many other Wake Forest traditions.

Students combine the renowned beauty of campus with their immense creativity while growing excited for fall.

“I’m most excited about seeing the colors change on the trees, especially on the quad and by Scales with all of the swings because that’s my favorite spot on campus,” said freshman Kamryn King on why she feels so excited to experience her first semester at Wake Forest during the fall.

Through photos, The Media is hoping to capture the perfect moment that showcases the physical beauty of the colorful trees spread around campus, as well as how students are living and showing their excitement for fall.

“You can see things [in a picture] besides the obvious leaves changing and falling; you can see how people are interacting and reacting to the change in seasons,” said freshman Lauren Drury.

The deadline for submissions to the photo contest was October 31, 2016, giving the selection panel ample opportunity to choose 25 finalists for the competition. After the group of finalists were chosen, each finalist’s picture was displayed in ZSR Library, giving students an opportunity to view the photos in a place they commonly pass by to vote for the photo they think best captures the beauty and spirit of Wake Forest in the fall.

The photo that received the highest amount of votes will now be printed on a banner and hung in the upper quad. The photographer also received a prize worth $100, as well as a personalized thank you note from Provost Rogan Kersh.

However, there were also rewards for each of the other finalists. The photographer in second place received a prize worth $50, the photographer in third place received a $20 prize, and the other 22 finalists each received a prize worth $10. The Media had hoped these prizes, as well as the experience of attempting to capture beautiful fall moments around campus, would encourage students to submit entries to the contest.

Before the results were published The Media encouraged students to check out the chosen work of talented photographers on display in the ZSR in order to spark interest and excitement in students on all of the natural beauty Wake Forest campus has to offer.