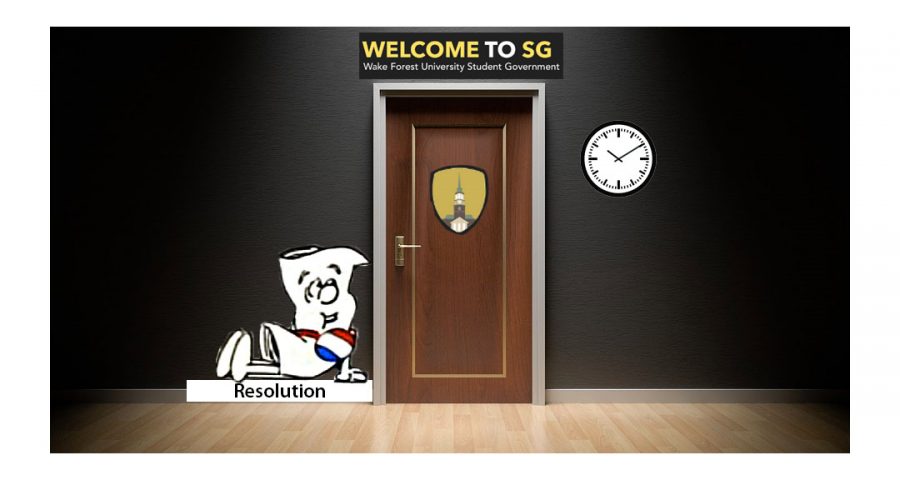 On Tuesday, Nov. 29, a petition regarding Wake Forest’s position as a sanctuary campus was written to President Hatch. Colleges around the country have been taking steps towards the title of a “sanctuary campus,” which protects undocumented students from deportation under potential policies of President-elect Trump.

“The president-elect has promised to deport millions of immigrants, build a wall that divides the United States from the global south and abolish the Deferred Action for Childhood Arrivals (DACA) program that provides relief from deportation for over 700,000 young people in the United States,” wrote concerned members of the Wake Forest community in a letter to President Hatch. “The policies of the incoming administration will put the undocumented members of our community at great risk.”

President Hatch has already joined a petition with over 400 other university presidents to uphold DACA. The petition to the country’s leaders holds that DACA should be upheld, continued and expanded to protect and to empower undocumented students on their campuses.

Student Government put the sanctuary campus decision to the floor for discussion. Ultimately, the organization decided to table the decision effectively postponing the vote until they meet again next semester. Despite typically low-student turnout at Student Government meetings, constituents are always invited to attend. However, for the first time in over a year, passionate students came to listen and to discuss the issue of undocumented students on campus.

Student Government’s decision to postpone the vote was largely based on the complicated nature at the core of the issue. Some of the protections requested in the letter to President Hatch held that: “The University ensure that student privacy remains guaranteed and thus refuses all voluntary information sharing with Immigration and Customs Enforcement (ICE)/Customs and Border Protection (CBP) across all aspects of the University to the fullest extent possible under the law; The University refuses ICE physical access to all land owned or controlled by the University; The University prohibits campus security from inquiring about or recording an individual’s immigration status or enforcing immigration laws or participating with ICE/CBP in actions.”

In sum, the petition requests that the university’s undocumented members remain protected from federal immigration officials while on campus property, and that all community members’ citizenship information remains private.

As the election made partisan divides visible around the country, differing opinions also appeared on campus regarding the vote on a sanctuary campus. “The Wake Forest Review”, Wake Forest’s private, conservative publication, also reported on the issue.

“If you believe that Wake Forest University should follow federal law and cooperate with law enforcement officers to keep our campus safe, we invite you to sign our petition that asks President Hatch to not adopt radical sanctuary policies at Wake Forest,” “The Wake Forest Review” published in a recent article.

The argument from “The Wake Forest Review” centered on how campus security would actively refuse to follow federal laws by inhibiting ICE from entering campus.

The complicated nature of both sides of the argument ultimately led to the decision to table the resolution until the first senate meeting next semester, which also brought criticisms from students attending the meeting. Student Government senators are expected to understand the information in the bills put to vote for the bi-weekly meetings. After the official vote, students and members of student government were invited to discuss the issue further.

“You are not doing your job,” said Richard Caban Cubero, a senior and co-sponsor of the resolution, to the senators who postponed the vote.

While some see the table decision as the senators’ inability to take action on important reform, it could also be seen as an organization’s attempt at discussing difficult topics within a divided community.

“The outcome of this resolution was not what I anticipated or desired,” Monaghan said. “But I’m extremely glad that student government is engaging in these types of conversations and grappling with larger issues that impact all members of our community.”