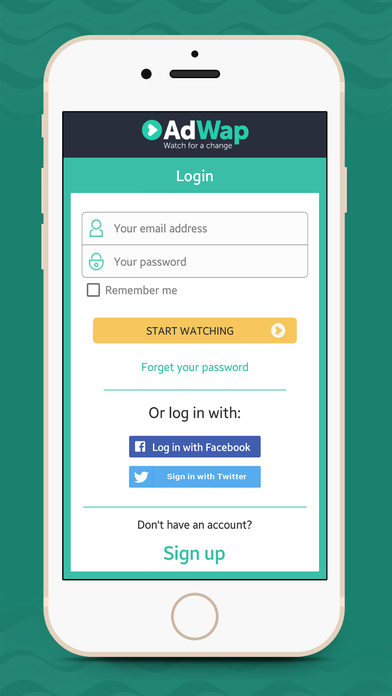 According to studies from Deloitte and psychologists at Nottingham Trent University, Americans spend much more time on their smartphones than they’d like to believe.

Young adults spend five hours each day — a third of all waking hours — using their devices. They check their phone an average of 85 times a day — or five times each hour — and 55 percent of all smartphone use consists of short bursts of less than 30 seconds of habitual activity.

In total, American smartphone users check their devices over 8 billion times per day, collectively spending over 895.5 million hours staring at their screens.

A new smartphone app, AdWap, which stands for “Advertising With a Purpose,” launched on Nov. 29, or Global Giving Tuesday, and aims to allow users to reclaim this time to generate money for charities.

Normally, video advertisements are ignored and avoided at all costs, as evidenced by the popularity of browser plugins like AdBlock and the way websites like YouTube reward viewers with the ability to bypass ads. Partnering with companies, AdWap is the incentive to stick around and watch these advertisements from start to finish.

The app — which was co-founded by Wake Forest alumni and former roommates Mike Cassidy and Jack Carey, along with CEO Matt Sawyer and President Sherrod H.C. Davis — encourages users to spend a few minutes watching video advertisements each day, and AdWap sends part of that advertising revenue to charity. It aims to provide those without spare money to donate to a charity, especially high school and college students, a way to donate their time instead. Users, or “Wappers,” are able to select a charity of their choice, and watching 10 video advertisements each day takes just five minutes, which takes up just two percent of the time young adults spend using their phones. The company limits use of the service in order to encourage Wappers to watch the ads, which are tailored to users’ interests, during the downtime they’d normally waste, rather than dedicating additional time.

The app supports a wide variety of causes that appeal to many users, from global relief organizations, to charities closer to home. Donations fund research, scholarships and much more.

AdWap is available for free in both a web-based and app form for iOS and Android. The company has a very active social media presence on both Facebook and Twitter, using the platforms to promote certain charities or causes, announce winners — who are also notified through email — and promote the movement to “Watch for a Change.”

The advertising revenue is divided evenly three ways between the AdWap company, the charities and the users, who are entered into a daily cash drawing each day to win this portion of the money. In Wappers’ personal profiles, they are able to view how much funding they’ve generated and how much money the AdWap community has contributed to their selected cause as a whole.

“AdWap is easy and free and is totally manageable and easy to keep up,” sophomore Maggi McCann said. She has been using and recommending the app to friends since its launch.

The holiday season is the perfect time to get into the giving spirit, and the app’s a low-commitment platform and easy-to-use interface makes it perfect for students to try out this winter break.