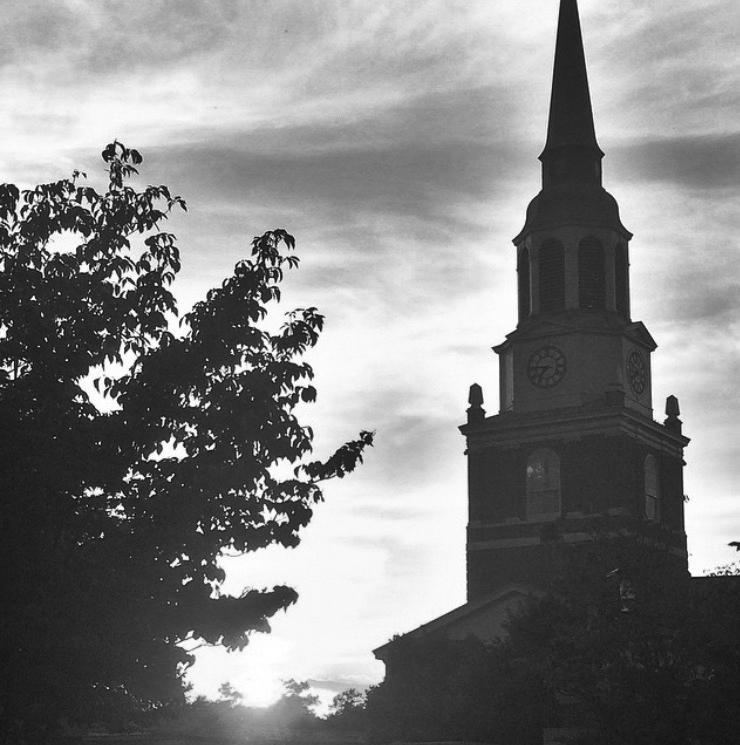 f you’ve ever been outside on campus at 5 p.m., you’ll know it’s impossible to miss the daily playing of the bells in Wait Chapel, known to those who play them as the carillon.

Unbeknownst to many, the bells are actually played by Wake Forest students, who take turns heading up into the tower to practice and display their skills.

The carillon is really a keyboard, similar to a piano, that is connected to numerous individual bells at the very top of Wait Chapel. The keyboard is in a small room in the lower part of the tower of the chapel where students learn to play from the director of this group, Ray Ebert.

The selected students each receive a key to the tower of Wait Chapel, so they can play when it’s their turn. They’re also able to go up and practice at any time on a carillon keyboard that’s not actually attached to the bells. Nine current Wake Forest students that are a part of this group.

Ebert has been the university Carillonneur since July 2012. He graduated from Wake Forest in 1960.

“In 1998, the university Carillonneur was a student — Matthew Phillips,” Ebert said. “He sang in the church choir where I was organist.  I asked him for a carillon lesson and he agreed to exchange it for an organ lesson.  I’ve been playing the Wake Forest carillon once or twice a week ever since.”

The group has been around for a long time. The daily ringing of the bells is a tradition at Wake Forest, a frequent celebration of Wait Chapel and our campus’ beauty and history. Duke University has a similar carillon in their chapel tower. These twin towers are a symbol of the bells.

“Students can study either for free or for credit. The new students are sometimes friends of a current student who have come to observe the playing,” Ebert said. “They also can be ones who hear the carillon and wonder how it plays or tour the tower with one of their academic classes.  Keyboard experience is most, most helpful, since the carillon is set up just like a piano keyboard.”

Junior Alex Anderson is a part of this group. He got involved his sophomore year and has been playing ever since.

“My older brother played the carillon as an undergrad, which piqued my interest. I visited the tower with him a few times and began lessons with Ray shortly before the Lovefeast my sophomore year. It’s a special aspect of my time at Wake Forest, and I’m so grateful to have the privilege of playing,” Anderson said.

Sophomore Grant Keenan began playing during his freshman year. Although he no longer plays, it was a memorable part of his time here.

“I saw playing the bells as a unique opportunity to get involved on campus. It feels good to be part of the Wake Forest tradition,” said Keenan.

While many in the Wake Forest community have become accustomed to the daily ringing of our bells, it couldn’t happen without the many students behind this group who work to bring our campus music each and every day.

According to Ebert, the students perform a carillon recital every day during the week from September through May. Matthew Philips, the student carillonneur from the 1990s continues to play the bells once a week here at Wake Forest.

On Sunday, before and after the Lovefeast, the students performed multiple concerts on the carillon as a part of the ceremony. There is a live stream of the event, including the performances by the students.