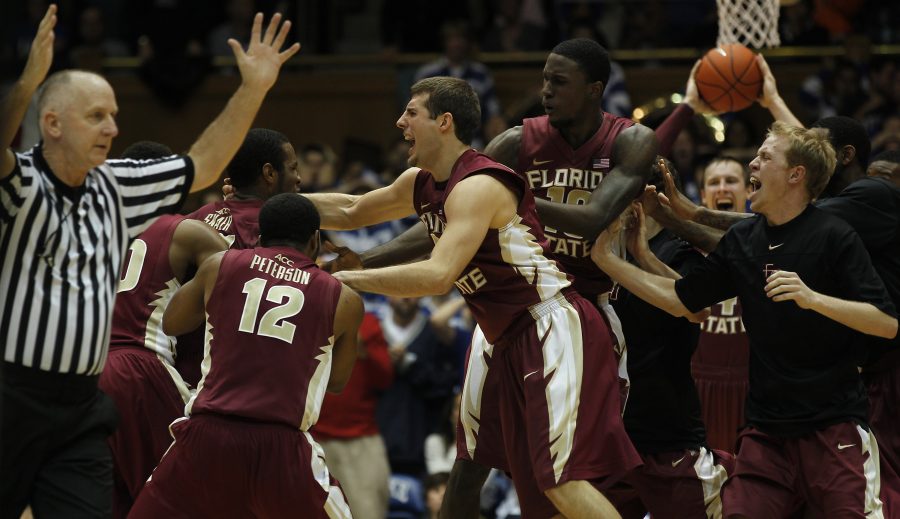 As we start the Spring semester, we shift our focus in the Atlantic Coast Conference from non-conference play to what is possibly going to be the toughest, most competitive four months in the history of the conference.

The team that will turn the most heads this season is not named North Carolina, but actually the Florida State University Seminoles are the team who many people have predicted to win this year’s ACC Championship.

The Seminoles are loaded with talent this season including Xavier Rathan-Mayes, Jonathan Issac, Dwayne Bacon and Michael Ojo.  The ‘Noles are inevitably the most athletic team in the conference and are capable of beating anyone with their suffocating defense and timely offensive production in the paint.

However, a team that could challenge Florida State for the conference crown is the Duke Blue Devils. Yet, the Blue Devils have already faced several off-the-court challenges, including Grayson Allen’s tripping antics and Coach K’s leave of absence to undergo back surgery.

Duke will need to get its affairs in order and get healthy fast if they want to challenge for the conference title. Look for the remarkable freshman class of Jayson Tatum, Harry Giles and Marques Bolden to supplement the accomplished lineup of veteran Blue Devils Grayson Allen, Luke Kennard and Amile Jefferson in what might be a National-Championship- worthy rotation come season’s end.

Roy Williams and the North Carolina Tar Heels finshed last season walking off the court in defeat after losing the National Championship in heartbreaking fashion at the hands of Kris Jenkins and the Villanova Wildcats.

The Heels’ ability to reload with talented freshman and well-developed upperclassmen will once againput the Heels in a position to challenge for the right to be called ACC Champions this season.

After losing talented seniors Marcus Paige and Brice Johnson to the NBA Draft, look for the talented trio of Joel Berry II, Justin Jackson and Isaiah Hicks to lead the Heels charge to reign supreme over the rest of the conference in Brooklyn come March.