Duke’s Allen must be held to higher standards 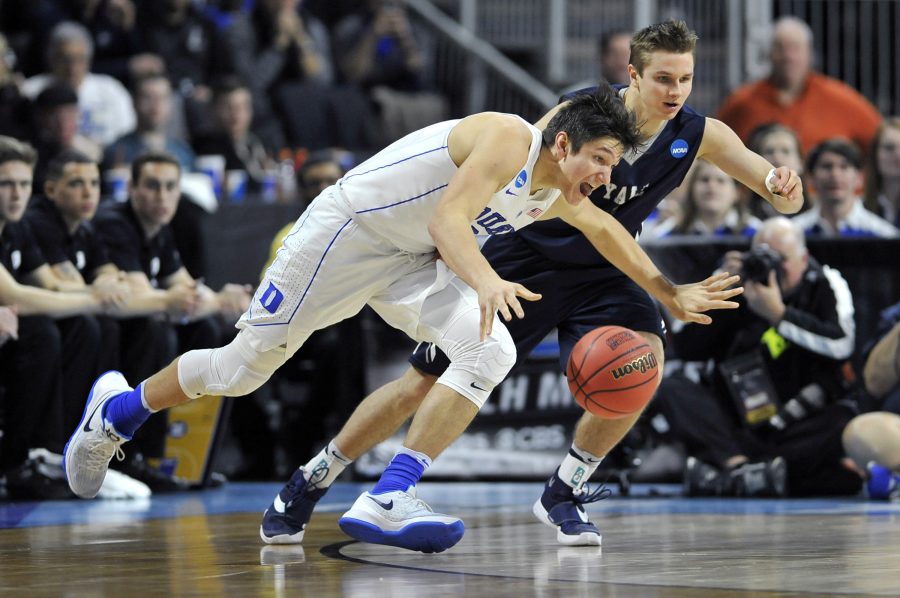 Heading into the College Basketball season, no team was being talked about more than the Duke Blue Devils.

As has often been the case during Coach Mike Krzyzeski’s reign as head coach of Duke, the Blue Devils were the preseason favorite to win the National Championship.

Duke brought in what was considered to be the top recruiting class in the country and some experts went so far as to say that this could possibly be one of the most talented teams of all time. As the season has unfolded the spotlight has certainly stayed closely focused on the Blue Devils; however, it has been for all the wrong reasons.

As the Blue Devil’s season has unravelled, their struggles on the court have been overshadowed by the incomprehensible behavior of star point guard Grayson Allen. Allen was suspended “indefinitely” after purposefully tripping an Elon player in January.

This was the third time in a calendar year that Allen was seen tripping a player during a game. After this final incident Allen was uncontrollable on the bench. After the game, however, Coach K said that Allen sincerely apologized and that it was a mistake, the following day it was announced that Allen would be suspended indefinitely, which equated to one game.

In the weeks following this incident, Coach K has now taken a leave of absence and Allen has found himself in the midst of even more controversy.

In his second game back from suspension, it appeared that Allen once again tried to trip an opposing player. After the game officials from the ACC released a statement saying that nothing could be conclusively determined after watching a replay of the play.

However, it is hard to give the benefit of the doubt to someone with the history of Allen. This potential tripping incident was not the only issue that Allen caused this week, as on Tuesday against Florida State, it appeared as if Allen pushed a Florida State assistant coach.

It will once again be hard to prove that Allen intentionally did this, but clearly this is not an issue that is likely to go away anytime soon. There is no doubt that Allen is extremely immature and has some serious growing up to do; however, it seems as if this type of behavior is being overlooked, if not allowed to foster,  by the coaches at Duke.

It has appeared that the standards that would be applied to every other program in the country are not required to be followed by coach K and Duke. In the grand scheme of things, tripping a player on the court is a very minor infraction and in any other sport would simply be a foul.

When a behavior continues to exist with nearly no action being taken to put an end to it, the responsibility must at some point fall on the adults who are in charge of coaching the player.

Hopefully, at some point Duke will realize that in the long run winning a game is less important than having the opportunity to teach a student-athlete a valuable life lesson.