Looking back on a historic men’s soccer season 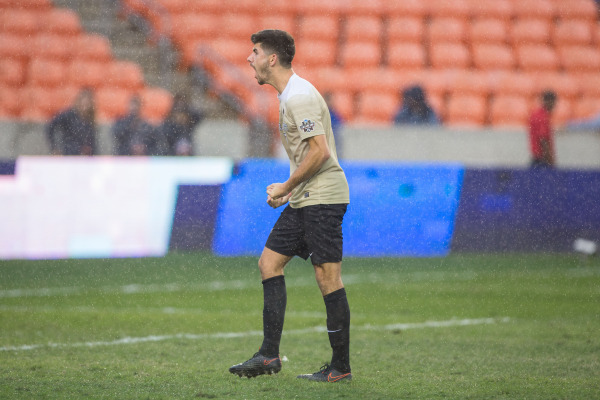 With a 17-3-2 record in the 2015 season, Wake Forest’s men’s soccer was expected to continue their dominance, but with a record of 19-3-3 and 14 home wins, Wake Forest’s season overshadowed the prior.

With a tough regular season schedule and losing key players like Jack Harrison and Michael Gamble, among others, the Demon Deacons still outscored their opponents 36 to 13. The 2016 season was one for the record books.

Winning the ACC Championship was no walk in the park, having to battle out wins over No. 12 Notre Dame and No. 7 Louisville. Wake Forest showed not just technical superiority, but also mental fortitude by winning the final in a convincing 3-1 win over No. 3 Clemson.

The NCAA’s brought another level of difficulty, but were also met with an unrelenting Wake Forest. The 2-0 win over Coastal Carolina led to a 2-1 win over Southern Illinois University Edwardsville, a convincing 2-0 win over Virginia Tech, and a 2-1 extra time win versus head coach Bobby Muuss’s previous team, displayed Wake Forest’s continued dominance.

The final was one of destiny. Having had only a single full day of rest, the rematch of last year’s elite eight game versus Stanford was the most important game of the team’s season. With such a short rest and a long run of games before the final, you could tell there was a fatigue to the way everyone played, but it didn’t start well for Wake Forest. Stanford had control for the the first 30 minutes of the game with a physically overpowering style. Wake Forest persevered, though, and applied pressure to Stanford.

The second half continued in a similar manner, with Stanford imposing a very physical game on Wake Forest’s more technical style. Neither team could come through in the end, and through 110 minutes the game remained scoreless. For a game like this to end in penalties, it showed how strong each team was and how evenly matched the teams were. Through the first six penalties the game was still even at 3-3, but two stops from Stanford goalkeeper Andrew Epstein helped the Californian team pull through and win 5-4.

On the final, Muuss said “Stanford executed their gameplan and played very, very well. What else can you say? We had an opportunity to win the game. I felt comfortable and confident in the guys who were stepping up [for penalties], but it just wasn’t our day unfortunately.”

One exemplification of this season’s excellence is senior midfielder Ian Harkes. The recipient of the MAC Hermann Trophy, the highest honor recognizing the best player in college soccer, rumored DCU homegrown eligibility, and two year captain, Harkes had already become the first player in ACC history to be named the ACC Midfielder of the Year, ACC Championship MVP and NCAA Tournament Most Outstanding Offensive Player in the same season.

Other graduating seniors include MLS Combine invitation recipients Jacori Hayes and Alec Ferrell, along with Ricky Greensfelder, Jared Odenbeck, Hunter Bandy, Hayden Partain, and Tane Gent. The coaching staff and the players are all reasons to believe the Demon Deacons can continue this dominance.