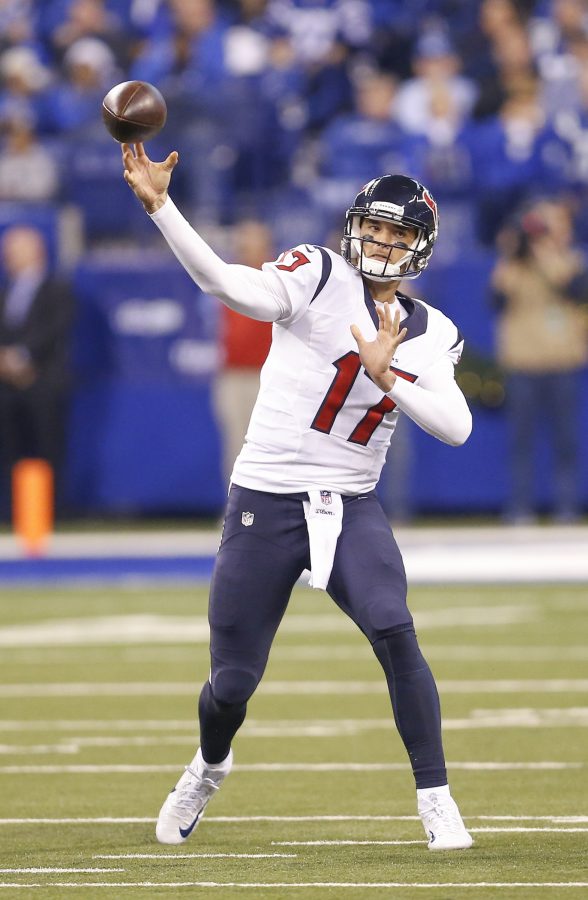 The NFL regular season wrapped up almost two weeks ago and finalized the 12 teams that are hoping to bring the Lombardi Trophy back to their city in February.

While the top two seeds in each division enjoyed a bye week this past weekend, the remaining teams played in the Wild Card Round to see who would continue their playoff run.

Here’s a quick glimpse at the action that took place during the Wild Card round.

HOUSTON, TX – The loss of Derek Carr, who broke his leg on Christmas Eve, was definitely felt as the Raiders slipped to the No. 5 seed and faced the Houston Texans in the Wild Card round.

Connor Cook, the Raider’s third string quarterback, made his first NFL start in the Wild Card Round.

Cook, who had limited playing time the week before, threw for 161 yards and a touchdown but only completed 18 out of his 45 attempted passes.

He threw for 168 yards and a touchdown while Texans running back Lamar Miller ran for 73 yards with a touchdown.

In a season that looked so promising for Oakland and their star quarterback, the Houston Texans came out on top 27-14 and will advance to the Divisional Round to play the Patriots.

SEATTLE, WA – The Lions made their way to Seattle, WA to face the Seattle Seahawks who were coming off of another impressive season in the NFC West.

Meanwhile the Lions offense, led by QB Matthew Stafford, kept the game close until the fourth quarter when Seattle ran away with it.

Seattle was able to use their running game to their advantage as Thomas Rawls, their running back, ran for 161 yards and a touchdown.

Seattle came out on top by a score of 26-6 and handed the Lions their ninthth consecutive playoff loss.

Seattle moves on to the Divisional Round and will travel to Atlanta to face the Falcons this weekend.

PITTSBURGH, PA – In what may be one of the best quarterback-running back-wide receiver trios in the NFL, the Steelers offense looked to disrupt the Dolphins and advance to the next round this past Sunday.

Steelers wide receiver Antonio Brown came out hot, with two touchdown receptions in the first quarter and 124 receiving yards for the game.

He is a consistent threat on offense this season.

Miami’s quarterback Matt Moore on the other hand, threw for 289 yards with a touchdown.

Following a vicious hit on Moore, the Miami offense seemed to be stunned for the remainder of the game as they only put up 6 points in the second half.

The Steelers, who are legitimate Super Bowl contenders, came out on top in this one by a score of 30-12 and will go against the Chiefs in Kansas City this upcoming weekend.

GREEN BAY, WI – The Green Bay Packers eliminated the Giants on Sunday after another incredible performance by quarterback Aaron Rodgers who threw for 362 yards with four touchdowns.

Rodgers, who has had another remarkable season, is one of the top candidates for League MVP and continues to impress as he hit another Hail Mary pass to end the first half, his third completed Hail Mary in the past two seasons.

Giants QB, Eli Manning, threw for 299 yards with a touchdown in a disappointing team performance all around.

The Packers went on to beat the Giants with a final score of 38-13. Green Bay will travel to Dallas to face the No. 1 seeded Cowboys on Sunday.