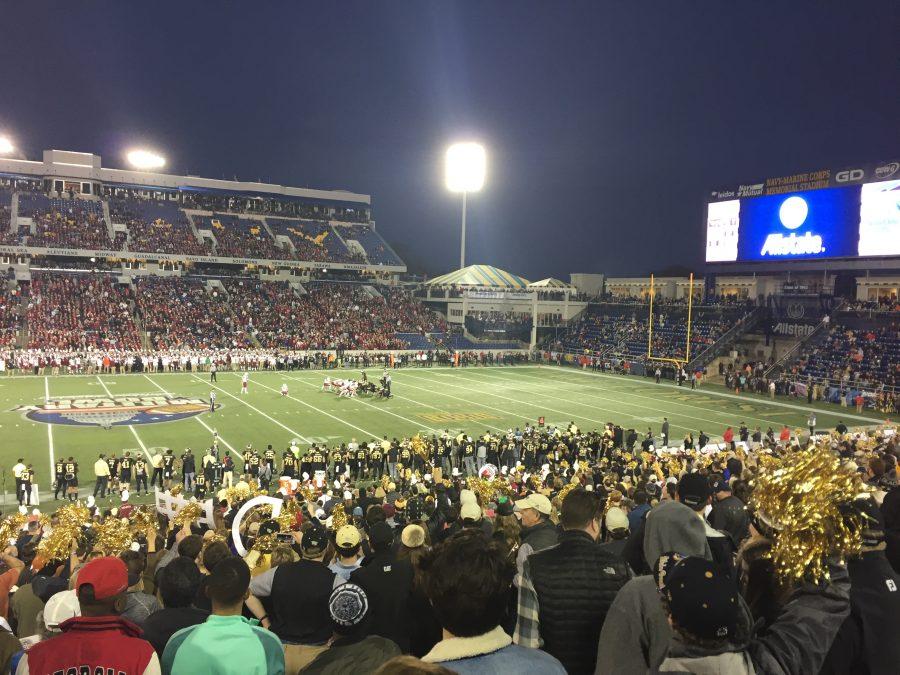 As the smallest school in the Power Five conferences, it’s not often that the Wake Forest football program makes national headlines.

The shadow that the recent National Champion Clemson Tigers and other ACC powerhouses, like Florida State and Louisville, cast over the comparatively modestly resourced Wake Forest football program often shifts the spotlight away from the Demon Deacons both in-season and throughout prime recruiting months.

Perhaps it was fitting, then, that in 2016, the year in which seemingly anything was possible, that the Wake Forest football program made headlines for the good, the bad, the ugly and everything in between.

Starting the season 4-0 for the first time since 2006, Wake Forest exceeded even the most loyal of Deacon fans’ expectations to begin head coach Dave Clawson’s third season at the helm.

Early wins over traditionally strong programs such as Indiana and rival Duke provided hope and cause for celebration for a fanbase that hadn’t seen a winning season since 2008.

The success was met with cautious optimism from the Deacon faithful, but arrived right on schedule for Clawson, who has a history of turning around underperforming programs.

Prior to Wake Forest, he coached and brought the football programs at Fordham, Richmond and Bowling Green to unprecedented success.

At Wake Forest, the superb start to the 2016-17 season represented the results of the work Clawson and the coaching staff had put into the program over the last two years, and more importantly, the degree to which each player on the team has improved under Clawson’s tutelage. While Wake Forest finished the regular season 1-5, going to the Military Bowl in Washington D.C. was a gift that few players and fans would trade for any Christmas present.

“Clawson has done a superb job in his three years with us,” Athletic Director Ron Wellman said.  “He has hired a very good staff and recruits outstanding student-athletes to our program. Once those athletes get to campus, Clawson and his staff develop them to their fullest potential.  He is recognized as an excellent coach, but he also understands and supports the unique qualities of Wake Forest. He is a perfect fit for our program and university.”

Unfortunately, as is customary with Wake Forest athletics, the good times seemingly came to an end just as soon as they arrived.

An investigation was launched, and on Dec. 13, a press release from the Wake Forest athletic communications department charged former asst. coach and radio analyst Tommy Elrod with leaking confidential and proprietary information about the team to Louisville, Army and Virginia Tech since 2014, when Elrod was let go from the Wake Forest coaching staff.

The scandal, dubbed and hashtagged “Wakeyleaks” by Twitter, covered front pages and timelines for days while everybody waited for information to come out regarding why Elrod would commit such a treasonous act against his own program.

That information, whether it was ever found or not, was never released to the public.

With such a shocking development so close to the bowl game, media rightfully wondered whether the Deacons would be distracted in the biggest game the program had seen since 2011.

Wake Forest, however, would let nothing get between them and the Military Bowl trophy.

The Deacs’ scored 31 points in the first half, tying their season-high and sending a message to then-No. 24-ranked Temple that they wouldn’t lay down against a ranked opponent.

Though Temple put up a fight in the second half, the game ultimately finished 34-26 in Wake Forest’s favor.

Wake Forest will enter the 2017-18 season as champions, and they won’t be looking to relinquish that label anytime soon.