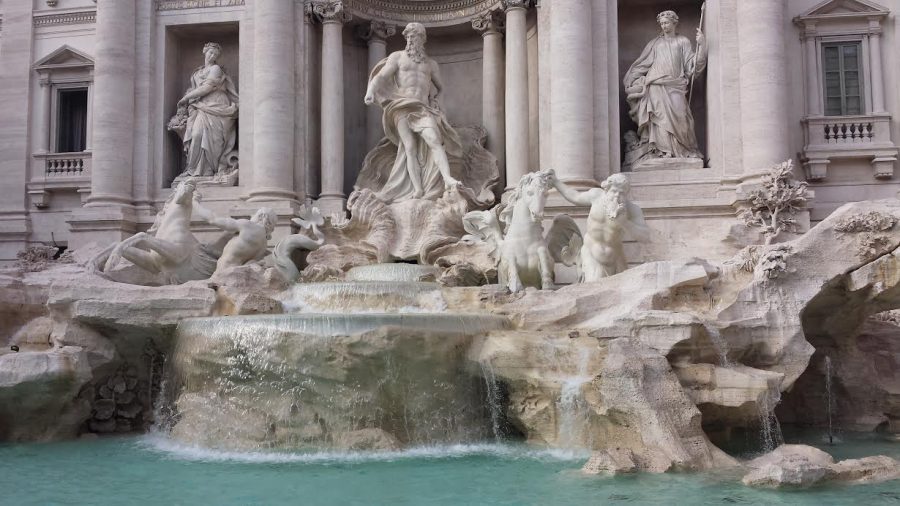 Spending a semester in Europe provides students with the opportunity to glean a wide variety of cultural knowledge. After all, Europe offers amazing art, architecture and historic sites coupled with great food and entertainment. No one really expects, however, that they will be barked at by an Italian waiter, get lost looking for an ATM and miss their bus four times — all while making their way to the Coliseum. It is during these moments that Europe seems to be one of the most daunting and uninviting terrains in which one must navigate. To assist during those tough times, here are some street-smart tips for traveling in Europe that I have picked up from my adventures — and misadventures — while studying abroad.

Tipping traditions are not the same everywhere

People commonly assume that it is not necessary to tip in Europe unless there is a large group or exemplary service. And even in the case when there is great service, only a couple euros will do to show appreciation. In Prague, however, wait staff rely on tips from all patrons as part of their salary. So when in Prague, do as the locals do and tip your wait staff the expected 10 percent of your bill. Also, make sure to look-up tipping traditions online for each city you visit in Europe.

Passports can double as a museum ticket

A perk of being a student in Europe is that most museums offer free admission with a valid student ID. But typically, a student ID card from the United States will not grant you free entry into museums. Remember to bring either your passport’s student visa or another form of identification card from you study abroad program when you go to museums and historic landmarks because some places will count that for their free or reduced-price tickets. That could save you up to around 20 U.S. dollars, so it is definitely worth a try.

It pays to be less than 25 years old

Along the same lines as museum entry, European countries offer massively reduced rail, public transport and theatre tickets to people under the age of 25 — regardless of their university affiliation. For 35 U.S. dollars at most, you can get a railpass that reduces fares by one third. From my experience, that initial charge pays for itself after a couple of trips. This doesn’t just apply to rail services, but also subsidized theatres, such as the National Theatre in London. Tickets for those under 25 years of age can be as cheap as 10 U.S. dollars. By just signing up online, you can have a nice evening at the theatre for not a lot of money.

The Italians are particular about their coffee

In the U.S., it is customary to order a coffee along with breakfast. But in Italy, coffee is usually consumed on its own or at the end of a meal. In Rome, I sat down to an early lunch and ordered an espresso. Taken aback, the waiter took the menus from the table expecting that I was only there to drink coffee and not to have a meal. When I asked to have the menus back, he exclaimed, “oh so you want to eat too!” From this experience, I learned to never ever order coffee before a meal in Italy. Don’t do this unless you want to confuse and aggravate your waiter. It is also extremely unusual for someone to order a cappuccino in Italy after noon. So try not to tip yourself off as a completely clueless tourist and get up early for some foamy coffee.

Roman busses are free, sort of

Technically you must legally buy a ticket to ride Roman busses; however, you will definitely stand out from the crowd if you do so. I did not witness one local Roman inserting a ticket into the machine, and busses are so crammed and behind schedule that the driver probably would not even notice if you did not either. So instead of wasting your time fumbling around with the ticket machine, you are better off trying to find a seat on those overcrowded death traps. If you so choose to use this cost-effective mode of transport, be prepared to wait awhile for your bus to arrive at your stop. Traffic is a nightmare in central Rome, so buses that typically stop once every 10 minutes might not show up for 45 minutes at a time.

Wine is cheaper than beer in France and Italy

One of the great joys of studying in Europe is the ability to socially enjoy alcohol in pubs and taverns amongst locals. In the United Kingdom and Ireland, the most economical drink to purchase is a pint of beer or ale, costing you around five dollars. For that matter, bars in Germany, Czech Republic and Austria will provide you with beer by the half liter for as little as three dollars — even a better value than the traditional English pub. But in France and Italy, it’s best to take a break from the bubbly stuff for some wine served by the glass or even by the pitcher for groups. In France, prepare to pay about five dollars for wine and around eight dollars for beer, while in Italy you can buy a liter of house wine to share at an incredible price of around six dollars.

Meals at restaurants take a while

One final and very important thing to realize about dining and living in Europe is that traditions and insistence on small, family-owned restaurants supersedes large chains and franchises. Whereas American waiters push you in and out of your table as quickly as possible, European servers will take more time to serve you and typically exceed your expectations because of their traditions of hospitality.

This means that sometimes you will receive a dessert, coffee or side item that you did not even order. This demonstrates the pride that each restaurant takes in their respective cuisine. So although dinner might take a little longer in Europe, dining out is worth the wait.

My study abroad trip took me to five different countries and many more cities than I can list here. I know that many about to go abroad will have a tremendously different experience than my own.

All of these tips come with a story to tell, and perhaps to encourage others to share their stories  is the most important piece of advice someone who has studied in another continent can give.