British and Blue: A Welcome Return 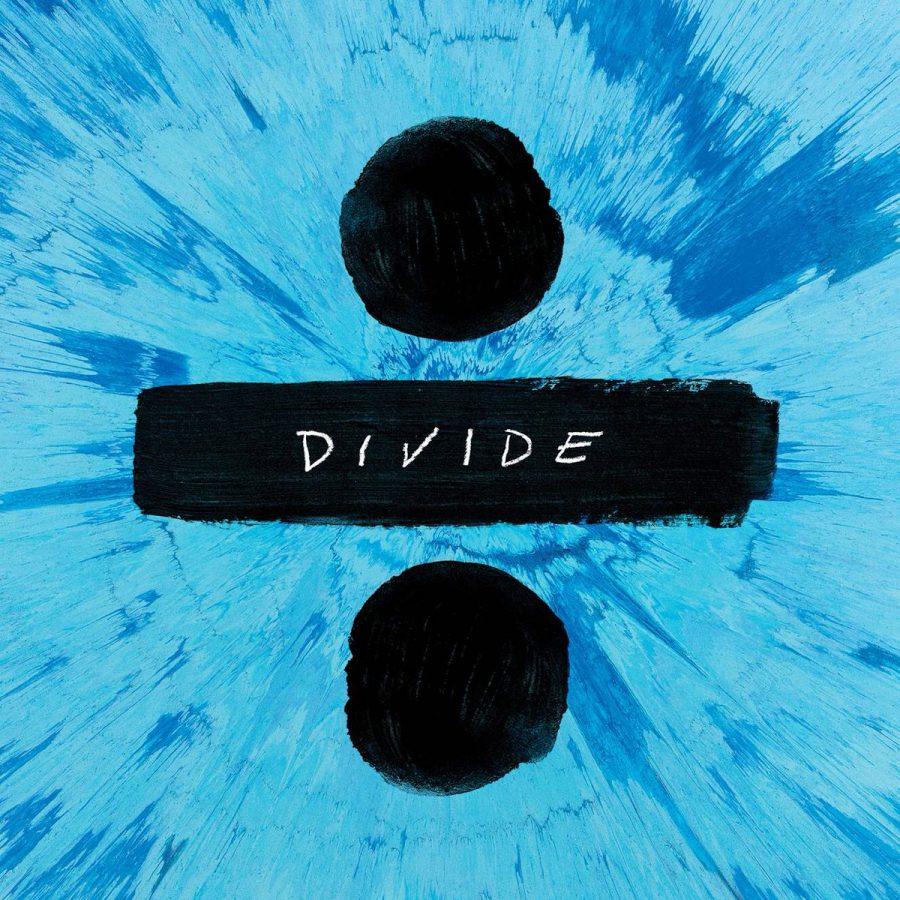 After a year-long hiatus from the public’s eye and social media, Ed Sheeran is back with his third album to date.

÷ (Divide) is the name of this year’s work, following the same mathematical formula as his two previous albums X (Multiply) and + (Plus).

It seems while he was working on this year’s album he also picked up some new and effective marketing techniques. Back in December of 2016, the theories began circulating about the artist’s return to the public after a cryptic tweet by Sheeran containing nothing but a blue square.

Next, starting on Jan. 2, Snapchat released two new snapchat filters that featured snippets of the album’s two lead singles “Shape of You” and “Castle on a Hill” to surprise fans. These singles were later dropped on iTunes and Spotify on Jan. 6.

Almost overnight “÷” was a massive critical and popular success. Debuting in the U.K. Billboard Hot 100 in the Top 1 (Shape) and 2 (Castle) spots, the songs have over 225 thousand and 190 thousand downloads respectively since their debut and are set to break into the American Billboard top 10 list by Jan. 28.

Speaking now about the songs themselves, we can see a distinct tone change from Sheeran’s previous album, X.

“Shape of You” has all the ingredients to be a leading,  No. 1 pop song. In fact, it’s so good I am already feeling sad about how sick I will eventually get of the song, after hearing it on every station for the next six months. With his catchy looping guitar, a trick he perfected in +, we see a much different musical side of Sheeran. Combined with the tropical-house style flourish such as the light marimba, this is made clear as ever.

Rather than crooning sweet nothings as he did with “Photograph,” “Tenerife Sea” and Grammy-winning “Thinking Out Loud” he spices things up with lyrics like “last-night you were in my room/now my bed sheets smell like you” and “boy let’s not talk too much/grab on my waist and put that body on me.”

Here we see Sheeran’s transition from red-haired heart throb to a man who goes to clubs and can (apparently) write promiscuous music. What’s most notable about the song is the poppy tropical influence that is noted in the song’s melody. This out-of-character touch makes sense once you realize that Sheeran had originally been writing the song for Rihanna before keeping it for himself.

“Castle on a Hill” is dramatically different and strikes equally powerful but very different chords with the audience. Sheeran teams up with Benny Blanco again, whom fans may remember as the producer on Sheeran’s 2014 single “Don’t.” Rather than a bass-fueled rhythm however, “Castle” delivers a soaring guitar anthem with raw, nostalgic lyrics that take the listener back to Sheeran’s childhood in the small British suburb of Framlingham.

The title of the song is derived from the ancient castle located in the center of Sheeran’s hometown, whose shadow he fondly sings about playing in. With relatable, heartfelt, almost Springsteen-esque lyrics, this is the song you will scream in a packed arena of Sheeran fans at a sold out concert as you remember what it was like to be nine years old again.

All in all, ÷ is an exciting addition to Sheeran’s discography showing his musical talent stemming far outside of acoustic ballads.

However, die-hard fans must be patient. The album releases in about two months, on March 3, but preorders have been open to the public since Jan. 13. This is one album that I am definitely excited to hear.