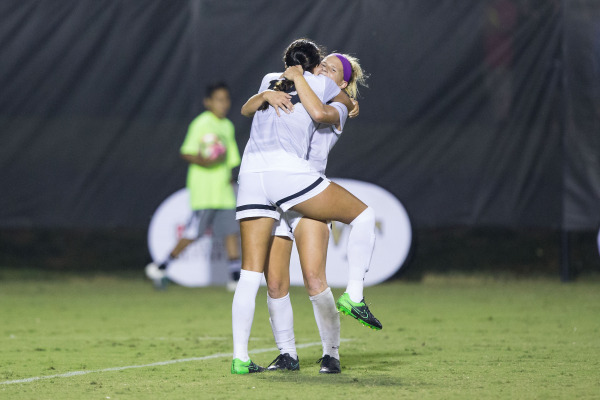 Until the 2014 season, Wake Forest women’s soccer head coach Tony da Luz had not missed an NCAA Tournament as the sideline leader of the Demon Deacons.

Since 2014, though, the program has fallen on hard times. Finishing just 20-28 in the last three seasons, the program hasn’t been able to fully assert themselves in the ever-increasingly competitive ACC in recent years — something absolutely necessary to do if the Deacs’ want to be assured a spot in the NCAA Tournament.

“We improved quite a bit this past fall and the main priority is going to be creating goals, creating chances and try to find somebody who wants to emerge as a consistent goalscorer,” da Luz said.

The spring season, filled with exhibition matches, is a time for the team to gel on and off the field and prepare tactically and mentally for the upcoming fall season.

Practice began Wednesday, Jan. 18, and while the first game isn’t until March, da Luz is expecting growth across the entire roster.

“We have an awesome, awesome rising senior group and an awesome junior group, so we’re excited about the fall, because their leadership is going to be extremely strong,” da Luz said.

Specifically, da Luz is looking at Peyton Perea and Bayley Feist to continue to improve the Deacon’s midfield presence.

The duo of sophomore midfielders combined for 11 goals and two assists last season, as well as taking the first and second most shots on the team, respectively.

That kind of offense will be necessary for the Deacons, who lost seven games last season by a one-goal margin.

The most important element of growth for the Deacons this Spring, though, won’t be found on the stat sheet.

“Developing a mental toughness as a team to be able to get through these spring games and close games and just pull them out,” da Luz referenced when asked about team goals for the Spring season.

“We have to be mentally more resilient and much tougher in trying to win those close conference games.”

The Wake Forest community shows up en masse when the soccer programs are competitive within the ACC, and the Deacon faithful can’t wait to crowd Spry Stadium for NCAA Tournament games once again.