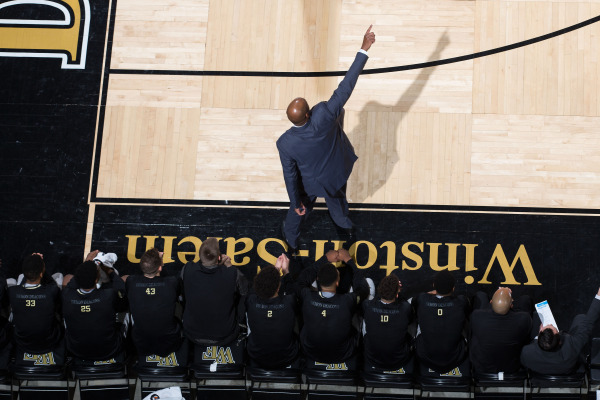 Wake Forest scored the game’s first seven points and never looked back, leading for the full 40 minutes in Wednesday’s contest against Miami.

In the first half it was John Collins’ 13 points and Bryant Crawford and Keyshawn Wood’s combined eight assists that put the Demon Deacons up 48-34 at the break. Their superb first half play was complimented by the best half of basketball Doral Moore has played this season. In eight productive minutes on both the offensive and defensive sides of the ball, Moore scored four points, grabbed three rebounds and caught a highlight-style alley-oop lob, assisted by Woods.

The Deacons carried their momentum into the second half and scored the second period’s first nine points in just over two minutes of play. This momentum paused momentarily, however.

With 11:48 left in the game the Hurricanes cut their deficit to single digits for the first time since halfway through the first half, despite trailing by 23 points just five minutes earlier.

Down the stretch, the Deacs did not make this an easy one to watch, as they committed numerous fouls and untimely turnovers. But it was ultimately free throw shooting that won this one for Wake Forest. With 3:50 left to play, Miami cut it to just six points. The Deacs responded by drawing fouls and sinking pairs of free throws by Collins, Crawford and Woods on three straight possessions to seal this one in Winston-Salem.

Collins finished the game with a career high 27 points and the Deacs won its second ACC game of the season 96-79.

Wake Forest will travel to Raleigh on Saturday, Jan. 21 to take on the N.C. State Wolfpack at PNC Arena.