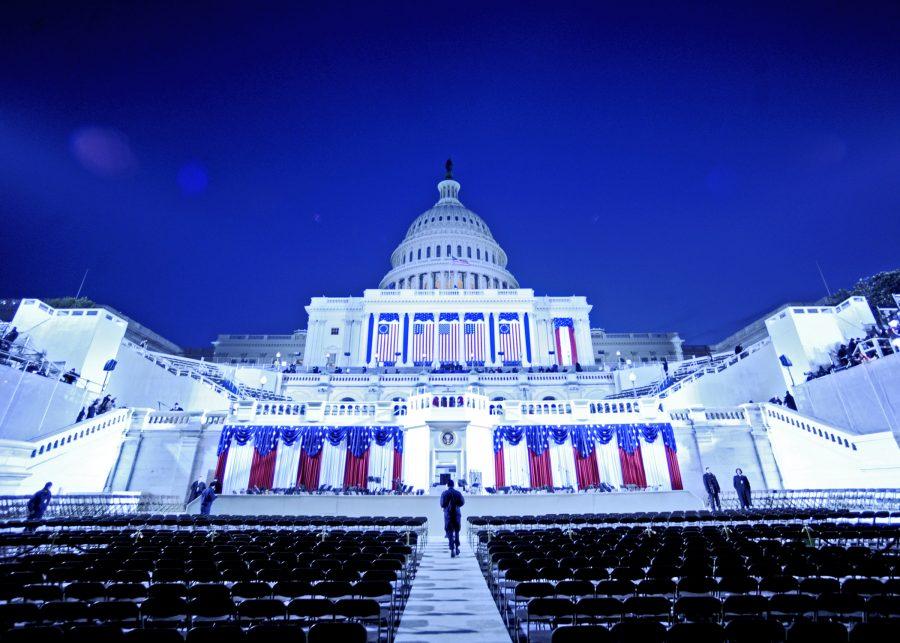 A myriad of Demon Deacons from both sides of the political aisle plan to travel to the nation’s capital the weekend of Jan. 20 to join hundreds of thousands of others for president-elect Donald Trump’s inauguration into office.

The U.S. Department of Homeland Security anticipates that 800 thousand to 900 thousand people will be present at the 58th presidential inauguration, which will be approximately half the attendance of Barack Obama’s 2008 ceremony.

After Chief Justice of the Supreme Court John Roberts administers the Oath of Office to Trump, the “President’s Own” United States Marine Band, which has performed at every presidential inauguration since Thomas Jefferson’s first in 1801, will play “Hail to the Chief.” Other performers will include the Mormon Tabernacle Choir and 16-year-old “America’s Got Talent” veteran Jackie Evancho.

Tom Barrack, Trump’s top inauguration planner, said that he and his team plan to forgo a “circus-like celebration” in favor of “soft sensuality” and “poetic cadence.”

Along with his fellow members of Wake the Vote, freshman Caleb Woody looks forward to continuing his front-lines exposure to American democracy by witnessing the swearing-in.

“I am attending the inauguration because despite who may or may not be taking the office, seeing the transfer of power from president to president live and in person is something incredible that transcends party politics,” Woody said. “I wouldn’t be able to attend the inauguration at all without the hard work and planning of Melissa Harris-Perry and all the others who work really tirelessly over at the Pro Humanitate Institute and through Wake The Vote. So much work goes into making these memorable experiences for me and my peers and I really appreciate all the hard work.”

“Even though I don’t agree with the outcome of the election, it is still a once-in-a-lifetime experience and I believe in taking advantage of every opportunity,” Blodgett said.

In addition to the swearing-in, Wake the Vote will attend the Peace Ball at the National Museum of African-American History and Culture and the Women’s March on Washington.

“The Ball will be filled with so many inspiring people who promote social justice around the nation and the world,” Blodgett said. “I’m excited for the Women’s March because I believe it shows that we can still be activists and voice our opinions during a time where it is really needed.”

Prior to the election results, sophomore Kari Burgess intended to attend the inauguration with fellow members of College Democrats.

“We had a point system set up the top five or six people who did the most activism could go on the D.C. trip,” Burgess said. “I ended up being in the top three. After the election the decision not to go was kind of unspoken because we were just so upset. It pretty much just fell through completely. No one asked if we were still going to the inauguration, it just died.”

Instead of attending the inauguration ceremony, Burgess will participate in the Women’s March on Washington on Jan. 21 and speak to an intersectional group of attendees to create an episode for the podcast Promoting Secular Feminism.

A growing number of Democratic politicians have expressed intent to boycott the inauguration, particularly in the wake of revelations about alleged Russian interference in the election and Trump’s Twitter attacks on civil rights icon Rep. John Lewis.

“his values and his actions are the antitheses of those I hold dear,” Beyer said. “It would be the height of hypocrisy for me to pretend to be part of this inaugural celebration.”

Burgess supported the over 40 Democrats’ aversion to attending the ceremony.

“I think the boycott is a really important stance of solidarity, especially with Trump’s recent attacks on Rep. John Lewis,” Burgess said. “It is difficult to have bipartisan leadership in House of Representatives, but we are not going to sacrifice our views [for the sake of] stability with the opposition … I hate what this has come to, but a peaceful protest is a tenant of the American system.”