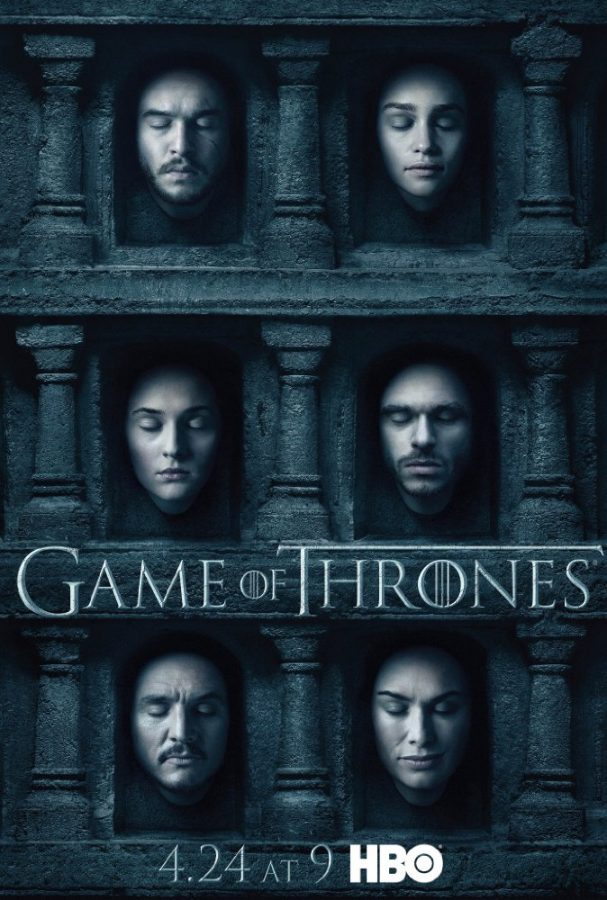 As the new school year begins, many of us may find our mind drifting away from our dim laptop screens in ZSR in favor of the warring and chaotic land of Westeros.

Here’s a brief recap of what you may have missed in season six.

The season begins with Ser Davos, along with the remaining nights-watch loyal to Snow barricading themselves into Castle Black, devising a way to escape from the other mutinous watchmen and protect the body of Jon. In Winterfell, Ramsay mourns the loss of his concubine Myranda, while Sansa and Theon (surviving their drop from the Winterfell walls in the season five finale) escape through the woods, pursued by Bolton men. When all seems lost, Brienne of Tarth and Pod arrive and rescue the duo-Sansa now accepting her protection. In Dorne, Ellaria orchestrates the death of Prince Trystane and King Doran. In Essos, Daenarys is taken by the Dothraki. In Braavos, a blind Arya begs on the streets while being repeatedly beaten by her fellow disciple, The Waif. Back at Castle Black, Melisandre removes her Ruby choker, and with it the magic concealing her appearance; we see her for who she truly is, an old hag.

Meanwhile, Samwell Tarly heads to Oldtown to train as a Maester. He plans to leave Gilly and his child in his old home, Hornhill. In Mereen, Varys discovers that the slave-masters of Volantis, Yunkai and Astapor have been surreptitiously been funding the Sons of the Harpy. Cersei’s new bodyguard is revealed to be a revived and demonic looking Ser Gregor. Arya continues to train against the Waif and eventually has her sight returned after fully accepting the creed of the group of assassins. In Winterfell, Lord Umber asks for help from Ramsay in defending against the Wildlings, offering Rickon and Osha in return. At Castle Black Jon executes Thorne, Olly and the other mutineers before renouncing his oath and stepping down as Lord Commander. Sansa and company arrive at Castle Black to be reunited with Jon.

In Meereen, Tyrion offers the slave-masters funding the Sons of the Harpy peace, but only if they agree to end slavery in the next seven years — an agreement that angers the former slaves of Meereen.

Baelish returns to the Vale in an attempt to rally troops against the Ramsay. In King’s Landing Margaery is permitted to visit Loras while the Lannisters and Tyrells set aside disputes to defeat the High Sparrow.

Osha attempts to kill Ramsay in Winterfell but he kills her instead. He later sends a raven to Jon threatening harm to Rickon unless Sansa is returned. Sansa convinces Jon to march on Winterfell. Daenarys meets with the Khals of the Dothraki and demands her freedom, when it is denied she lights the meeting hall aflame, killing all the Khals. The Dothraki nation then bow to her completely.

Baelish offers his Vale troops to Sansa and notifies her of the Tully army that is organizing in Riverrun, she rebukes him. In Braavos, Arya is given a second chance to kill an actress. Beyond the wall, Bran learns from a vision that the White Walkers were created by the Children of the Forest as a weapon against the first men. In Essos, Daenarys is reunited with Mormont and Naharis. In another vision, Bran is touched by the Night King, making the Weirwood cave vulnerable to attack. Bran, stuck in a vision of his father’s childhood is at risk by the White Walker attack and to save Meera, he tries to Warg into the adult Hodor but instead Wargs into the Hodor in his vision-causing a seizure which is revealed to be the cause of Hodor’s disability.

Arya fails her mission, thus H’ghar allows the Waif to pursue and kill Arya. Daenerys gives an impassioned speech to the Dothraki that convinces them to aid her in retaking the Iron Throne.

With Cersei’s trial looming, she plans on winning her innocence through trial by combat, her champion being Gregor. Expecting this, the High Sparrow convinces Tommen to abolish trial by combat. Varys departs Meereen on an unknown mission, meanwhile the city is attacked by the slave-master’s naval force, but Daenerys returns and wins a decisive victory with the aid of her dragons. The Waif tracks Arya through the streets, cornering her in the catacombs. Arya kills the Waif and places her face in the hall of faces and declares to H’ghar that she is Arya of Stark of Winterfell.

Yarra and Theon meet with Daenarys who agrees to support Yara’s claim to the Salt Throne in Pyke if in turn Yarra pledges allegiance to Daenerys as the rightful queen. Ramsay and Jon prepare for battle but not before Ramsay slaughters Rickon before Snow’s eyes. The two armies clash and when it seems the Starks were about to lose it all, the Knights of the Vale come to the rescue and decimate the Bolton forces.

Jon breaks down the gates to the castle and savagely beats Ramsay within an inch of life. He later takes him prisoner and later that night Sansa has him locked in the kennels and watches as his starving hounds devour him.

Laras is found guilty in his trial by the Seven. Cersei is nowhere to be seen for her trial and it is later revealed that she planted a massive cache of Wildfire under the High Septon. There is a massive explosion that kills Margaery, Laras, Lancel, Grandmaester Pycelle, all the Sparrows and hundreds of Kings Landing nobility. Seeing the destruction of the Septon, Tommen leaps from his window out of grief. In Dorne, Varys meets with Oleanna and Ellaria to discuss a union with Daenarys’ forces against the Lannisters. Meanwhile, the Wildlings, Knights of the Vale, and the lords of the North all pledge themselves to Jon as the new King of the North. Arya, using a stolen face, assassinates Walder Frey and his sons in their own castle. Bran learns from another vision that Jon Snow is not the bastard of Ned Stark that everyone believes he is. In fact, he is the son of Lyanna Stark and Rhaegar Targaryen, taken in by Ned after the death of his parents in Robert’s rebellion. In Essos, Daenerys leaves Naharis and the Second Sons in charge of Meereen before departing for Westeros with her armies and dragons in tow.

As we look forward to season seven, it’s hard to say what the future of Westeros will be. With a new monarch just crowned, a spurned queen crossing the narrow sea, and a new contender to the throne-in the form of Jon Targaryen there are still plenty of players left in the game. The cataclysmic ending to season six sets a new precedent for what we can expect from the main characters in season seven. Overall, we can expect a lot more blood-shed, a lot more betrayal, and (hopefully) a lot more dragon.