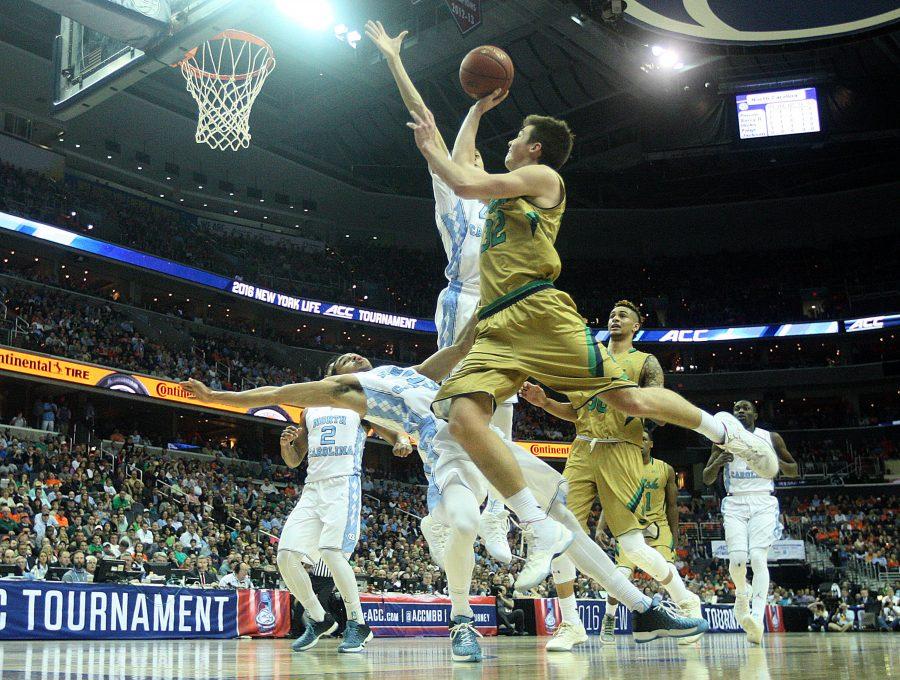 Like always, this past week in Atlantic Coast Conference play saw another slate of incredible games, outcomes and individual performances.

Some games of note include Florida State knocking off Louisville last Saturday, Jan. 21, in Tallahassee, Virginia Tech escaping Clemson last Sunday night, Jan. 22, and NC State shocking Duke in Cameron Indoor on Monday night, Jan. 23. We will also look ahead to some games to watch for the upcoming week as well.

Saturday saw a lineup of great games across the conference, with the top 25 battle between Florida State and Louisville taking center stage. The Seminoles jumped out to a big lead early, followed by a response from the Cardinals, ultimately wrapping up with a final score of 73-68 in favor of the ‘Noles in what was a defensive slugfest. Florida State was very balanced with their offensive production with Jonathan Issac, Dwayne Bacon and Terance Mann contributing 16 points, 16 points and 15 points, respectively. In the losing effort, Louisville was led by Deng Adel with 12 points and Jaylen Johnson with 10 points in the Cards first game playing without injured starting point  guard and Louisville native, Quentin Snider.

In a matchup of middling ACC teams, Virginia Tech traveled south to Clemson for a Sunday night hoops matchup between two teams vying to break out and challenge for an NCAA tournament bid. In what was a back and forth affair, the Hokies made shots down the stretch and came out victorious by a final score of 82-81. Virginia Tech was led by Zach LeDay with 16 points while Clemson was powered by 20 points from both Jaron Blossomgame and Avry Holmes.

In what might have been the game of the week, NC State made the short trip west down Interstate 40 to Durham in a classic Tobacco Road rivalry. The Wolfpack ultimately came out victorious with a final score of 84-82, marking the first win for NC State at Cameron Indoor Stadium in 22 years. Led by a sensational 32 points by potential All American and future lottery pick, Dennis Smith Jr., NC State coach Mark Gottfried notched his 400th career win. Duke was led by Luke Kennard who poured in 20 points and Jayson Tatum who contributed 16 points in the losing effort.

Some games to look forward to over the next week include Duke at Wake Forest on Saturday, Jan. 28, NC State at Louisville on Sunday, Jan. 29, and Duke at Notre Dame on Monday, Jan. 30.

In what is setting up to be a very important game for Wake and Duke, look for both teams to come out with a lot of energy in a game that will lead to sorting out the middle of the pack in the ACC standings. Some key things to watch include whether or not Wake Forest can muster up enough defense to stop Duke’s sharp shooters while Duke will be tasked with stopping ACC player of the week, forward John Collins.

NC State at Louisville is an interesting game as it pits a premier offense against a premier defense. Look for Louisville’s backcourt to crowd Dennis Smith Jr. while the Cards will look to score down low, trying to expose the Wolfpack’s sometimes lax defense.

Finally, Duke caps up a tough road trip weekend by traveling to South Bend to take on the surging Fighting Irish. The Irish will look to utilize Matt Farrell and Steve Vasturia around the three point line while the Blue Devils will try to exploit their size advantage down low with Amile Jefferson, Harry Giles and Marques Bolden.