Deacons triumph in shutout over Oklahoma 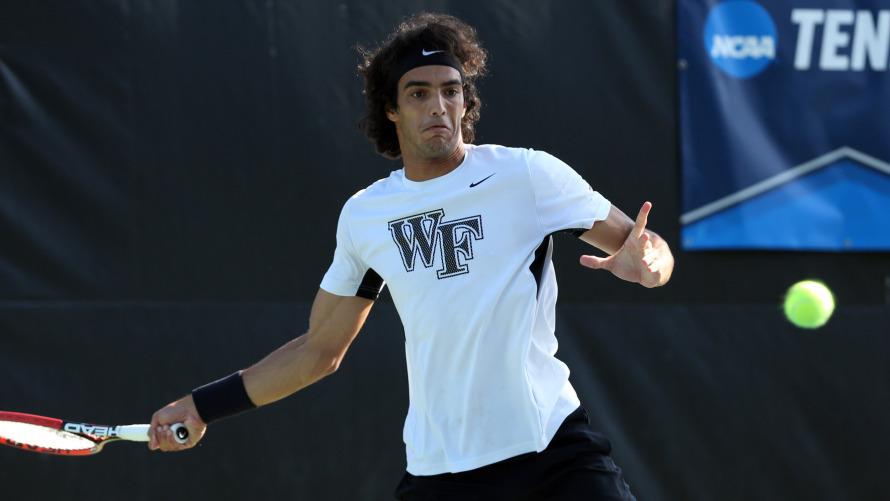 I find tennis to be one of the best sports that exists, and also one of the most challenging.

It requires control over your body, natural coordination, alertness, absolute speed, endurance and that strange mixture of caution and abandonment that we call courage.

It also requires intelligence. Not many have all of these gifts, and, in team sports, if you follow my analogy, it is not often that all parts work as one.

However, the Demon Deacons were firing on all cylinders this past weekend as they shut out No. 12 ranked Oklahoma State.

During collegiate tennis matches, doubles are always played before singles matches. Each coach chooses players based on how well they practiced during the week and gives them a rank.

Skander Mansouri, from Tunisia, and Christian Seraphim, from Germany, were played at No. 1 singles and did not disappoint; the best-ranked doubles team in the nation defeated Andrew Harris and Spencer Papa 6-3.

At No. 2 singles, newcomer Borna Gojo, from Croatia, and Alan Gadjiev, from Uzbekistan, displayed good team chemistry in a match that went unfinished. Playing in their second competitive doubles match together, these two gifted single players were able to win four points in a row, demonstrating their tremendous potential; we do hope that they’ll be giving Mansouri and Seraphim a run for their money.

At No. 3 singles, Petros Chrysochos, from Cyprus, and Dennis Uspensky, from the U.S., defeated Jochen Bertsch and Adrian Oetzbach 6-4.

The same selection process works for singles, but there is a catch: based on how the doubles went, the coach might change his mind at the last second.

At No. 1 singles, Chrysochos defeated Harris 3-6, 7-6 (7-4), 1-0 (10-8). What started as an uphill match proved to be an excellent opportunity for the best player in the country to show his fortitude, since he came through winning both tiebreakers and key set points.

At No. 2 singles, Mansouri comfortably defeated Papa, a top-20 ranked opponent, 6-4, 6-4. This was Mansouri’s first win against a ranked player this season which earned him the honors of ACC athlete of the week.

At No. 3 singles, Gojo proved how important of an addition he is; he easily beat his opponent 6-3, 6-4 and is currently undefeated in singles play.

At No. 5 singles, Uspensky defeated Oetzbach 6-3, 6-2, and demonstrated consistent play.

Early in the match, he lost a couple of serves and ended up losing the first four points of the second set.

However, he win the next six points in a row on his way to winning the overall game. Such mental fortitude is one of a sure to be highly ranked player.

The Demon Deacons will play two home matches this weekend.

They host Nebraska on Friday Jan. 27 and Auburn Saturday, Jan. 28.

These matches against unranked opponents are an opportunity to see other members of our talented roster play.