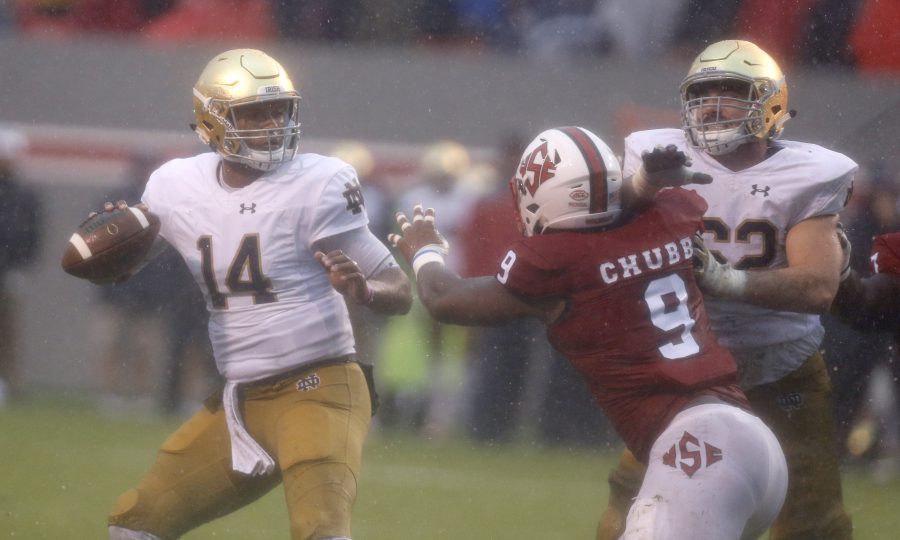 As the NFL Season nears completion, all but two teams, Superbowl contenders — the Atlanta Falcons and the New England Patriots — see the NFL Draft as their most immediate priority.

From the top of the draft board to the bottom, teams seek to add depth in order to stay relevant in the coming seasons. Here are my official pre-combine NFL Draft first-round predictions:

Garrett has the speed to play outside linebacker and the size at 6-foot-5-inches, 260 pounds to be a pro bowl defensive end. He is not the hero the Browns deserve, but the hero they need right now.

Everything points to him busting in the pros. He has huge interception numbers in very college-style offense. But San Francisco may look to take a chance on the best of a mediocre bunch at an overvalued position.

Chicago may also fall victim to passing on the best player available in the hopes of finding a franchise quarterback. Maybe after years of Smokin’ Jay Cutler’s sporadic play, a humble game-manager is just what the city of Chicago needs right now.

The Jags’ young defense gets another freakish athlete. Allen is a surprising agile mauler than can rush the quarterback like Geno Atkins. At 6-foot-3-inches, 290lbs, he can play along the entire D-line.

Many fans may want Mike Williams here, the wide receiver out of Clemson, but Adams is too good to pass up. I’ve heard comparisons to Troy Polamalu for this guy, but Adams has even more length and speed.

A play-making ball hawk that helps make up the best safety class to come out of college in the last five years.

Even with Keenan Allen returning next year, the Chargers will need more help at the wide receiver position and Williams looks every bit as good as the last two star wide-outs from Clemson.

The Panthers will go for the best player available as always and land a generational talent whom has been getting Adrian Peterson comparisons since high school.

This makes too much sense to not happen. He may be the perfect linebacker, able to cover, tackle, and blitz as well as anyone on the Alabama defense.

Not sure how the Bills’ offseason will go, but Quincy Wilson is the top rated corner on a lot of big boards and can be a day one starter in Buffalo.