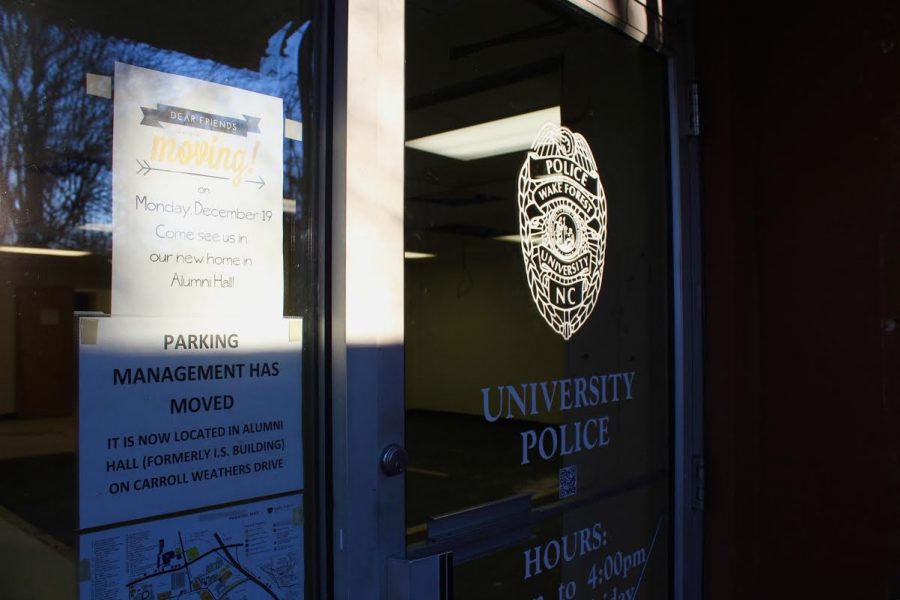 With the recent completion of the Angelou Residence Hall, junior students aren’t the only ones who moved into new locations this semester.

The Wake Forest University Police Department (WFPD) has relocated from their small, rather obscure building, which was located behind the practice football field, to Alumni Hall. The move began during the final weeks of the fall semester and is near completion now.

In an effort to advertise the new space in Alumni Hall, WFPD will be hosting an Open House on Feb. 1. Between 2 p.m. and 4 p.m. WFPD will welcome students, faculty and staff into their new office. The hope is to familiarize the community with the location.

There are many benefits to the new location, which was previously occupied by Residence Life & Housing and Deacon OneCard offices. Not only is the Alumni Hall space vastly bigger, the entire department will now be centralized in one location. Communication was previously separate from the rest of the department, as they were located in Davis.

Stormer also said the new location has other benefits including the flexibility to handle things in-house. Due to the lack of space in the previous building, WFUPD often had to reserve rooms around campus for things, such as meetings and interviews.

The open-house will also provide photos comparing the old and new space, so people can visualize how much smaller the old space was.

Many of the rooms in the old space served three or four functions. Now, in Alumni Hall, rooms have been designated for certain functions.

“Now we have the space to be able to have officer assessments and interviews in the actual police department,” Stormer said. “We can handle training, and house it inside our department. We also have a nice evidence room now.”

For those students and community members who were unfamiliar with the first space, refreshments and a tour of the Alumni Hall space will be available on Feb. 1.