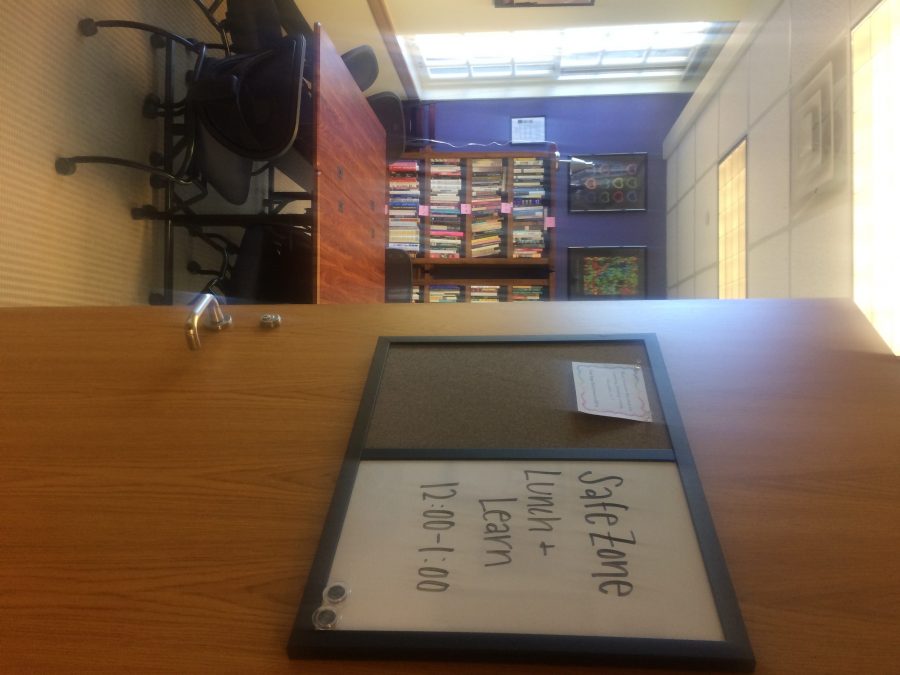 At noon on Wednesday, Jan. 24, faculty, staff and students of all identities and orientations joined together as a community for the first Safe Zone Lunch and Learn event of the semester.

The LGBTQ Center’s Lunch and Learn program is meant to be an extension of their Safe Zone trainings — structured educational workshops designed to introduce participants to the language and experiences of the LGBTQ community as well as foster skill-building for allies invested in creating more inclusive communities.

Director Angela Mazaris developed a Safe Zone program for Wake Forest when she founded the LGBTQ Center in 2010.

“Last semester, we completely revamped it to meet the [most up-to-date] language and to reflect the ways we’re really talking about LGBTQ experiences in an institutional setting,” said Kayla Lisenby, the center’s program coordinator.

“Safe Zones have been on college campuses since the 90s and grew out of a need for building education because we had more and more out students as well as LGBTQ staff and faculty members coming into higher education and not a lot of knowledge about those experiences, identities and how to build an inclusive community.”

Since the program began at Wake Forest, hundreds of faculty, staff and students have participated. Once completed, attendees receive official certification in the form of a large LGBTQ Center sticker to display on their laptop, in their dorm room or office space. The sticker is a visual representation of the safe listening or physical space for LGBTQ members of our campus community.

“Our membership is currently valid for three years so it’s easy to go to a workshop and then not think about it for a while,” Lisenby said. “The Lunch and Learn series serves as a way to continue learning but also offers a way to continue community-building with like-minded people who share similar goals.

At heart, the series is “a way to provide some deeper dive points into different aspects of the LGBTQ experience and identity, [but] also to give … people who commit to doing the work a space to get back together,” she said.

The first theme last semester was “Getting to Know the LGBTQ Center.”

“We had just moved into our new space so we invited people in to learn about the resources we had to physically offer here in the space, such as safer sex materials to brochures to quiet study space,” Lisenby said.

In October, director Angela Mazaris led a discussion on LGBTQ history and the November discussion centered on supporting non-binary students.

“We asked ourselves, ‘What are their niche experiences and what are the specific ways or strategies that we can create more space and support for them on campus?’” Lisenby said.

Wednesday, attendees heard reflections from eight students who recently attended the Creating Change conference in Philadelphia and learned more about the state of the national movement.

“In February, we are going to talk about black students and the intersections of their experience in conjunction with black history month,” Lisenby said.

Pop culture and law and policies will be themes later in the semester.

“At the end of the day, the Safe Zone trainings are a great first step, but building capacity for change is more than education,” Lisenby said. “It’s holding one another accountable, holding space for and advocating for one another.”

Looking to the future, the LGBTQ Center plans to launch some more advanced workshops, the first of which will focus on non-binary and transgender identities.

The themed lunches occur one Wednesday a month at noon in the LGBTQ Center and dessert is provided. Registration is not required, but if interested, see details and register about the program on Wake Forest’s professional development center website.