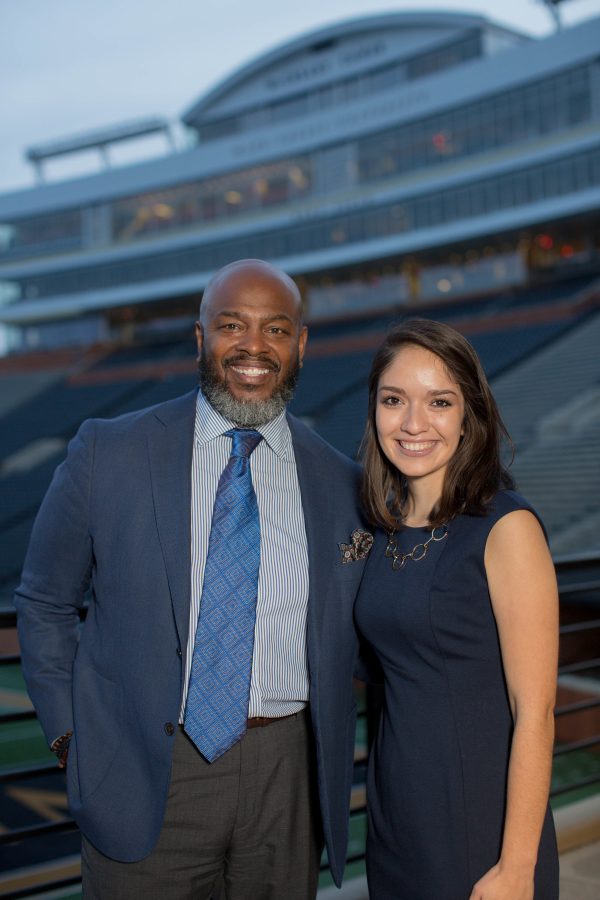 Throughout the third weekend of January, events and celebrations were held nearly every day in the Winston-Salem community to honor the legacy of Martin Luther King  Jr.

The MLK weekend of events was the product of collaboration between students and faculty from both universities, who worked closely to ensure its success.

“I think there is great value in doing events in collaboration with WSSU,” said Sydni Williams, a student volunteer who attended the award banquet and assisted with various events during the MLK weekend.

“As great institutions who are only a few miles apart, we should collaborate more often. The value in our collaborations is having different mindsets, point of views and just overall experiences present at one table.”

In total, six students and faculty members from the two represented universities were thought to have fostered diversity and exemplified qualities of the late civic leader in their respective passions.

Wake Forest’s own Rose O’Brien, a junior political science and international affairs major and Winston-Salem native, was recognized for her tireless efforts with the refugee community in the city that she calls home.

“My job working with refugees is to make them feel more welcome in the city I grew up in,” O’Brien said. “But I’ve found that they do the same for me — when they welcome me into their homes, share coffee with me or cook me their traditional food, I feel welcomed too. I feel very supported by this community and I try to return the favor.”

In November of 2016 O’Brien did just that. Inspired after working with political refugees in Trieste, Italy during this past summer, she decided to organize the inaugural “Wake Refugee Day.”

The event branched widely into the local community and brought nearly 450 guests, 11 speakers and over 70 volunteers. O’Brien’s impact reached beyond facts and figures, however.

“I really think Rose did one of the most wonderful things to these people: she gave them a voice, respect and, more than that, she helped them to maintain their own identity while integrating them into American society,” said Silvia-Tiboni Craft, an Italian professor. “Rose helped them to feel welcome within the Winston-Salem and the Wake Forest Community setting a wonderful example of what it means to be a student of Wake Forest.”

Cazandra Rebollar, a senior psychology major and first-generation college student, received the award to honor her dedication to immigrants, undocumented students and marginalized populations both at Wake Forest and in the surrounding community.

Through her volunteer work at El Buen Pastor and leadership role within the Organization of Latin American Students, Rebollar has shown compassion to those whom many find easy to dismiss. For her, this movement is worth the fight.

“I  simply think it matters,” Rebollar said. “I think the millions of undocumented immigrants in this country matter, and, to borrow a phrase from my favorite professor, a lot of people have a connection to this new immigrant population, whether they realize it or not.”

Hicks has spent time both in the community and nationwide conducting discussions that focus on present-day race relations in America. He has spoken to audiences at various churches and events, highlighting the need for open dialogue and building relationships.