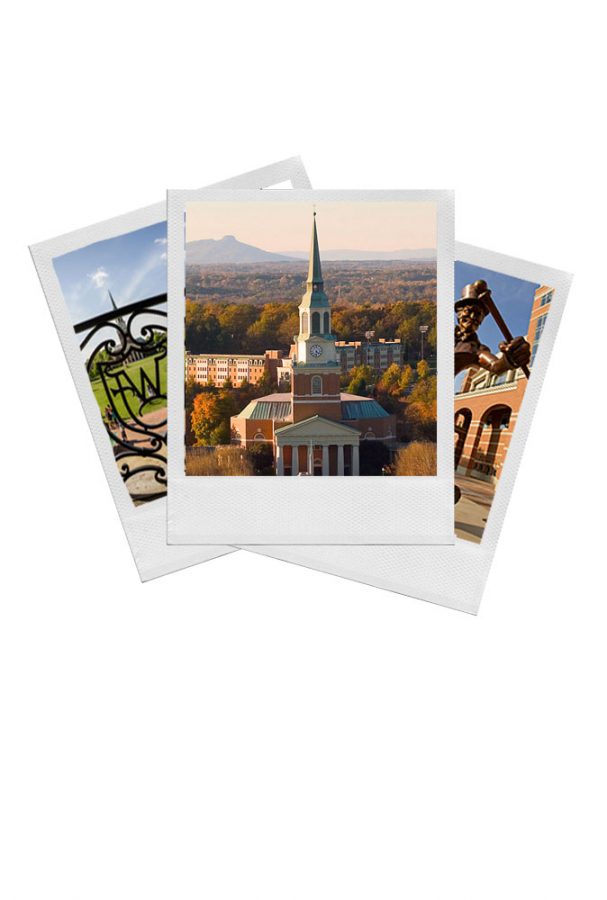 In order to celebrate Wake Forest’s 183rd birthday, the Traditions Council and Student Union will be hosting a Birthday Bash on Friday, Feb. 3 in the Benson Rotunda from 2:00 till 4:00 p.m. There will be cupcakes, games, a photo booth, a visit from the Deacon and displays about Wake’s 183 year history.

2. The school’s original mascot was a Tiger.

4. President Gerald Ford gave the 1972 Commencement Address at Wake Forest while he was a congressman.

5. Wake Forest has had eight National Championship teams in its athletics history.

6. Eleven Wake Forest alumni have served in the United States House of Representatives or Senate.

9. Wake Forest is the only school classified as a “National University.”

10. Wake Forest is one of only two schools to win a bowl game in the 2016 season and post an NCAA-measured football graduation rate of 91 percent or higher.

11. Wake Forest has been named a top-30 University for the last 21 years straight.

12. Brian Piccolo led the nation in rushing and scoring his senior season at Wake Forest University.

13. In 2000, we became the first college or university to have hosted multiple Presidential Debates.

14. When Wake Forest opened in 1834, it was the “Wake Forest Manual Labor Institute”

15. The school was founded in the town of Wake Forest, near Raleigh, NC and moved to Winston-Salem in 1956.

18. Wake Forest had a Winter term between Fall and Spring semesters until 1975.