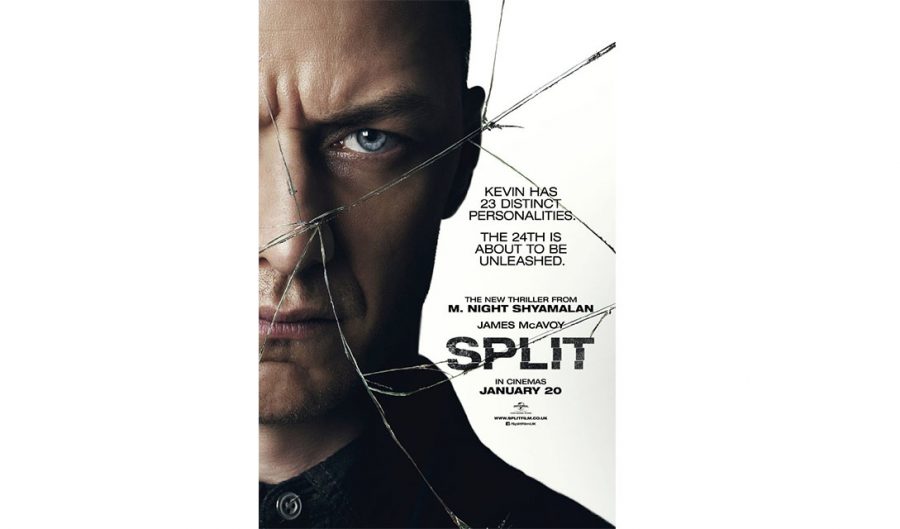 Movie director M. Night Shyamalan does not shy away from controversy.

In fact, it often seems that he enjoys it and thrives off of it. When I found out that he was making a thriller film about dissociative identity disorder (DID), I was immediately concerned that his film would only perpetuate the stigmas and falsehoods surrounding DID.

Although Split is a well-acted, well-directed and effective thriller, my reservations about the film are justified. Shyamalan cannot find a balance between romanticizing and stigmatizing mental illness, making Split an uncomfortable and problematic film.

After three teenaged girls are kidnapped by Kevin (James McAvoy), a man suffering from DID, they are trapped in a small room in a basement with very few resources. Although two of the girls immediately begin to try to escape, the outcast, Casey (Anya Taylor-Joy), takes a more observant and subtle approach as she tries to become friends with Kevin’s various personalities in hopes of convincing one of them to show her the way out. She befriends Kevin’s personality Hedwig, a nine-year-old child, who begins to warn her of a rising personality called “the Beast.” As the story progresses, Kevin’s personalities undergo a critical shift that prepare for the disturbing supernatural climax.

Taylor-Joy, McAvoy and Betty Buckley, who plays Kevin’s psychiatrist, all give formidable performances. Taylor-Joy is one of the most promising young actresses in the business today, which is why it is unfortunate that Shyamalan chooses to focus on McAvoy’s work at Taylor-Joy’s expense. Her performance in Split is as adept as her performance in last years The Witch, though nowhere near as haunting or affecting due to her limited role in Split. I found it disappointing that she spends most of the film looking sad, scared or a combination of the two, when she is clearly capable of more challenging and moving work.

McAvoy is fascinating and terrifying as Kevin. His ability to signal a change in personality with a twitch of an eyebrow, a slight movement or a subtle raise in voice is absorbing and striking. He goes all-out to protray Kevin and his condition, which only maximizes the danger that the film poses. Buckley portrays a compassionate, earnest psychiatrist with skill and ease.

The talent of the cast makes Split a more reputable film, which is concerning given the severity of the falsehoods it perpetuates. It is difficult to accurately articulate my concerns with Split without giving spoilers away. I will discuss spoilers for the rest of the review, so if you would like to avoid them, now would be the time to stop reading.

“The Beast” that Casey and the other girls are warned about is Kevin’s 24th personality, a superhuman with a large, augmented body, super-strength and super-speed. Kevin’s psychiatrist explains that the trauma Kevin went through as a child allowed him to change his brain chemistry at will, thus creating new personalities. By changing his brain chemistry, he can also change his body. “The Beast” kills the psychiatrist and feeds on two of the girls for strength, but chooses to spare Casey because he sees her self-harm scars and realizes she is “pure,” or has experienced suffering like he has (in flashbacks, it is revealed that Casey was abused by her uncle.)

Split essentially serves as a supervillian origin story. The danger of this lies in the all-too-common portrayal of mentally ill people as inherently violent and dangerous. The entire plot is based on the fact that Kevin’s DID causes him to kidnap and kill other people, thus reinforcing the problematic stigma surrounding mental illness. Using incorrect science and horror movie tropes, Shyamalan goes back and forth between romanticizing and stigmatizing mental illness, making Split an interesting but potentially dangerous film.

Since Split is a genuinely well-made and well-acted movie, people are more likely to take it seriously because it takes itself seriously. Split is a good thriller, but ultimately it is an exceedingly difficult film that may have unintended negative repercussions.