Explore all the flavors of London at the Markets 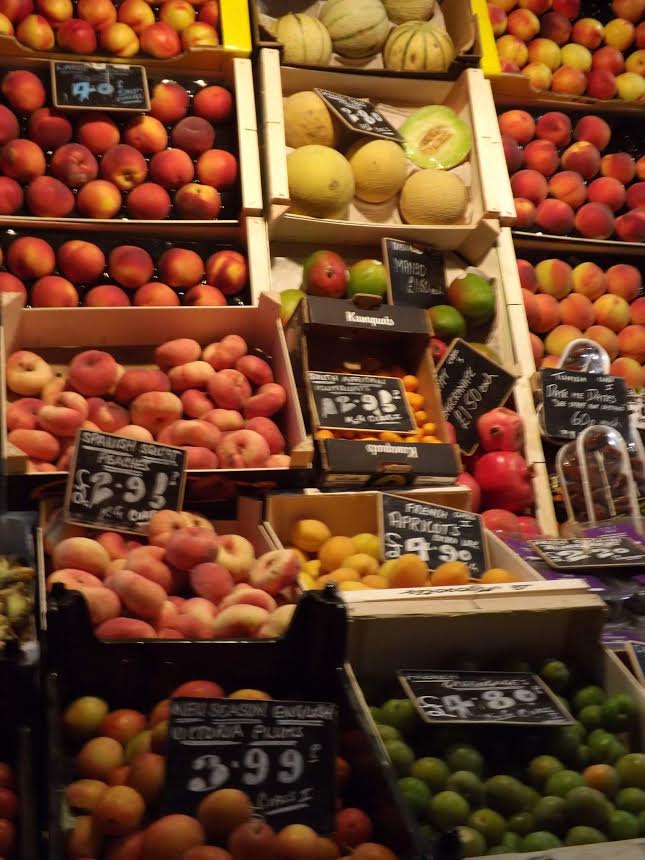 In every new city I visit, I like exploring the market areas.

This is because locals with their artisanal goods and delicious food typically gather in these places. From my personal experience, London’s markets are some of the best in Europe. Not only do the markets in London act as a serving place to buy groceries, but they also offer a local’s view of the city. Plus, any visit to the capital of Great Britain would not be complete without getting lost in at least one of these cultural phenomena.

Camden Lock market offers more than the standard Union Jack-plastered souvenirs. Instead, this market boasts of around 50 food stands (in my estimation) alongside a two-level labyrinth of local craft vendors. My recommendation would be to give yourself extra time here, because it’s more than just a tourist attraction. Rather, Camden Town is the super-hipster part of London, an interesting contrast to the hustle and bustle of the City. Start off your day at the market by visiting Mama’s Jerk Chicken to heat up your taste buds, only to cool them down with the red velvet ice cream sandwich from Blu Top Ice Cream.

If it’s an indoor market you prefer, and especially one with award-winning restaurants, Spitalfields is the place to check out. In the middle of their giant concourse you will find pop-up craft vendors selling leather goods and vintage records. When these vendors close at around 7:00 p.m., the market turns into the greatest food court I have ever seen, with an eclectic selection from Indian food to burgers and even a Philly cheesesteak truck. The real winner of Spitalfields market, however, has to be Bleecker St. Burgers. They were voted the best burger in London, and for good reason. They cook their patties to medium rare creating a melt-in-your-mouth goodness. The juicy beef mixes and mingles with cheddar cheese and a cheese sauce that literally does melt in your mouth. Toppings? Forget about it. Just some grilled onion on top to bring out the flavors of high-quality British beef. But if you’re not one for red meat, right next door is Poppies Fish n’ Chips, which offers one of the city’s better versions of the traditional English pub favorite.

South of the River Thames, things start to feel different. London begins to loosen up in its “liberties,” as they used to be called, and locals seem to always be packing into the pubs and the area’s biggest food attraction — Borough Market. It’s pronounced “buruh” not “beeeauuurrooo” and it makes a difference because you will stick out like crazy as a tourist here. But don’t worry too much, your nose will be your guide to something tasty to eat. My recommendation would be the salt-beef bagel with mustard from one of the pop-up stands. Think of it as some incredibly thick and salty corned beef on a bagel, with some slaw to balance all that salt. It’s really good. But if you are looking for some souvenirs, it would be best to visit one of the other markets. Borough is the best for actually picking up groceries, that is, if you’re not already full.

So if you’re planning a trip to London for an extended study abroad, or for just a weekend, take some time off of sightseeing and get yourself a bite at the market.