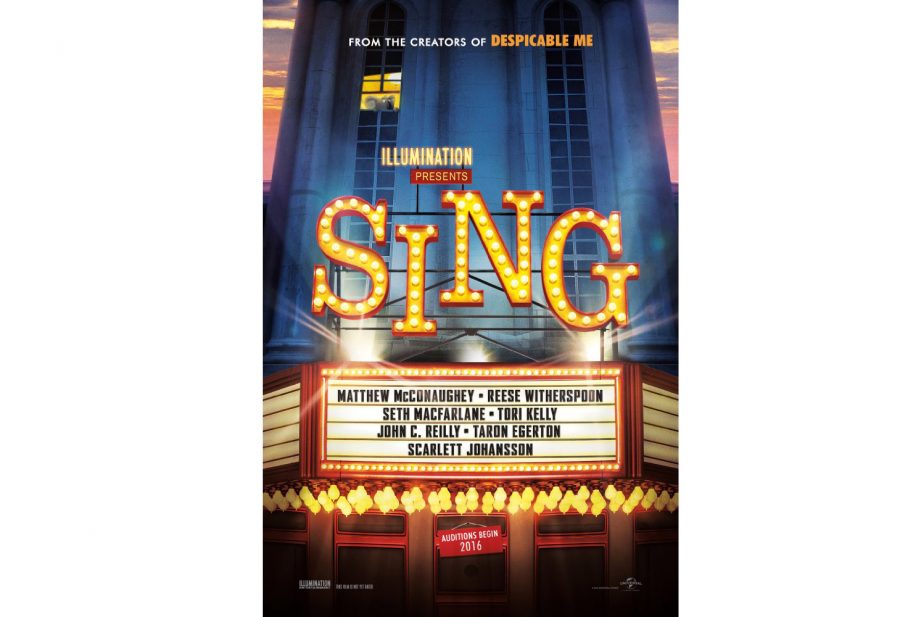 Sing! is a super fun and cute kid’s movie that is currently in theaters. It came out Dec. 21 and I saw it in early January.

This movie has a very silly plot with various exotic animals, including a pig and a gorilla, all competing in an “American Idol” type of competition for the grand prize of $100,000. The host of the competition has some financial problems and puts on this competition so he can save his beloved theater.

Sing! included some good songs, such as “Under Pressure,” “Shake it Off,” “Hallelujah” and “I’m Still Standing.” The movie was filled with a star-studded cast, featuring Ariana Grande, Tori Kelly, Reese Witherspoon and Jennifer Hudson.

Sing! was a super fun movie if you want to sing along and dance in the movie theater, but as cute as it was, I don’t think it was a movie worth the $14 tickets at the theater.

The credits make it seem like the animals will sing a lot of songs that are very current and public. But I didn’t know all of the songs in the movie, and I feel like I am frequently exposed to a lot of songs on the radio.

Maybe the director and producers were trying to put in songs that older generations would know to make it more relatable to them, but even if that was the case, I know a majority of the songs from my parent’s generation. Maybe it was just a low budget movie and they weren’t able to get a lot “big-name” songs onto their sound track.

I also thought the plot was kind of weak — it was just kind of silly, about a little Koala bear trying to save his theater and he puts on a singing competition that ultimately fails.

I wouldn’t recommend this movie to a friend of my age or to a little cousin or a younger sibling. It was just a weak movie. If I was really bored one night and sitting on my couch and it was on TV, maybe I would watch it because it is a happy movie, but it is overall not worth the time.