ACC Recap: No shortage of upsets this week 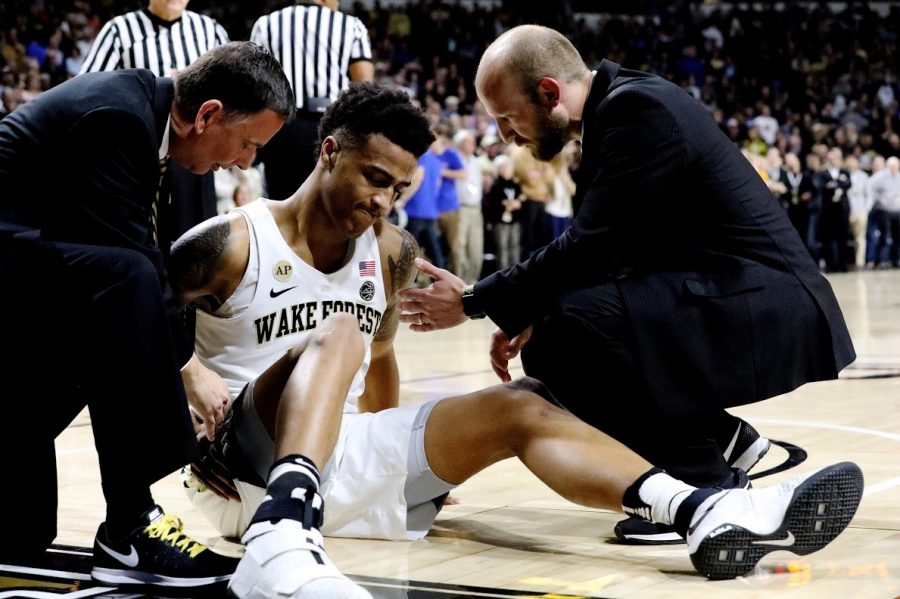 This past week in ACC play was electric.

Several close games, including some monumental upsets, went a long way in helping sort out the logjam in the middle of the ACC standings. Several of those games included Duke at Notre Dame this past Monday, as well as North Carolina at Miami and Florida State at Syracuse, both taking place last Saturday, Jan. 28.

The Duke Blue Devils look as if they’ve found new life after back-to-back road wins against Wake Forest and Notre Dame over a span of three days.

Duke looks to be hitting their stride as a team at just the right time as they took down the Fighting Irish by a score of 84-74 on Monday, Jan. 28.

The Blue Devils were led by Grayson Allen with 21 points and Jayson Tatum who contributed 16 points.

Notre Dame was led by swingman V.J. Beachem who poured in 20 points and potential first-team All-ACC player Bonzie Colson, who added 17 points in the losing effort.

The Tar Heels of North Carolina ran into a buzzsaw in Miami this weekend as the Hurricanes handled the ‘Heels with ease, winning by a final score of 77-62.

The ‘Canes were led by Bruce Brown, who dropped 30 points, a new career high for the freshman guard, and Ja’Quan Newton, who added 18 points in support for the win. North Carolina was led by junior breakout- forward Justin Jackson who contributed 21 points in the loss.

In what was perhaps the biggest upset of the weekend, the red-hot Syracuse Orange stunned ACC front-runner Florida State in upstate New York this weekend by a final score of 82-72. Andrew White III put up 24 points along with John Gillon who added 21 points in what was, without a doubt, the Orange’s best win of the season.

The ‘Noles were guided by Jonathan Issac and Dwayne Bacon who both put up 19 points in what was just the Seminoles fourth loss of the season.

Some games to look forward to for next week include two paramount, Top-25 conference tilts as Notre Dame takes on North Carolina in Chapel Hill on Saturday night, Feb. 4, and Louisville faces Virginia in a battle for conference supremacy on Monday night, Feb. 6, in Charlottesville.

In the battle between the Irish and the ‘Heels, look for a superfluous amount of offense as both teams can really shoot the basketball form deep.

The all-star point guard matchup of Matt Farrell and Joel Berry II will be one to really keep your eyes on. If you want to keep your eyes on a matchup of future NBA stars, look no further than the matchup in the paint between Notre Dame’s Bonzie Colson and North Carolina’s Isaiah Hicks.

In Charlottesville on Monday night, look for Louisville to try and break their offensive stagnation that has been present against UVA in recent years.

In a matchup that promises to be a defensive battle, the conference’s best defenses will clash in what is bound to be a low scoring, grind-it-out type of affair. The guard matchup between London Perrantes and Donovan Mitchell is one to be especially excited for, as the two are some of the most physical and dynamic guards in the nation.