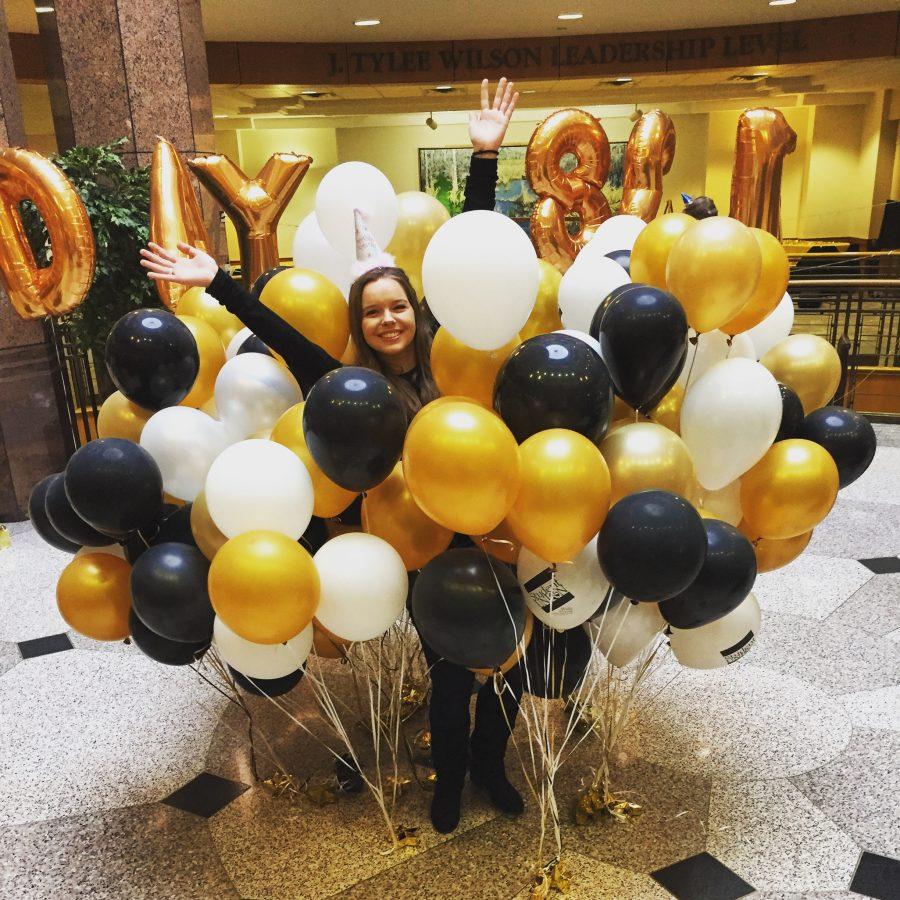 On Friday, Feb. 3, Student Union partnered with the Traditions Council to hold a Birthday Bash, celebrating Wake Forest’s 183rd birthday in Benson from 2 p.m. to 4 p.m.

Sophomore Allegra Brochin is a member of the Student Union and is in charge of “deacon pride,” a new role created to promote school spirit. Brochin proposed the idea for a birthday bash last year as a freshman, hoping it would become a tradition of Wake Forest. Therefore, she decided to partner with the Traditions Council.

“I wanted to start a birthday party for Wake Forest so the whole campus could come together and celebrate Wake Forest,” Brochin said.

Traditions Council advisor Anthony Tang thought that the Birthday Bash created the perfect opportunity for students to remember the values upon which Wake Forest was founded, and the responsibility they have to see the institution thrive today and in the future.

“The Traditions Council exists to honor Wake Forest and its timeless stature in higher education” Tang said. “As with other already established traditions at Wake Forest, an annual birthday celebration for the campus community provided an opportunity to honor where Wake Forest has been and what we have accomplished, while recognizing where we need to go and what it will take to get there.”

Student Union advisor Shannon Ashford has been working at Wake Forest for a year and a half. She believes that people on campus are always very open to trying new things and being innovative while respecting and upholding the traditions that Wake Forest holds dear.

“I think this Birthday Bash is another opportunity to come together as a campus community and [is] something that will bond us together” Ashford said.

Student Union printed and displayed about 120 pictures from junior Jack Chan’s collection of photos of faculty and students to show the diversity and variety between students found on campus.

“Looking at the different pictures lined up and seeing all the different faces that go to Wake Forest … you don’t see that often,” Ashford said. “You’re usually in your like-minded group … but seeing [that collection] was an example of all the diversity that can be at Wake Forest and that is something that brings people together.”

There were also printed pictures of campus throughout the years, some dating as far back as 1886. Others depicted Wake Forest’s newer additions, such as Farrell.

“The photos gave a great perspective of where we were, where we are today and the growth that Wake Forest will continue to see in the future,” Tang said.

Both President Nathan Hatch and the Deacon mascot attended the Birthday Bash to encourage school spirit. There was a photo booth set up, complete with birthday props, cookie and cupcake decorating, and other celebratory foods, such as trail mix, hot cocoa and cotton candy.