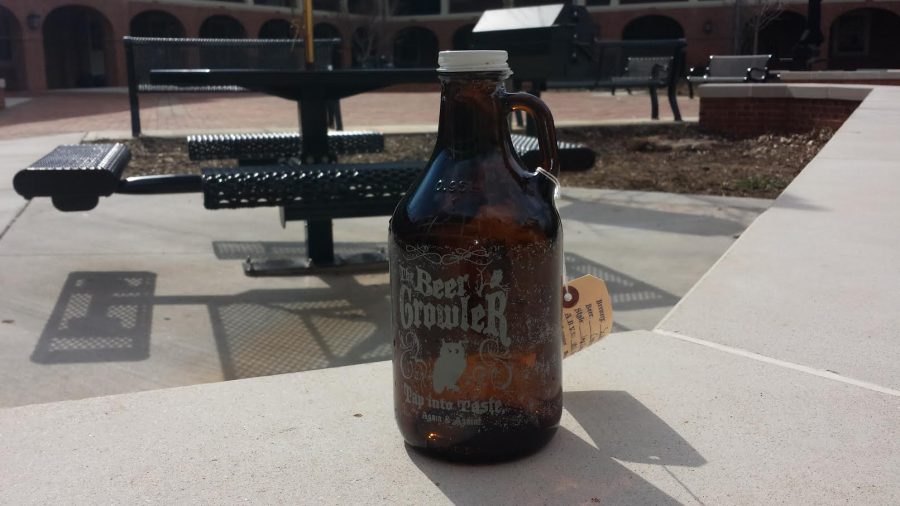 Tucked behind Lowes Foods on Robinhood Road is The Beer Growler, a little bar where beer connoisseurs can sample craft beer from the tap and take it home in growlers.

Customers choose from 48 curated beer and cider selections available in five-glass “flights” or by the 32 or 64 ounce growler. Their location on Robinhood is their first bar to open in North Carolina.

Overall, my experience at The Beer Growler excited my curiosity about craft beer. The bar’s knowledgeable staff, easy-to-understand menu and delicious beer made the experience fantastic and wholesome.

While many micro and craft breweries offer a “tasting room” to educate customers on their creations and the process behind them, very few bars give their customers the ability to sample a wide-range of beers and ciders. The Beer Growler, a franchise founded near Atlanta, plays off of the concept of the “tasting room” by offering customers the opportunity to taste up to four craft brews for free so that they may pick one or two of their favorites to bring home fresh from the tap.

Laura Gillis, one of The Beer Growler’s brew experts,  told me a little bit about the benefits of buying beer from the tap.

“First is freshness and flavor — beer, cider and soda from the tap just tastes better,” Gillis said. “We can often offer beer that has just been kegged. The second reason is that many craft breweries are simply too small to can or bottle their excellent products.”

As I walked into The Beer Growler, I was already committed on bringing home a dark beer such as a stout or porter. The giant blackboard set behind the bar and above the taps appeared mind-boggling — a giant array of names, prices and Alcohol by Volume stats that read like an Excel spreadsheet.

That is, until I figured out that the beers were color-coded by beer type and rarity. The stouts and porters were written in pink chalk, and I began my tasting with something familiar — the “Edmund Fitzgerald” porter by Great Lakes Brewery, Cleveland.

However, I soon realized that you not only bring home the beer, but also the expertise of the staff and the experience of tasting a wide-range of craft beer from North Carolina and around the country.

Manager Daniel Smith then took me around the different stout selections, informing me of their origins and their tasting notes. He put a smoked Imperial Porter in front of me from Triple C brewery in Charlotte. The brew, called “Eyes of the World,” was aged in bourbon barrels which gave it a complex flavor of oak, smoke and spiciness that’s typical of Makers Mark, but not of porters. It was very good, but a little too intellectual for my palate accustomed to easy-drinking beers.

Instead, I brought home a 32 ounce growler of “Choklat,” an Imperial Stout brewed with chocolate from Southern Tier brewery in Lakewood, NY. I chose it for its heavy chocolate and coffee flavors that would serve as a great dessert.

Once you buy your very first growler from The Beer Growler, it’s as if you get an invite to a club of people passionate about craft brew. I will certainly return to the bar with my growler to pique my curiosity and sample delicious craft beer fresh from the tap.