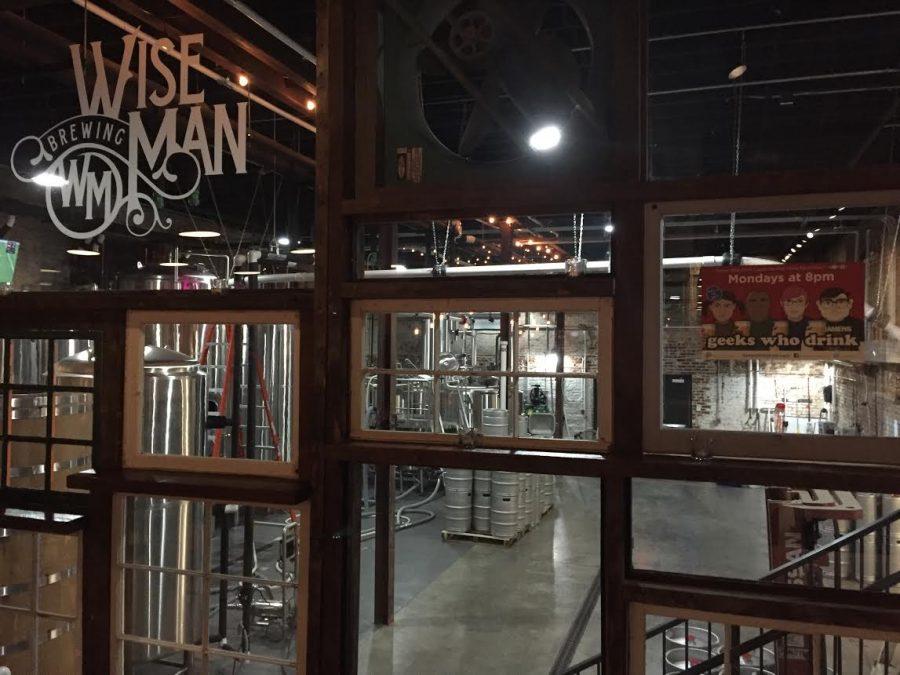 Wise Man Brewing celebrated their long-awaited opening on Saturday, Jan. 28 with an estimated 3,800 guests. According to Michael, a bartender at Wise Man, the brewery went through 35 kegs to satisfy roughly 1,600 bar tabs on opening day. An entire team of managers, owners and employees zipped around the bar delivering beer to customers.

In addition to three Wise Man beers on tap, the brewery also featured beers from local Carolina breweries like Foothills, Liberty, Four Saints, Haw River, Unknown and Bull City. The most popular beers include dry-hopped cream ale Scoop Dogg and Creamsicle Collaboration IPA. Although both beers were “kicked,” or empty, during my visit, I settled on Wise Man’s Tickled Earth, a flavorful dark Saison.

“Besides the fantastic beers, Wise Man’s atmosphere is truly special,” said senior Harris Hickman. “It was cool to go on the inaugural tour of the brewery to learn about the brewing process and meet the Taproom Manager.”

The spacious taproom creates a communal environment, ideal for playing giant Jenga or Cards Against Humanity with friends. As the weather warms, guests can take the party outside to one of two outdoor patios, complete with picnic tables.

While the brewery doesn’t serve food, it does invite local food trucks to serve from its patio. During my visit, La Vie en Rose and Spice Delight were stationed outside the brewery. Guests can grab food from the trucks to eat inside the bar. Other food trucks that have made an appearance in the last two weeks include Nana’s Porch, Flite Time Wings, Taqueria Luciano’s and StrEat Provision.

Despite the competitive brewery market in Winston-Salem, Wise Man Brewing stands out among popular spots like Small Batch, Hoots and Foothills.  Their collaborative beer menu, food truck vendors, entertainment options and overall atmosphere offer a unique experience when compared to other local breweries. Wise Man’s size allows for large scale brewing and expansion of their current facilities, making them a force in Winston-Salem.

“There’s a difference between making a small batch and really brewing,” said Julie, a bartender at Wise Man.

Wise Man encourages patrons to “like” their Facebook page to stay up-to-date with the latest beers on tap and food truck schedule.