Joey Bosa’s impact will be felt in the NFL Draft 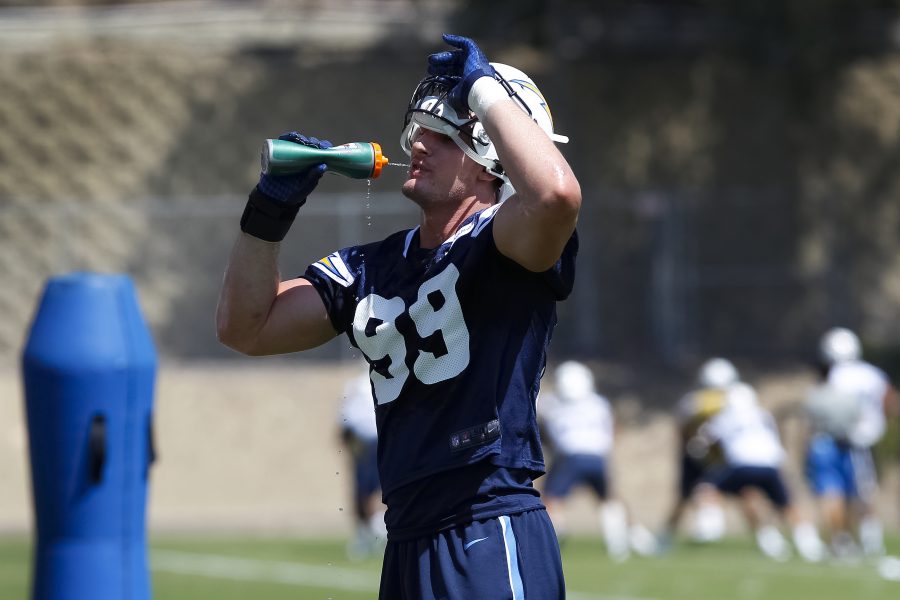 Offense in the National Football League is becoming increasingly pass-dominated, and as a result, defenses are getting smaller and faster to compensate.

While most casual football fans can tell the difference between a 4-3 and a 3-4 scheme, this distinction is meaning less and less every season because of how often sub-packages are being used. This is when the defense trades a member of its front seven for an extra man in the secondary to help in coverage, be it a nickel corner or a third safety. With the majority of snaps now played out of sub-packages, NFL defenses are becoming increasingly similar from the point of view of the fans.

Recently, the Los Angeles Rams announced a switch to a 3-4 defense following the hiring of Wade Phillips as their new Defensive Coordinator. However, this change means more for the Madden game franchise than it does for real life players. Because of how often sub-packages are used anymore, the biggest changes fans will see is Rams edge rushers standing up pre-snap rather than having a hand in the dirt, and even this is more of a personal preference of the player. For personal purposes, every NFL team now essentially runs the same defensive scheme of two interior defensive linemen, two edge rushers, two off-the- ball linebackers, and five defensive backs. A 3-3-5 may also be seen, but when it comes to distinguishing the difference between a 4-3 defensive end and a 3-4 outside linebacker in the NFL, those two titles are basically one in the same. This is the new distinction of an EDGE rusher. It is the reason the All-Pro voting system was changed this year following Khalil Mack making the All-Pro team at both the defensive end and outside-inebacker positions. EDGE rushers are some of the most coveted and highly-paid players in the league, for example the before mentioned Khalil Mack, as well as reigning Superbowl MVP Von Miller and NFL 2017 sack leader Vic Beasley.

The value placed on this position is highly warranted, with a clear correlation between getting sacks and getting wins. But how does Joey Bosa fit into all of this? Last year when Bosa was drafted third overall to the then San Diego Chargers, it sent shock waves through the mock draft community. No one was expecting Bosa to the Chargers. Not for any lack of skill on his part, as the Ohio State prospect was clearly the best edge rusher in the draft, but because the Chargers run a 3-4 defense. Bosa, at 6’5” 280 lbs, was a shining example of a prototypical 4-3 defensive end who would have thrived in schemes that fit him better like Dallas or Jacksonville. But in a 3-4 defense he would be tragically out of place, either too small to be a proper 3-4 defensive end, or too slow to be a real 3-4 outside linebacker. Clearly, the mock draft community was wrong in this assumption, as Bosa led all rookies with 10.5 sacks in just 12 games. The exact same situation of scheme fit being irrelevant was seen this year with Jadeveon Clowney, whom was finally healthy and broke out as the best pass rusher on the Texans not named JJ Watt. The successes of these players’ calls for a paradigm shift among draft analysts. Instead of the archaic method of fitting defensive players onto teams that fit their traditional roles, informed fans should realize that a talented EDGE is welcomed on any team. For this reason, future first overall pick in the 2017 NFL Draft, Myles Garrett of Texas A&M, does not have to worry about landing on a team without a clear positional fit for him. Instead, he should be more worried about being forced to move to Cleveland.