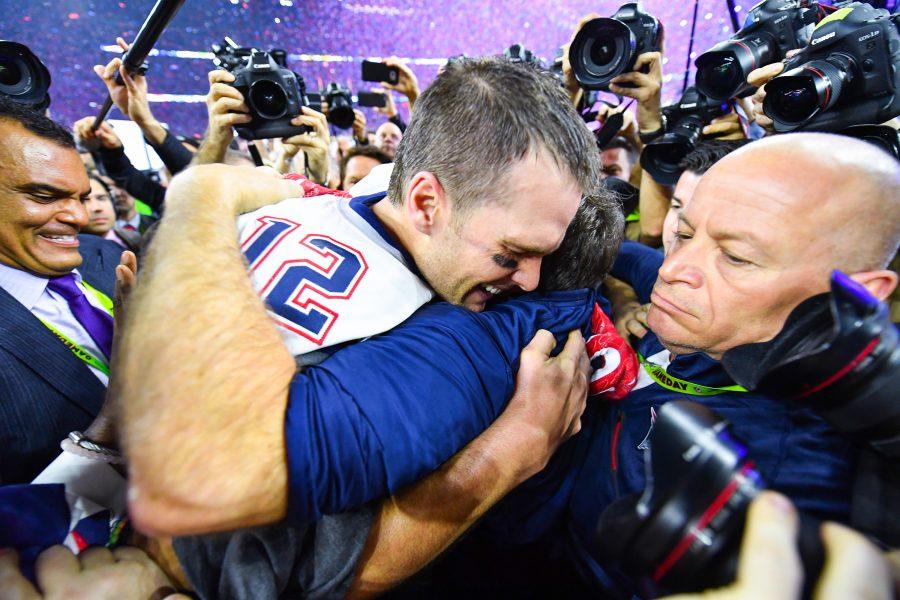 A little before 11:00pm on Sunday night, a sixth-round draft pick out of Michigan hoisted the Lombardi Trophy for the fifth time, looked out upon the delirious Patriot fans at NRG Stadium, and belted out a “Let’s go!” that was equal parts joyful as it was intense.

With his family around him, Tom Brady, almost 17 years after entering the league, finally claimed the title of greatest quarterback — and possibly football player — to ever lace up a pair of cleats.

Ever since the second Circuit Court of Appeals upheld the NFL’s brazen suspension of Brady for his involvement in the Deflategate saga, this march to the top of the football world has been portrayed as a “revenge tour.” While that may accurately reflect the sentiments of the rabid, borderline insane New England fan base, for Brady, this season was one driven by his desire not for revenge but again for validation.

The story is well-known: drafted in the sixth round back in 2000, Brady supplanted an injured Drew Bledsoe in week two of the 2001 season, quickly won three Super Bowls, and seemingly never looked back. However, despite the immense success, supermodel wife and charmed life, Brady has always looked back. In 2011, while reflecting on waiting for his name to be called during the draft, an emotional Brady broke down and started crying. The image of a 33-year-old man (especially one with questionable long hair) tearfully telling the camera it was a “tough day” was unsurprisingly mocked; however, that moment most accurately highlighted what it is that turned a completely unspectacular draft prospect into a superstar. Since he was sixth on the quarterback depth chart at Michigan, Brady has always had a raging persona buried beneath his unrelenting politeness in public. From day one, he has continued to be a hyper-competitive lunatic who remains immensely hurt from the doubters both during college and the draft.

His continued insecurity with doubts from 17 years ago again pushed the New England quarterback, but this year, an extra ingredient was added to his motivational fuel. When asked who his hero was on media day, Brady again teared up and answered “my dad” through a shaky voice. The next day, reports surfaced of his mother’s previously undisclosed battle with cancer, which helped explain the seemingly out of nowhere emotion at media day. Leading up to the game, the usually private Brady continued to emphasize the importance of family. On Sunday morning, he dedicated the game to his mother, and afterwards, he briefly shook the commissioner’s hand before finding his wife, kids and family to truly celebrate the meaning of the victory.

As Bill Belichick expressed Sunday night, he believed it was “insulting” to insinuate that a quest for revenge against the league, Roger Goodell or whomever was Brady’s motivation this year. Instead, it was the same old desire to prove the long-conquered doubters wrong and an unshaking love for his family that helped cement the sixth round draft pick from Michigan as the greatest of all time, and while the rage-fueled quest for revenge is the more entertaining story, the long-proven champion motivated by the same fire from 17 years ago and a love of family is the better one.