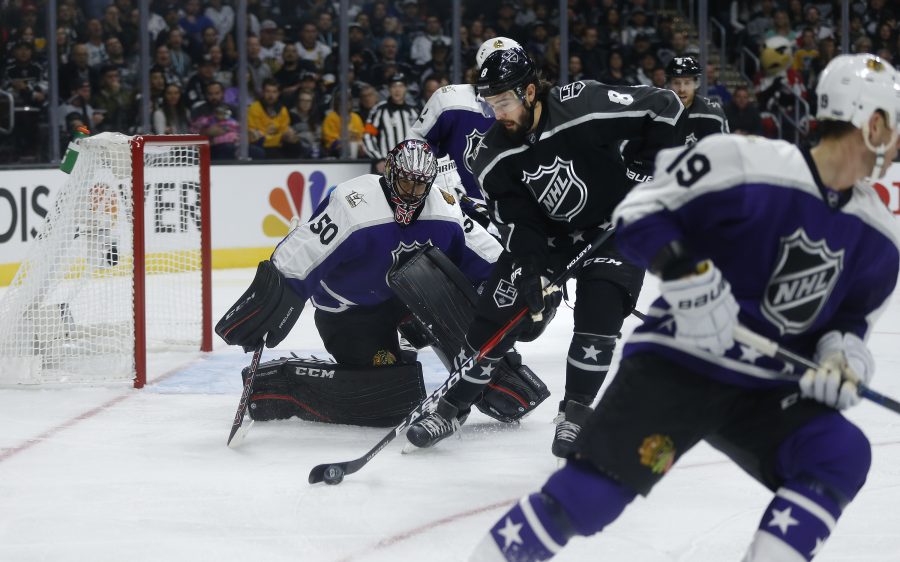 After 10 years at the helm, the Boston Bruins relieved Claude Julien of his coaching duties on Tuesday, Feb. 7.

Coming off a 6-5 loss to Toronto, the Bruins currently hold fifth place in the Atlantic Division and are one point out of the final wild card spot in the Eastern Conference.  After missing the playoffs on the final day of the season the past two years, Julien was facing calls for his job from the moment the puck dropped on opening night.  During his time in charge, the Bruins made the playoffs eight out of 10 seasons and reached two Stanley Cup finals, winning one in 2011. Assistant Coach Bruce Cassidy has been promoted to the Head Coaching position in the interim.  Julien was the longest tenured active head coach in the NHL at the time of his dismissal.

Evgeni Malkin returned to practice today for the Pittsburgh Penguins after missing the past four games due to a lower body injury.  The Penguins are 3-1 in his absence, and have maintained their status as third place in the extremely competitive Metropolitan division.  Malkin is second on the Penguins in points (54) and goals (22), trailing only Sidney Crosby.  The Penguins boast two of the top five point scorers in the league with Crosby and Malkin, who are first and fifth respectively.  Malkin’s next chance to return to action will be on Feb. 9 vs. the Colorado Avalanche.

The Edmonton Oilers are looking to taste the postseason again after 10 long years.  Led by second-year phenom Connor McDavid and his league-leading 60 points, the Oilers are poised to end the longest active playoff drought in the NHL. In an important 1-0 shootout win against the Atlantic Division leading Montreal Canadiens, McDavid led the way for the Oilers drawing three penalties and logging over 20 minutes of ice time.  Cam Talbot got the shutout and Leon Draisaitl converted the winning penalty shot as the Oilers got the full two points and kept pace with Anaheim for the second automatic qualifying spot in the Pacific Division.

T.J. Oshie scored his 20th goal of the season and the Washington Capitals continued their dominant ways with a 5-0 win over the Los Angeles Kings on Sunday. The Capitals currently lead the race for the Presidents Trophy with 80 points, seven more than any other NHL team. The Capitals are looking to end the playoff disappointment that has been prevalent in the Ovechkin era, which culminated last year as the Caps led the league with 120 points but failed to make it out of the second round of the playoffs. While Ovechkin has played for Washington the team has never made the Stanley Cup Finals.

The Los Angeles Kings are reeling after back-to-back 5-0 shutout losses coming at the hands of the Capitals and the Lightning.

According to ESPN stats and information, this is the first time in 42 years that the Kings have suffered such defeats.

A year after finishing second in the Pacific division with 102 points and a playoff appearance, the Kings find themselves struggling to make the playoffs. Currently tied for the final playoff spot in the Western Conference, the Kings are looking for a strong second half of the season to push them to a second consecutive playoff appearance and a seventh in eight years.