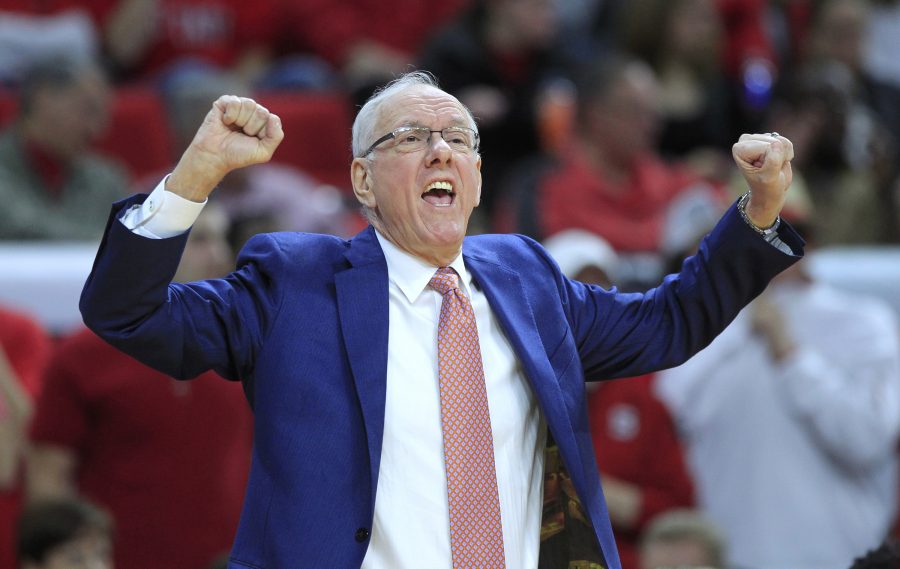 This week’s Atlantic Coast Conference play was one of the strangest we’ve seen in awhile, mostly in part due to the bizarre water crisis that played out in Chapel Hill over the weekend.

This forced the North Carolina-Notre Dame game to be postponed until Sunday Feb. 5 at the Greensboro Coliseum instead of the Dean Dome.

Some other notable headlines from around the league this week include Syracuse knocking off Virginia in the Carrier Dome on Saturday Feb. 4, notching Coach Jim Boeheim’s 1,000th career win, Miami escaping NC State to keep their tournament hopes and bubble watch alive and finally the defensive showdown between Louisville and Virginia that saw the Cavaliers triumph over the Cardinals.

In a back and forth affair between the ‘Heels and the Irish on Sunday Feb. 5, North Carolina finally pulled away down the stretch behind Justin Jackson’s 16 points, with a final score of 83-76. The Tarheels were also carried by Isaiah Hicks’ 14 points and seven rebounds to add to the win. Notre Dame’s valiant effort was led by V.J. Beachem and his 20 points alongside Matt Farrell’s 18 points.

The upset of the weekend comes out of upstate New York as the legendary Jim Boeheim earned his 1,000th career win as the Syracuse Orange took down the No. 9 Virginia Cavaliers. The upstart Orange were led by Andrew White III and his productive shooting as he contributed 23 points in way to the victory. White III wasn’t the only Syracuse guard who had a day, as Tyus Battle also put up 23 points.

In what might’ve been Virginia’s worst offensive effort of the conference season, London Perrantes added 11 points and eight assists in the Cavaliers loss. This has been one of the most exciting and competitive tournament bubble seasons in recent memory and Saturday’s NC State-Miami game in Raleigh went a long way in potentially straightening out the situation. Many thought this was finally the Wolfpack’s year, given all the talent they had. However they dropped yet another ACC game on Saturday, Feb. 4, falling late to Miami by a final score of 84-79.

Davon Reed led the charge for the Hurricanes with 26 points and seven rebounds while Anthony Lawrence Jr. added 19 points. NC State was led by their first year sensation, Dennis Smith Jr, who put up another sensational stat line, totaling 31 points and nine assists in the loss.

In a game that was somewhat overshadowed by the one game suspensions of Louisville’s Deng Adel and Mangok Mathiang for missing team curfew, Virginia exerted their defensive prowess during the second half and ultimately won decisively by a final score of 71-55. The Cavaliers were led by do-it-all senior Perrantes who poured in 18 points in the win. Louisville’s V.J. King commanded the Cardinal offense by dropping in 24 points in the loss.

Some games to look forward to for next week include Florida State at Notre Dame, a classic old school Big East Conference game on Monday, Feb. 6, between Louisville and Syracuse in the Carrier Dome, and finally, the big one on Thursday, Feb. 9 night between North Carolina and Duke in Durham.