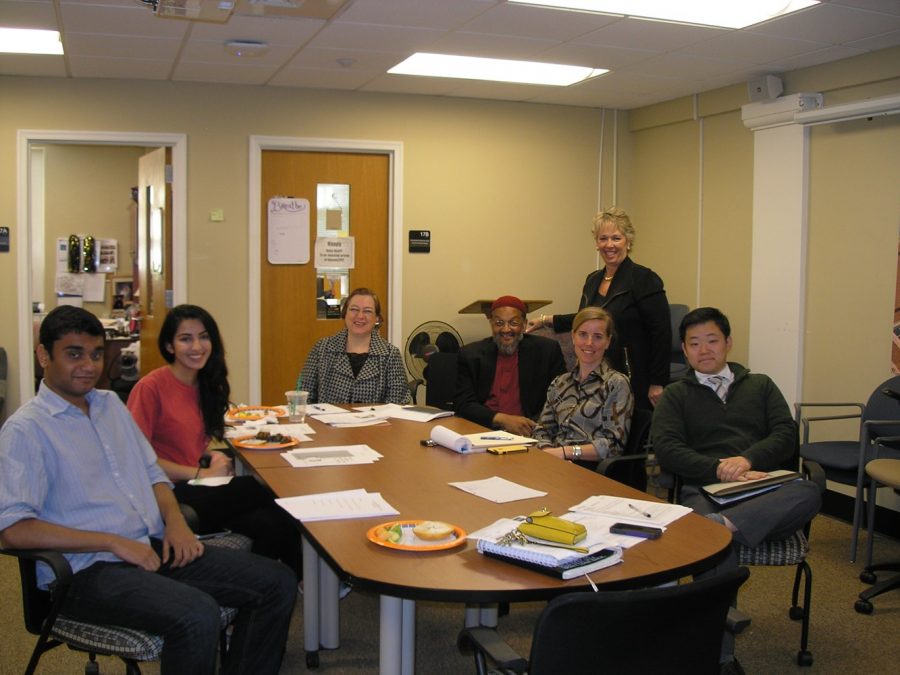 GFC allows students, faculty and staff to collaborate and ensure that cultural cuisines are available in campus dining.

When Gail Bretan first began working for Wake Forest in January 2014, it was students who first helped to show her that there was an interest in diversifying the food options available to students — they wanted to make sure there was matza in the Pit during Passover.

Then, Muslim students who encountered Bretan in her office near the Office of the Chaplain voiced interest in having their own dietary needs represented. Both groups of students also wanted to learn about the other’s traditions.

It was from Bretan’s work with Jewish Life on campus and seeing this organic interest first hand that the WFU Global Food Committee (GFC) was formed.

Then, when attending the first meeting, Jessica Wallace, representing Aramark, suggested there should be more voices around the table. The group then expanded to welcome all interested students.

Bretan reached out to various clubs and organizations, including Global Programs, to reach students from a variety of cultural backgrounds. The Intercultural Center is now a partner of the group as well.

“Now we have a lot more Chinese students who have been contacting me as well,” Bretan said.

The GFC is a resource that brings together Wake Forest students, faculty, staff and Aramark to explore cultural and religious holidays, celebrations and heritages. Through this collaboration, the group learns about the unique cuisines of these different identities and how to share them with campus.

Bretan thinks that this kind of group can not only help to diversify campus dining and make it more inclusive, but that it can also create cross cultural dialogues and understanding.

“It always seems like when people sit at a table to eat together and share stories, they begin to understand each other — people open up around food,” Bretan said.

The group, which has no budget but now has around 50 interested members, meets once at the beginning of each semester to plan and once at the end to address the success of implementation.

Jake Whitehead, a summer intern, researched to compile a database of holidays throughout the year.

“He came up with not just what the holiday is and how it’s celebrated,” Bretan said. “But he asked, what are the traditional foods? How do you cook those traditonal foods?”

Bretan said the group has had a real effect on the options available on campus and that the student involvement has made it really authentic.

“I eat at the Pit almost every day,” Bretan said. “I love how it’s gotten even better since I’ve been here.”

The ideas of the GFC are primarily implemented in the Pit right now.

“This is the flagship place where you could have the most diversity,” Bretan said.

She emphasizes the fact that the cuisine is not just authentic — it’s good. The Pit offers a wider variety of foods than many other campus dining halls and campus dining service surveys show high student satisfaction.

According to the results of a survey published in the Journal of the American Dietetic Association college students and graduates make more healthful dining choices than non-students and indicate a higher interest overall in eating healthy, diverse foods.

While all students are invited to attend GFC meetings, there is so much student interest that an application process may be necessary in the future. This would allow  students to serve as Ambassadors of Cuisine and represent various social, academic, cultural and extracurricular student groups on the committee.