Finding a place in the open space of democracy 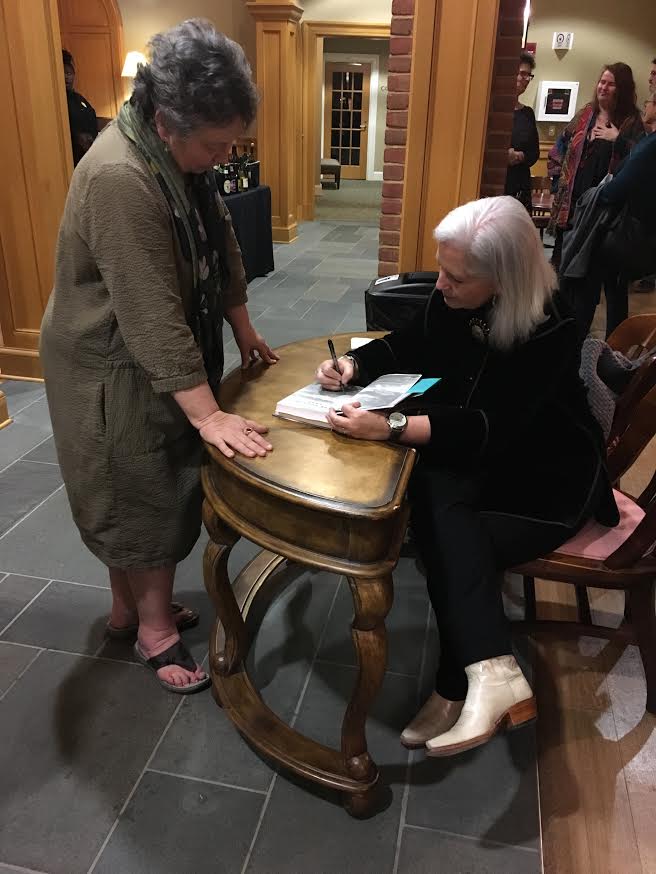 For citizen writer Terry Tempest Williams, the spiritual power of literature and storytelling has allowed her to resist prevalent social and environmental issues such as land depravation.

Williams, a Guggenheim Fellow, traveled to Wake Forest for the week of Feb. 6 through 9. Throughout her stay, she has conducted a writing workshop entitled Writing Resistance: Sustainable Spiritualities in the Anthropocene. The class, made up of 24 Wake Forest students, ranges from freshmen undergraduates to senior graduate students.

The self-proclaimed “accidental activist” also delivered a public talk to students and faculty in the Byrum Welcome Center on Tuesday evening, telling vivid autobiographical stories of her relationship with the Earth that left audience members entranced and touched.

“I could sit and listen to her just read the dictionary” said senior Alex Dean, a student of Williams’ seminar as well as an active listener of her talk.

Audience members were able to do just that. Midway through her speech, Williams read to audience members an abundance of words surrounding nature and organisms that had recently been removed from the Oxford Junior Dictionary and replaced with words like blog and networking.

“A lesson I will take with me from Terry is the idea that the language we use to interact with others can make a great impact,” said senior Maddie Saveliff, a student of Williams’ writing workshop and an attendant of the public talk. “By changing our rhetoric, we can shift our consciousness and recognize the need to be resistant.”

Just as easily as these terms are being removed from our language, our public land is being taken. 42 of our major national parks in the U.S. are currently threatened by oil drilling and fracking, according to the Wilderness Society. Williams encouraged the audience to treasure the “cornucopia of blessings” here in North Carolina, such as that of the Appalachian Mountains, Cape Hatteras, Blue Ridge Parkway and the Great Smoky Mountains.

These spaces, among other National Parks and monuments, are where Williams believes that we can find our place in the open space of democracy. Williams emphasized what a breeding ground this campus is for merging disciplines and inciting activism. For many, this is accomplished through personal experience.

“Never have we needed the notion of storytelling more,” Williams said.

Williams shared several of her own stories that moved the audience. One was a nightmare of a flash of light erupting in the desert that awakened her to the reality that several women in her family had fallen victim to cancer from the atomic testing at the Nevada Test Site during the 50s. She vowed to become a civil disobedient in the name of the women in her family that had passed.

“I think it was in that moment that I began to see the interconnectedness of all things, if not consciously then unconsciously” Williams said.

In both her seminar and public talk, she raised the pressing questions of what we can do to help. She encouraged students and faculty alike to take their love and anger for social and political issues and turn it into “sacred rage.”

Williams challenged the audience to think about their own essential gestures, as everybody has their own gift to use in the form of resistance. Even at just 19 years old, she said, students are holding a universe that needs to be known.

“It is the small things that bloom brightest,” Williams said. “We lose nothing by loving.”