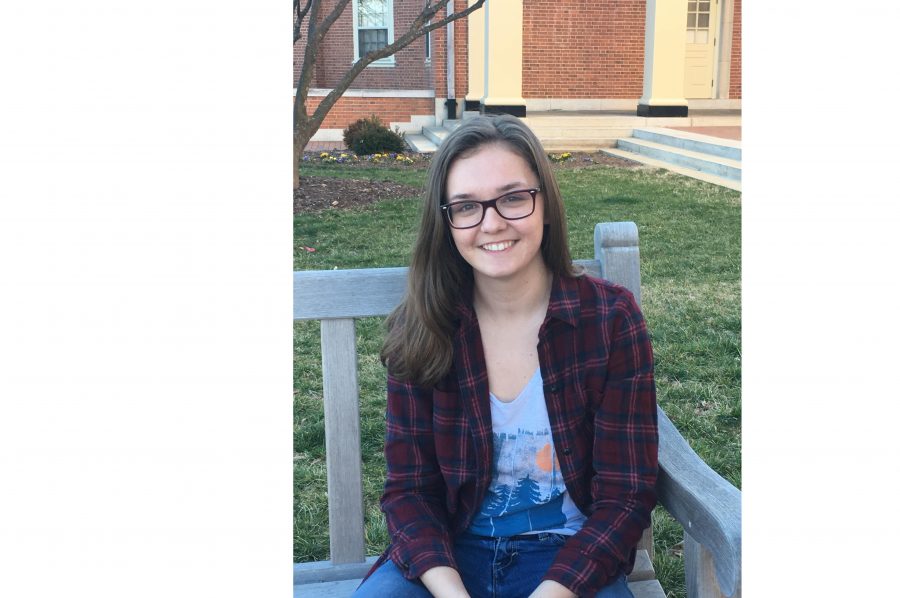 On a typical day, you’re likely to find senior Angela Harper in one of her favorite environments — the physics lab. Lately though, she’s been gracing the pages of press releases.

Two weeks ago, Harper learned she had been named one of the 15 Churchill Scholars who will study at the University of Cambridge for the 2017-18 academic year. She is the first Wake Forest student to receive this highly prestigious award.

At Cambridge, Harper will complete a one-year masters of philosophy in physics, researching lithium ion batteries using computational modeling. Her research will contribute to meeting the need for renewable and sustainable energy such as solar and wind power.

We sat down to reflect on women in STEM, the evolution of her research interests, and her recent accomplishment. When did you develop an interest in STEM-related fields?

I developed an interest in STEM fields at a very young age. I was an astronaut for Halloween when I was six, played with Legos, did science experiments and always played outside exploring nature.

My parents aren’t scientists, but in 7th grade we were learning about the solar system and a teacher helped me see that my dream of being an astronaut could be something that happened in real life, not just as a Halloween costume.

Looking back, a lot of my science teachers in high school were women, which is unique and probably helped me even though I didn’t realize it at the time.

Why did you get involved with the Women in STEM campus organization? What has your involvement meant to you?

I discovered the group at a student activities fair. Kathleen DiNapoli, who graduated last year, and I got really involved because we wanted to make it a way for women in STEM on campus to actually meet each other.

Now with the Innovation Quarter downtown, we’re trying to keep building that network. We’re finally a chartered organization so we’re really excited about the future of the club.

What advice would you offer young women interested in pursuing careers in STEM?

Just do it. Don’t be afraid if someone thinks you’re weird for liking Star Wars or building things. A lot of parents try to give young girls dolls for Christmas — which is fine — but some girls want Legos; don’t be afraid to ask for the Legos. Speak out and do what makes you happy.

Have you found that academic departments at Wake Forest have been supportive of women in STEM?

A lot of people at Wake don’t realize this, but the physics department is great. Every Wednesday, a colloquium speaker comes and talks about science while we enjoy food and refreshments, and there are regular, informal meetings with pizza where we talk about specific subjects.

It’s a cool, supportive environment despite how many male physics professors are in the department. The women I’ve worked with — professors Jacquelyn Fetrow and Oana Jurchesce — have gone above and beyond to support me.

How did you become involved with your current research project?

My first two years [at Wake Forest] I was doing a lot of bioinformatics working with proteins, but when Professor Fetrow left the university, I had to look for a new lab. I was in class with Jurchesce who introduced me to the field of organic electronics and after a trip to a solar energy conference I thought, ‘This is a field I could see myself making a difference in and I am going to be doing well by doing good.’

That aspect is really important to me.

My dream is to be a professor at a university where I can mentor students. I’m a scientist and I love research but I also love teaching and mentoring.

I’ve been a tutor for a while and hope I’ll get to continue that professionally.

What most excites you about being selected as a Churchill Scholar?

I’m the first person to win the award at Wake Forest and I think it’s important to get the university’s name out there, especially with the Innovation Quarter coming to fruition and thinking about the future of the sciences at Wake Forest.

As much as it’s a personal accomplishment, I’m excited about the implications it will have for the university.