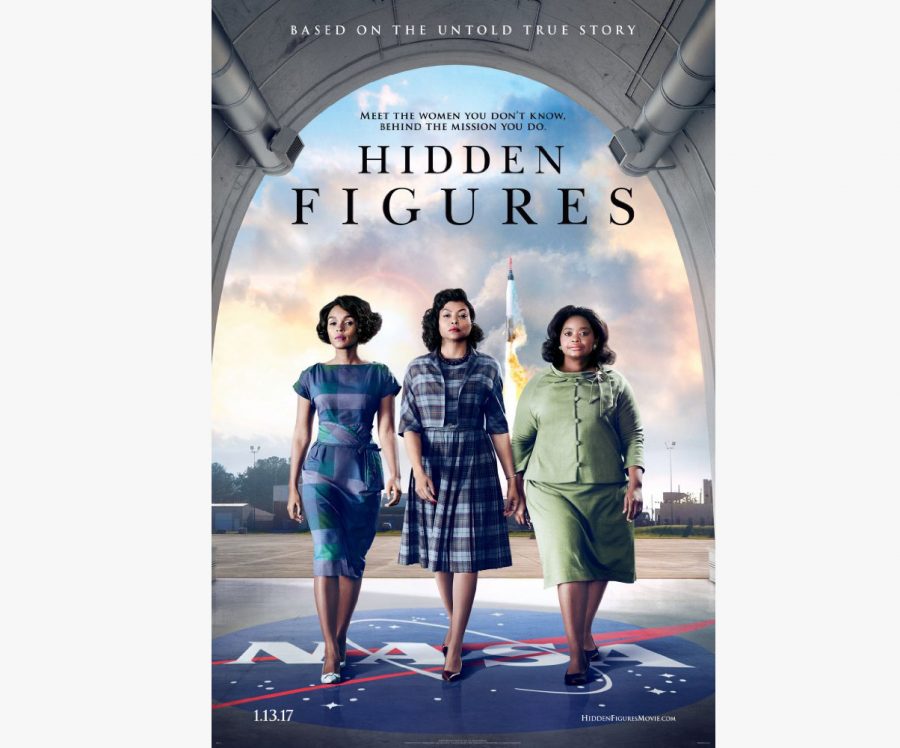 Hidden Figures, directed by Theodore Melfi, is based off the inspiring true events written in Margot Lee Shetterly’s original book.

This movie has been nominated for three Oscars, including the impressive nomination for Best Motion Picture of the Year.

The story follows the lives of three young African-American women — Katherine Johnson, Dorothy Vaughan and Mary Jackson — some of the mathematical geniuses working for NASA during the Space Race.

At the NASA office, these women were known as the “computers” since they were responsible for crunching the numbers that were used to successfully send the rockets to space.

This movie observes the difficulties that these women faced on a day-to-day basis while trying to do their jobs because of discrimination against their gender and race.

Regardless of these difficulties, Johnson, Vaughan and Jackson each prove that they are just as capable, if not more so, than the men who are traditionally given the larger roles in the NASA office.

The movie follows each of these women as they fight to break down the boundaries within the NASA office in order to serve their country and do their part in becoming the first country to put a man on the moon.

Not only was this movie a phenomenal performance by the actors, I was also very impressed by the way this historical story was told and how quickly I was drawn in.

Many times I am skeptical about going to see a movie based on true events because I’m worried that it will turn into more of history lesson rather than a relaxing experience. This was absolutely not the case for Hidden Figures. I was captivated by this movie through its entirety, waiting for the next rocket to be launched or calculation to be solved.

I also think that this movie appeals to a variety of audiences. As a college student I appreciated the historical nature of the movie and I felt that I walked out with improved knowledge of the Space Race. However, I think that my 15-year-old sister would enjoy this movie too, because it is also simply an entertaining story.

This movie can also serve as an inspiration for younger kids, as it reveals important lessons about chasing your dreams and breaking down any boundaries that are keeping you from accomplishing your goals.

Overall, I would recommend this movie to someone who wants to become more informed about the Space Race and the women behind the scenes as well as someone who just wants a good story. After leaving the theater, I had no questions as to why this movie has received the nomination for Best Picture.